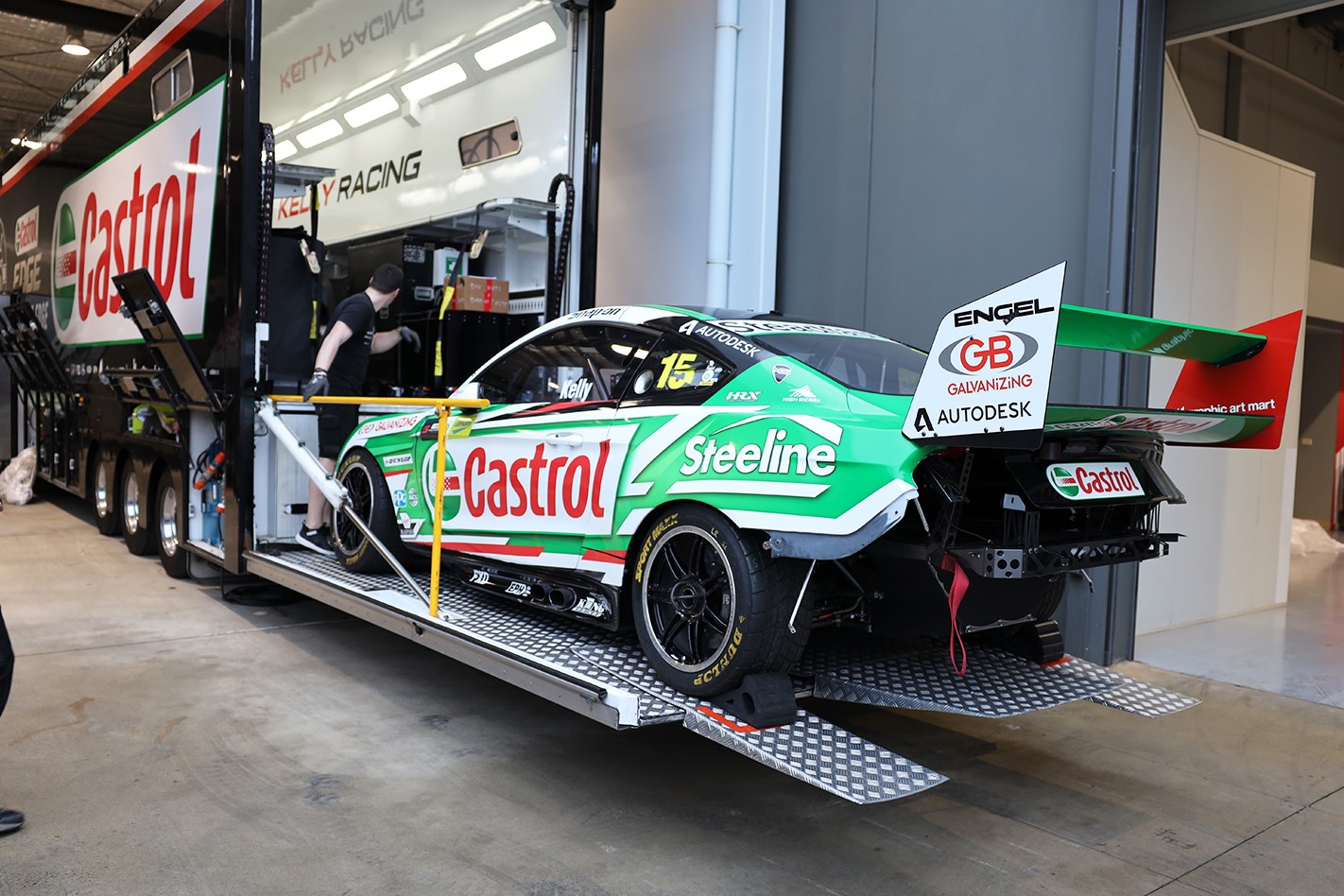 Yesterday afternoon Kelly Racing made the decision to relocate its essential staff, equipment and race cars to NSW before the Victorian border closure.

Off the back of Round Three of the Virgin Australia Supercars Championship less than two weeks ago, the team’s two Ford Mustangs were completely stripped down for servicing. They had no engines, gearboxes or suspension componentry as of the midday announcement. 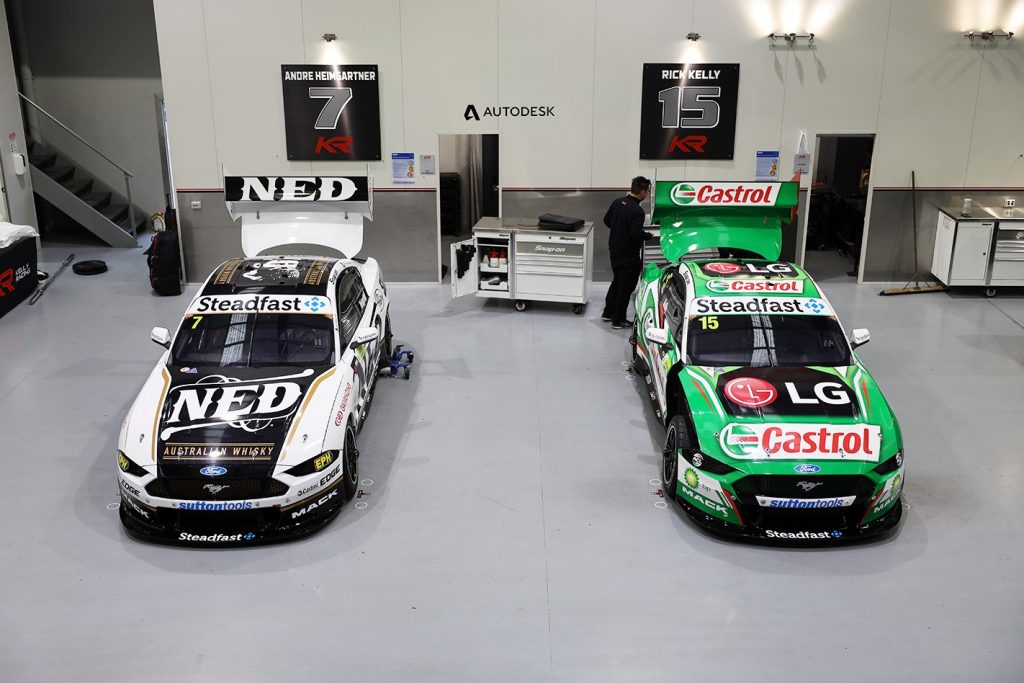 Putting the cars completely back together for a race weekend would usually take a few days with four full-time mechanics, however with only twelve hours until Melbournians would be locked out of NSW, it was all hands on deck to get the cars fitted with engines and suspension so they could be loaded into the race transporter ready to hit the road.

In a little over four hours the crew had the cars mostly fitted out and ready to roll into the truck. The cars were rushed together with any parts that were available and all spares were thrown into the truck, ready for a proper nut and bolt assembly once across the border.

With everything loaded-up and essential team members packed for a minimum of 28 days away from their families, the race transporter and team coach left Kelly Racing’s Braeside headquarters just after 5pm with the aim to be on the NSW side of Mildura by midnight.

The crew arrived safely at the Kelly family farm early this morning while the team’s Mack truck wasn’t far behind.

The plan now is to unload the truck and setup the on-site sheds as the new temporary home of Kelly Racing. The cars will be prepped over the next few days at the farm for the upcoming round at Sydney Motorsport Park.