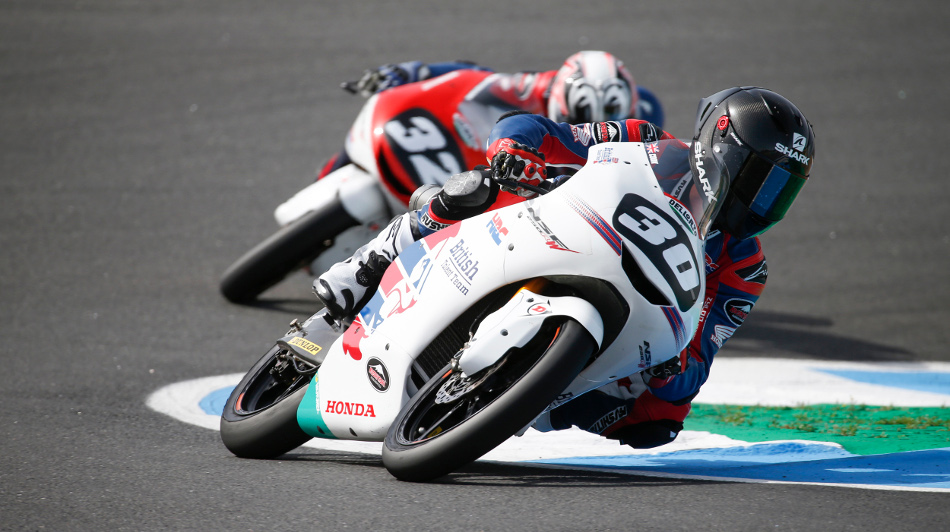 British Talent Team’s Max Cook enjoyed his best-ever FIM Junior Moto3™ World Championship ride under the Portuguese sunshine of Estoril. After a career-best qualifying yesterday, the Bristolian backed it up with a superb seventh place finish, narrowly missing out on a podium finish by just over half a second.

In a typically chaotic Junior Moto3™ race, the leading seven riders were able to detach themselves from the chasing pack early on. Cook, however, battled his way through to eighth from his 12th place grid slot, before then chipping away at the leaders and eventually joining them with only a handful of laps remaining. After a faller, Cook was promoted to seventh and, despite pushing on the final lap, the 17-year-old was unable to improve and took home nine points. 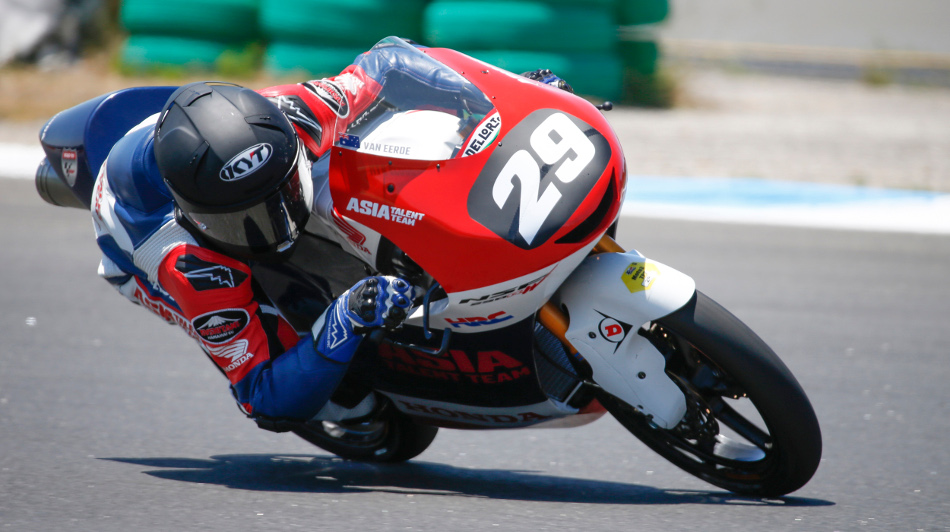 However, it was by far and away the best performance of his young Junior Moto3™ World Championship career, eventually ending 0.827 of a second adrift of the podium and 1.752 of a second away from the eventual race winner, Xavier Artigas (Leopard Impala Junior).

Cook wasn’t the only Junior Talent Team rider to put in an impressive display though, with Asia Talent Team’s Takuma Matsuyama crossing the line in ninth. The Japanese rider, making his debut, got the better of former Moto3™ World Championship competitor and compatriot Kazuki Masaki (Laglisse Academy) to take a brilliant top ten finish in his first race in Europe.

The good news for both Ogden and Van Eerde is that they don’t have to wait long for retribution with round 2 taking place in just six days at the Autodromo Internacional do Algarve in Portimão. Cook and Matsuyama, meanwhile, will be looking to carry their good form into Round 2 and aim to mount a challenge for the podium.