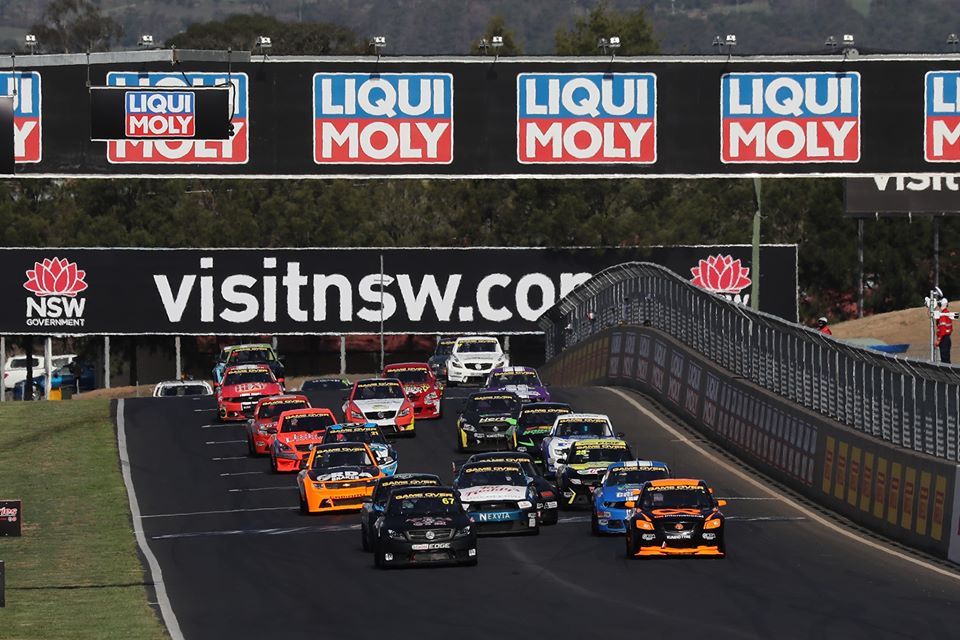 The Aussie Racing Cars Championship will race at Bathurst twice this season on its new-look 2020 calendar.

Following a long-awaited return to Mount Panorama at February’s Bathurst 12 Hour, Aussie Racing Cars has also locked in a place at the Bathurst 1000 just months later. It means that half of the season will unfold at Australia’s most famous circuit with a compact, four-round calendar assembled in response to the COVID-19 pandemic.

Aussie Racing Cars gets back on track in historic Goulburn as one part of August’s Wakefield Park Spring Festival, run by the Historic Sports and Racing Car Association of NSW. The much-loved circuit represents a bullring for the pint-sized racers and a new challenge for much of the field given the series last visited there in 2008.

Round 3 is the second trip to Bathurst, which saw four different winners from as many races last time around. The season will climax at yet another marquee event when Aussie Racing Cars supports the highly popular Sydney SuperNight at Sydney Motorsport Park in December.

A second Bathurst round means that the high-aero wing kits will be put into action again, while the standard aero package will be used at Wakefield Park and in Sydney.

“I’m excited to confirm the revised 2020 calendar for Aussie Race Cars which will re-start on August 28-30 at Wakefield Park, followed by the Bathurst 1000 and Sydney Super Night Supercars events.  The revised calendar will consist of these events plus round 1 already completed at the Bathurst 12 Hour and will have Championship Status.  said Aussie Racing Cars Category Manager Brad Ward.

“A focus on NSW events helps to keep travel costs down for our teams and minimises the possibility of further disruptions to the series”.

”I know a lot of our drivers and teams can’t wait to run Wakefield Park as we haven’t raced there since 2008 and I’d like to really thank the Historic Sports and Racing Car Association of NSW (HSRCA) for including ARC on the program.  The HSRCA and ARC share a strong focus on comradery, working together and family feel and so I am really looking forward to working the HSRCA team to deliver a fantastic event in regional NSW”

Josh Anderson leads Paul ‘The Dude’ Morris and Craig Woods at the head of the standings after a breakthrough race win in the first Bathurst round.

The season restart at Wakefield Park takes place on August 28-30.