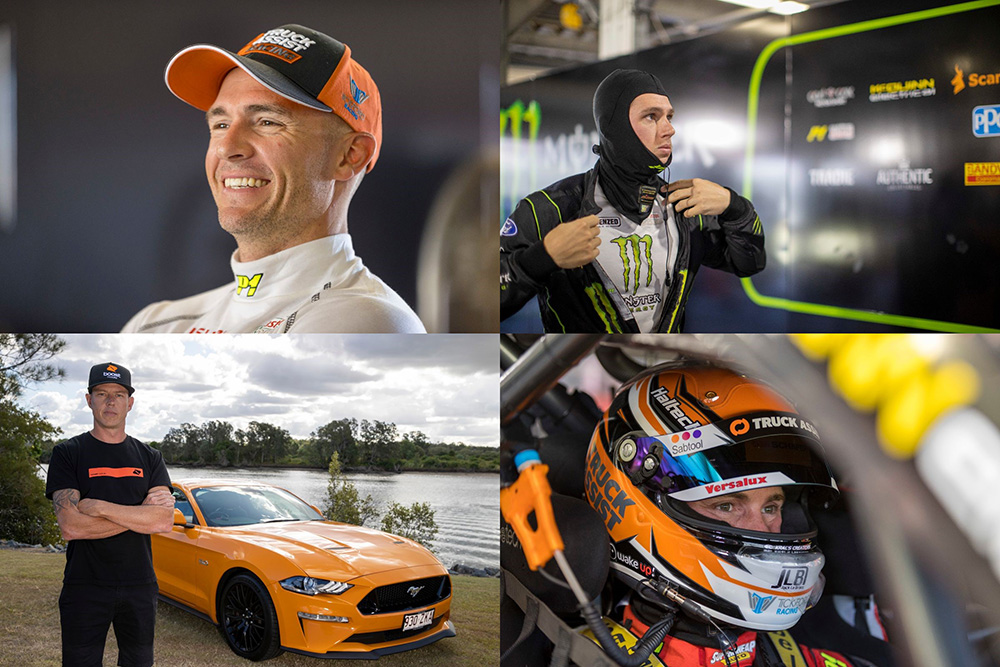 Following a three-month hiatus from racing due to the COVID-19 pandemic, the Virgin Australia Supercars Championship returns to action June 27-28 at Sydney Motorsport Park for the BP Ultimate Sydney SuperSprint.

It will be the first Supercars race event at SMP since 2018, thus the Ford Mustang Supercar will make its race debut at the 3.91-kilometre circuit which is slated to hold three races across Saturday and Sunday. Team personnel numbers have been trimmed to 13 per two-car garage, including drivers, to ensure safe social distancing measures can be followed at the New South Wales circuit.

Cameron Waters (No. 6 Monster Energy Ford Mustang) leads the team on points heading into Sydney, sitting fourth in the championship after a third place finish in the most recent completed race in Adelaide back in February.

With 12th and sixth place finishes in Adelaide, Lee Holdsworth (No. 5 Truck Assist Ford Mustang) sits seventh in the championship heading into Sydney.

Jack Le Brocq (No. 55 Supercheap Auto Ford Mustang) made notable improvement in his first and only full race weekend with the team in South Australia, nabbing a 12th place finish in Race 2. The Victorian heads into the SMP round 15th in the overall championship.

2010 Supercars champion James Courtney (No. 44 Boost Mobile Ford Mustang) will make his debut for Tickford Racing at Sydney Motorsport Park. Courtney and Boost Mobile Racing joined the team last month following the withdrawal of 23Red Racing’s primary partner. While it will be Courtney’s first round with Tickford Racing, it will be notably his 200th career Supercars race round. Courtney enters the weekend 22nd in the championship after starting the season at Team Sydney in Adelaide.

The Sydney SuperSprint will officially host Races 7, 8, and 9 of the 2020 campaign, each 130 kilometres in length with one compulsory pit stop for at least two tyres and no refuelling. Qualifying for Race 7 will also include a Top 15 Shootout to set the grid for the first 33-lap race of the weekend.

No. 5 Truck Assist Ford Mustang
Lee Holdsworth
“I’m really excited to get back into the car this weekend. I think we’ve all been going a bit crazy waiting to get back to racing, so it’ll be awesome to be back at a race track. There’s a lot to adapt to, new formats, less time between sessions, obviously pit stops will be a bit different, but I’m confident we can get the Truck Assist Ford Mustang on the pace and fight for some strong results this weekend.”

No. 6 Monster Energy Ford Mustang
Cameron Waters
“Obviously I’m really looking forward to this weekend, we’re all super keen to get back to real-life racing. It’ll be pretty different, less crew, less practice, no fans, but it’s really exciting to get back to it. With just the two practice sessions it’ll be important to roll out strong, but I’m confident we can get up to speed quickly and continue where we left off in Adelaide and the Grand Prix.”

No. 44 Boost Mobile Ford Mustang
James Courtney
“I’m definitely excited to get back on track for some real racing, and even more so to be making my debut with Tickford in the Boost Mobile Ford Mustang. It’ll be pretty full on but the team had a great start to the year, so I’m confident I can get myself up to speed and we can get off to a good start this weekend.”

No. 55 Supercheap Auto Ford Mustang
Jack Le Brocq
“I’m pretty stoked to get going again. It kind of feels weird, doesn’t feel real that we’re going racing again, but yeah, I’m stoked. I think everyone’s excited for it. It’s going to be busy, I just want to get through the first day, shake off the cobwebs and get moving again, but it’s going to be awesome.”

Tim Edwards, Team Principal
“We’ve certainly all been looking forward to this for a long time, it’s great to say we’re going racing this week. Obviously things will be a bit different compared to what we’re used to, but we’re confident we can build on the strong start to the season we’ve had and get back up to speed quickly.”