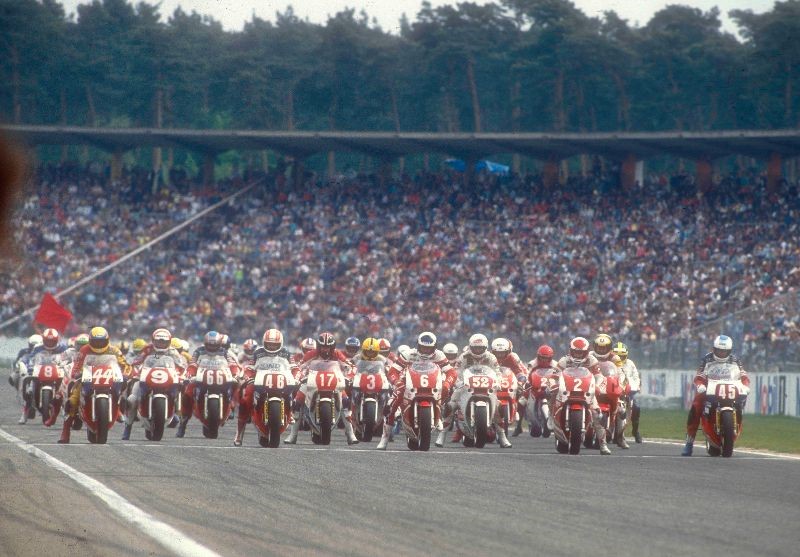 A landmark achievement for the WorldSBK championship this weekend, as Portimao will be the 400th round in the history of the championship.

The MOTUL FIM Superbike World Championship heads to the Autodromo Internacional do Algarve in Portugal for the Acerbis Portuguese Round this weekend for what is already, a historic weekend in the history of the championship. This weekend will mark the 400th WorldSBK round since the championship began back in 1988 at the famous Donington Park circuit. And since that first round took place, we have seen incredible action…

Famous names such as Davide Tardozzi, Marco Lucchinelli, Bubba Shobert and Joey Dunlop lined up on the grid for the first ever round of World Superbike, with an array of machinery and nationalities forming a truly international grid. Today, that legacy lives on, with 10 different countries from three continents competing against each other, across five different factory manufacturers.

Since 1988, there have been some iconic championship-defining moments. At the 100th round, Pierfrancesco Chili won at home at Monza in 1996, after a dramatic final lap. At the 250th WorldSBK event, it was Carlos Checa’s turn to rise to the occasion at the all-new Miller Motorsport Park in Utah in 2008, taking not just his first win but a double.

To add to the occasion of the 400th WorldSBK round, it will be Portimao’s 11th occasion hosting the world’s fastest production-based championship, with a recent contract extension seeing the popular Portuguese venue on the calendar until 2022. This extension secures Portimao in continuing to showcase exciting and memorable moments in WorldSBK, like it has done before.

In 2008, Troy Bayliss completed cleaned up with what would be his last poles, wins and fastest laps in WorldSBK, and what was at the time, his swansong round. In 2009, Ben Spies took a dramatic championship win from Noriyuki Haga, snatching it from the Japanese rider in Race 1 and confirming his title success in Race 2. It was also the first WorldSBK round for Jonathan Rea, who enters his 135th round this weekend.

This year, the WorldSBK title fight is still on, with Alvaro Bautista (ARUBA.IT Racing – Ducati) looking to overcome Jonathan Rea (Kawasaki Racing Team WorldSBK) on his first time at Portimao. In WorldSSP, the BARDAHL Evan Bros. WorldSSP Team duo of Randy Krummenacher and Federico Caricasulo continue to fight, whilst the championship could be decided in WorldSSP300.