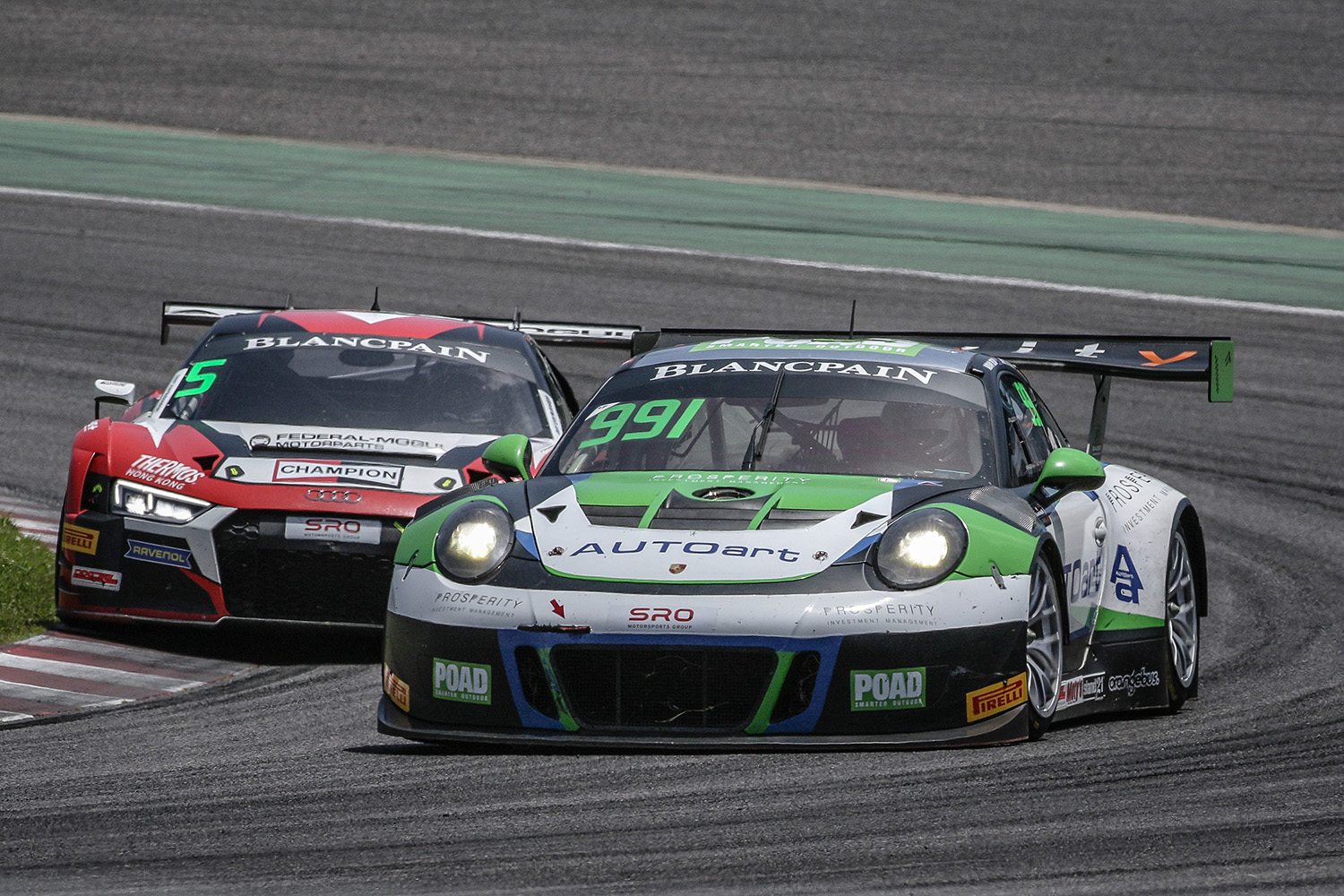 Aidan Read and the #991 Craft-Bamboo Racing team secured a ninth-place finish at Suzuka as the Blancpain GT Series Asia traveled to Japan. The result was less than had been expected after efforts in testing had shown flashes of promise from the Porsche that has struggled up to now in the series.

Having run both of the teams’ chassis during a day of testing, Aidan’s results were encouraging, and it seemed that the sweeps of Suzuka would play to the strengths of the Porsche at last. However, when qualifying came, 12th for Aidan and 19th for teammate Darryl O’Young were really not what was expected; the car lacking single lap pace.

Knowing that the package should be better over a race distance, Aidan made initial gains by passing the #97 Mercedes and #7 Audi to run in tenth position at the end of the opening lap and as the race progressed the field bunched up behind the sixth placed Lamborghini. This allowed Aidan to pick off the #5 Audi and this became seventh after contact ahead eliminated two further cars.

Aidan made his mandatory pit stop and handed over to O’Young, but the race was soon over as he was forced to pit with extensive damage to the right rear of the car as a result of a heavy hit from the #37 Absolute Racing Audi.

After a very late night from the Craft-Bamboo Racing mechanics and engineers, teammate O’Young was able to take up his Sunday race start position of 19th on the grid, very much on the back foot. Aidan took over the car in the same position mid-distance and set about making some forward progress. By two-thirds distance he had worked his way up to 12th position, chasing the #5 Audi R8. With some attrition further up the field, he moved ahead on lap 22 to claim ninth position, one he would hold to the chequered flag three laps later.

“It was a good recovery to get up to P9,” Aidan said. “We made up plenty of places in what was a very hard weekend. The first race was character building as our qualifying wasn’t great, but I did my best and raced up into the points during my opening half, but unfortunately contact ended our day early. Now I look forward to doing some driver coaching with Eurasia Motorsport before heading to Fuji in three weeks’ time where I am convinced that we will make the progress with the car that I know is possible.”