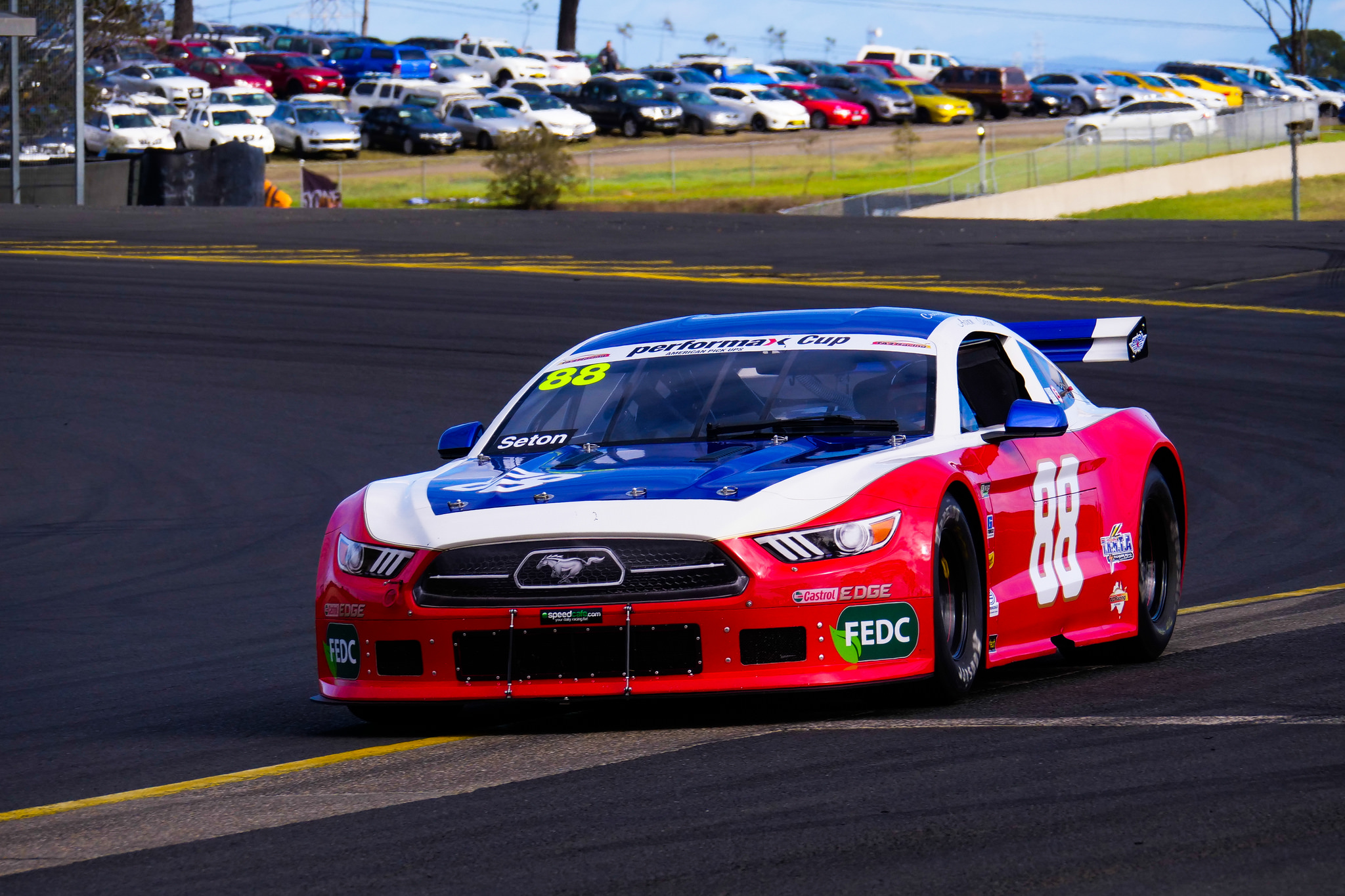 Aaron Seton will complete the remainder of the 2018 Performax TA2 Muscle Car Series, filling in for Craig Harris in the #88 Castrol Harris Racing Ford Mustang.

The third generation racer subbed for Harris at the last round at the Muscle Car Masters at Sydney Motorsport Park, and has agreed to extend the arrangement to see out the 2018 season.

The 19-year old has been identified as a rising star of the sport after picking up a Class B title in the Porsche GT3 Cup Challenge in 2015, as well as victories in the 2016 and 2018 editions of the Bathurst 12 Hour, firstly aboard a Class I MARC Ford Focus, then with the Class C BMW M4 GT4 alongside Matthew Brabham and Tony Longhurst.

He was also a regular front runner in the first two seasons of the Toyota 86 Racing Series, picking up numerous pole positions and podium results along the way.

Seton praised the TA2 series as a valuable step on his way to reaching the Supercars Championship.

“The TA2 cars are fantastic cars to drive and are a great stepping stone towards my goal of the Supercars Championship.”

“I really enjoyed the Muscle Car Masters event and I can’t thank Craig Harris from Castrol Harris Racing enough for the opportunity to drive his car for the rest of the season.”

One of the main players in bringing the TA2 category to Australia, Harris is thrilled to provide this opportunity to Seton, but plans to return to the seat in 2019.

“I am pleased to give this opportunity to Aaron [Seton] because he is a very capable driver whose goal is to get into the Supercars Championship,” said Harris.

“The TA2 category is one of the most exciting series out there and I feel this is a great stepping stone for him.”

The Performax TA2 Muscle Car Series returns to action this weekend at Queensland Raceway for round four of their championship, with a further three events at Wakefield Park, Queensland Raceway and Sydney Motorsport Park to complete the season.

On 276 points, Russell Wright leads the 2018 Performax TA2 Muscle Car Series by 5 points over Hugh McAlister on 271, with Ashley Jarvis third on 264.