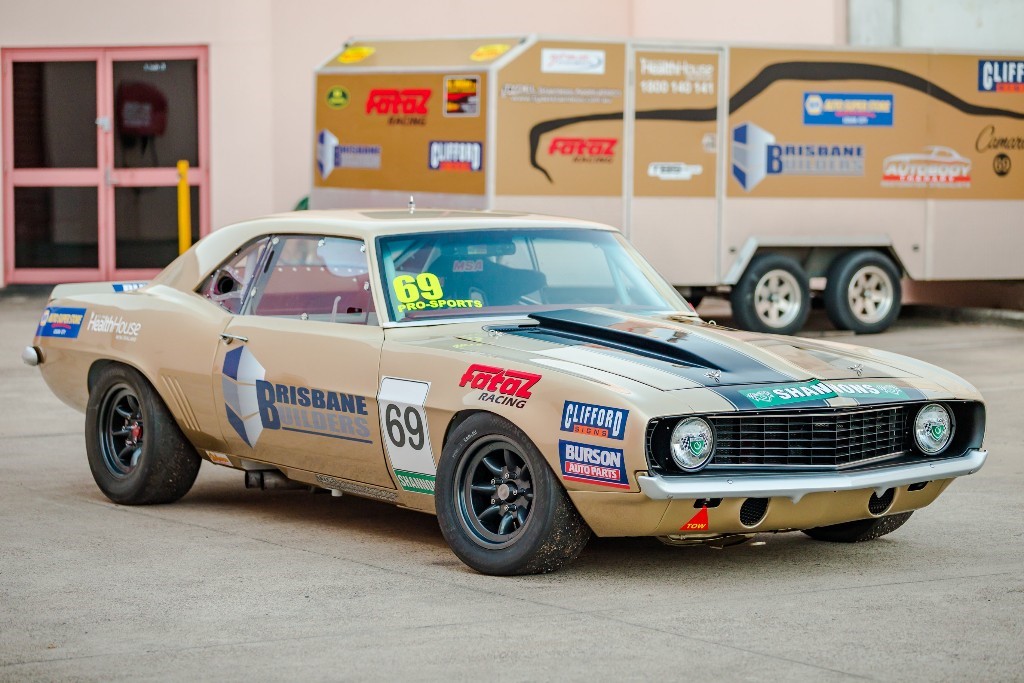 Brisbane-based racer Ian ‘Woody’ Woodward will step up into the Paynter Dixon Touring Car Masters series in 2018, unveiling an immaculate 1969 Chevrolet Camaro set to debut at Winton Motor Raceway this weekend, May 18-20.

Woodward is a former racer in HQ Holdens, Sports Sedans and Trans-Am muscle cars of late, and is a noted competition engine builder and race car preparer in the Queensland racing scene through his business, Fataz Competition Engines.

The Fataz Racing team steps up from several consecutive championships in the Queensland-based Trans-Am Series, and is looking forward to a new challenge that presents itself in the TCM field.

“We’re really excited to be stepping up as a team to the Touring Car Masters series and getting to race at the biggest motorsport events in the country,” said Woodward.

“It’s a new challenge for the Fataz Racing team, the field in the Touring Car Masters is a real step up in competition but we’re looking forward to getting the new car on track and building on that progress for the rest of the year.”

The Fataz Racing team will attend all remaining rounds of the 2018 Touring Car Masters season.