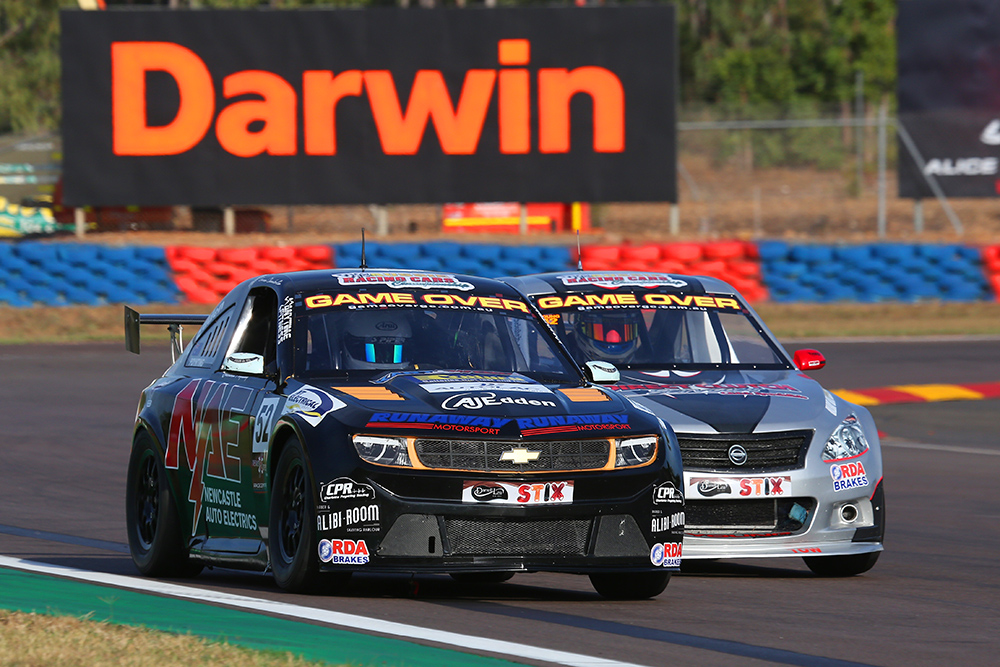 The Aussie Racing Cars Darwin Challenge has been added to the support card for the CrownBet Darwin Triple Crown this June 15-17.

With the support of Visit NT, Aussie Racing Cars will return to Hidden Valley Raceway to fill a gap in the support program, bringing its unique brand of thrilling, all-action motorsport to race fans in the Northern Territory.

This year’s racing will be a non-points trophy round owing to the late addition to the calendar and seven series rounds already, but Aussie Racing Cars driver have demonstrated in the past that they don’t need the motivation of points to put on spectacular battles.

Category manager Brad Ward says that the Darwin event is a favourite for the entire field.

“We all love going to Darwin and soaking up the sun, and everyone is looking forward to it.”

No less than three current or former Supercars drivers have won Aussie Racing Cars races in Darwin, including Bathurst 1000 winner Paul Morris when he had multiple all-out slipstreaming battles with Adam Uebergang in 2015.

Darwin Supercars podium finisher of 2017 Nick Percat swept the Aussie Racing Cars round at Hidden Valley in 2006 during his rise through Australia’s motorsport ranks, while Jack Perkins has also tasted success in the Territory.

The addition of Darwin to the calendar means that Aussie Racing Cars will visit both the very top and bottom of Australia in 2018, having started the season at Hobart’s Baskerville Raceway in February.

It also means that Aussie Racing Cars will cover six of the nation’s state and territories in just eight rounds, providing great variety for competitors and putting on a show for even more fans.

Treseder leads the series ahead of Round 3 at Winton, while Aussie Racing Cars will also be part of Supercars’ first visit to The Bend Motorsport Park in August.

The Aussie Racing Cars Darwin Challenge has been arranged with the support of Visit NT and the Northern Territory Major Events Company.