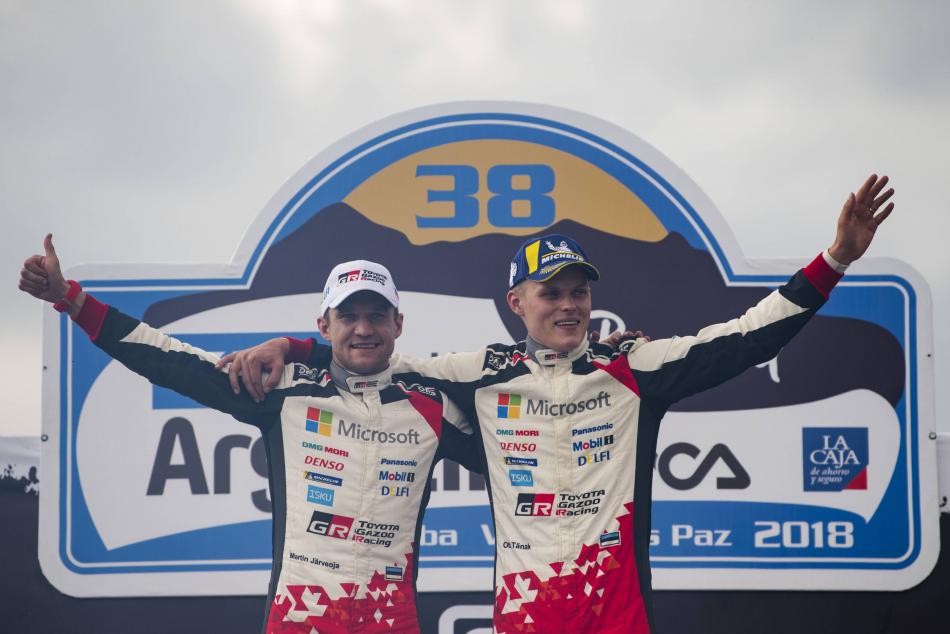 Ott Tänak and Martin Järveoja won the legendary Rally Argentina today after a weekend-long display of dominance in which they won 10 of the event’s 18 stages. The Estonians were able to manage their pace over the closing three stages to take their first victory with Toyota by 37.7 seconds. Last year’s winners Thierry Neuville and Nicolas Gilsoul were second and team-mates Dani Sordo and Carlos del Barrio made it a double podium celebration for Hyundai with third.

In the FIA World Rally Championship, Neuville has managed to close the gap to Championship leader Ogier to 10 points with Tänak 18 points further adrift in the standings. Hyundai’s double podium also sees the Korean manufacturer extend its advantage over M-Sport Ford to 15 points. Toyota is third with Citroen trailing in fourth.

In the second run of El Cóndor, counting towards all-important Power Stage points, Tänak was able to control the pace and points for fourth fastest added to his Championship haul. Neuville was flat-out however and the Belgian set fastest time to add five points to his tally, his objective always to be ahead of Ogier. Sordo was happy with his Rally Argentina outing and the Spaniard finished well ahead of Ogier in the overall classification.

Ogier and Mikkelsen went into the stage fighting for fourth but the reigning FIA World Rally Champion managed to hold onto his position by just four seconds at the end of the event. Both Elfyn Evans and Kris Meeke moved up the standings into sixth and seventh respectively after Lappi dropped time with a puncture this morning. He finished eighth on his debut outing in Argentina, the Finn lamenting a huge amount of bad luck in Argentina. Teemu Suninen finished ninth, another debutant on the event.

Pontus Tidemand and Jonas Andersson snatched the FIA WRC 2 Championship category win after Škoda team-mate Kalle Rovanperä rolled in the penultimate stage while leading. Tidemand beat Gus Greensmith by over seven minutes to take the lead in the Championship standings.

The sixth round of the FIA World Rally Championship takes the contenders back to Europe for Rally de Portugal (17-20 May).