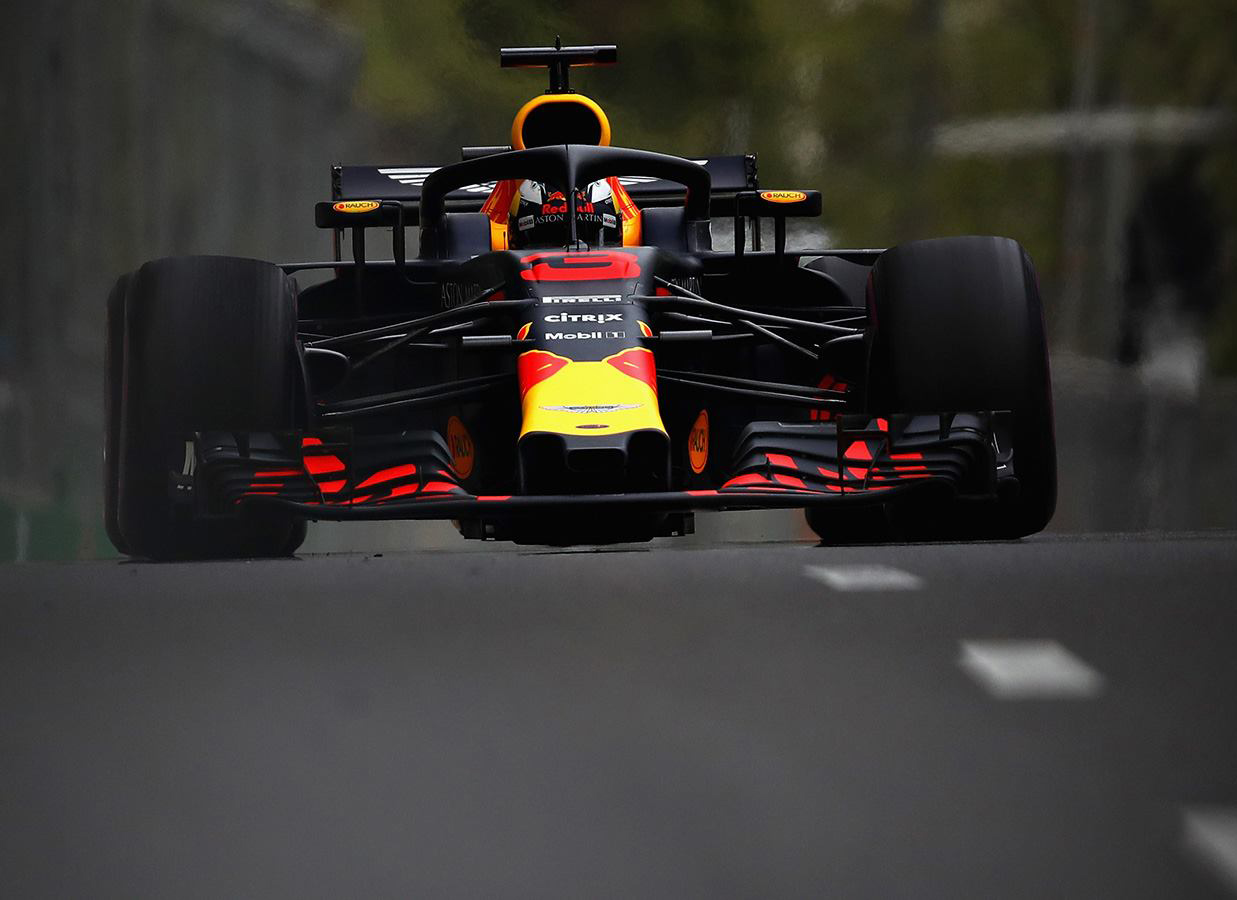 “I was very happy today. With a street circuit you need confidence in yourself and in the car. The car was well behaved and didn’t take any confidence away from me. There was a good relationship with myself and the car so we will build on that tomorrow. I think we can still find a little bit more but generally I was happy and I think it’s going to be quite a close battle tomorrow and Sunday. The car feels really strong through the castle section in the second sector and I felt comfortable and confident there. It’s a very tight part of the circuit but that’s the place that I felt most comfortable and the RB14 felt strong. I’m sure the others will turn it up a bit in Qualifying and gain in sectors one and three but sector two will be the key for us. The step in grip between the tyre compounds is pretty consistent and fairly linear so no real surprises there. I do remember last year on the Friday both our cars were very quick and we didn’t quite have the same pace in Qualifying, so I’m not going to play it up or anything, but this was all we could ask for today. It is encouraging even if we don’t qualify on the front row tomorrow as I think the race car will be very strong. We are still in the group of favourites.”

“Pretty decent day overall, the car is fast so I’m happy about that, though obviously not happy about the incident in FP1, it was a bit windy and I lost the rear, spun and hit the wall but my mechanics did a really good job repairing the car and luckily it didn’t really affect us too much. We pretty much ran to the programme and the car in second practice was very competitive. We were good on both tyre compounds so I’m pretty happy with that. We look quick but of course you always want to improve. Kimi is quick and for sure tomorrow Sebastian will be there, so we still need to improve but it was a good day. We also know that in Qualifying Mercedes have this power mode so they will be quicker but on the other hand, our car was handling well and when you start to feel more and more comfortable in the car you can usually gain three or four tenths on a track like this, so hopefully it will be the same tomorrow. As for the end of the second session I think we just had a faulty sensor issue so no concerns.”

Sticking to the Script

Following a question about his feelings after his sixth career win in China a fortnight ago, Daniel offered the somewhat cryptic response “Well, Holy Testicle Tuesday”. Upon hearing that most people shrugged and marked it down as a slice of typically unfathomable Antipodean bit of slang, a variation on the classic ‘trippin’ balls’.

In fact, Daniel was channelling his inner Jim Carrey with a quote from ‘90s comedy classic Ace Ventura: Pet Detective. As a result, we thought it might be useful for Daniel to have a few more classic movie quotes in his arsenal for specific F1 occasions. So, here are our top five screen gems for Daniel’s use (heavy on the Will Ferrell, because we know that’s his shtick)…

For times when being the Honey Badger simply isn’t enough:

“I’ll have you know I have the reflexes of a car and the speed of a mongoose.”  Ace Ventura, Pet Detective