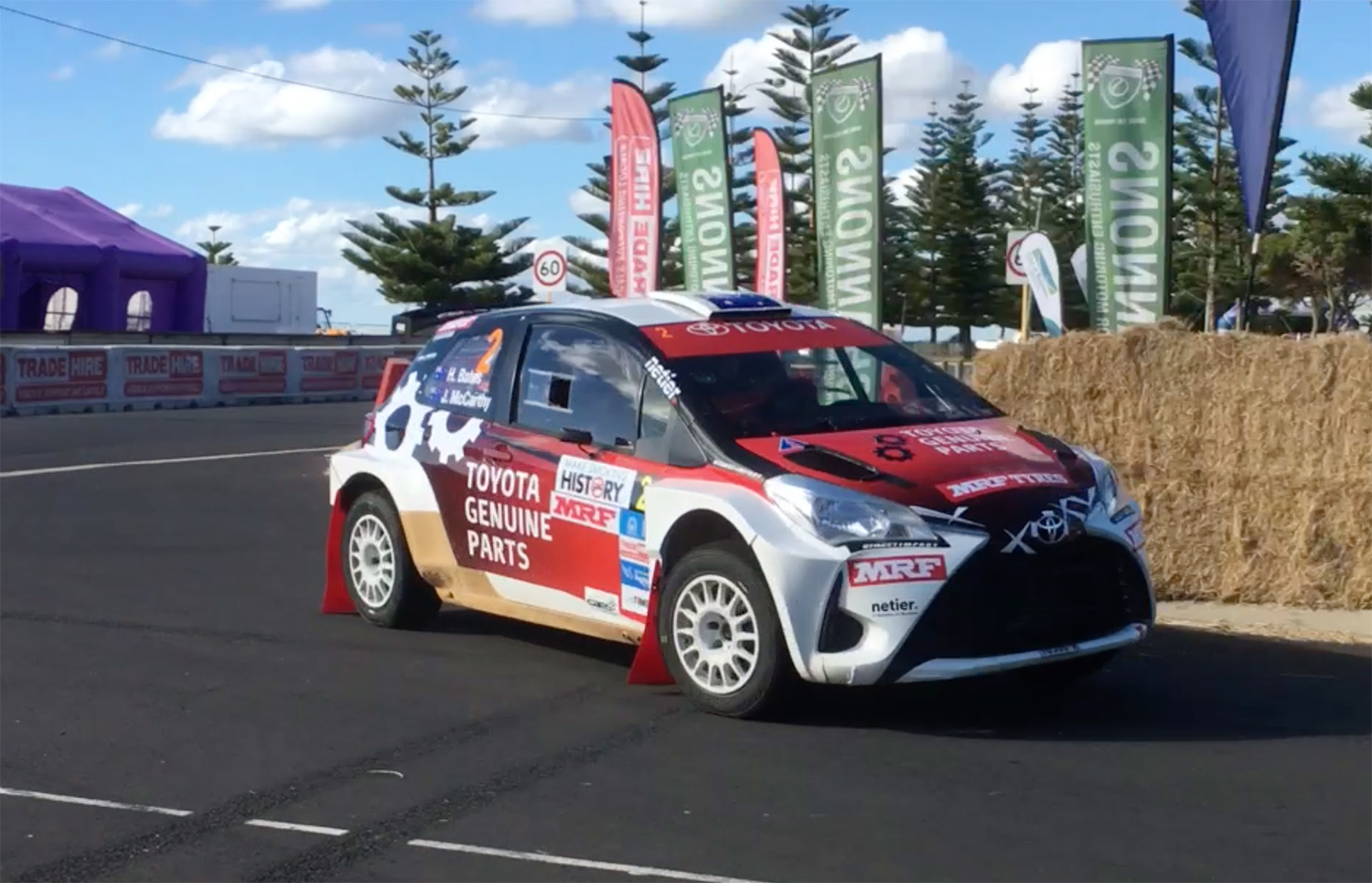 The Make Smoking History Forest Rally has roared into life in Busselton this evening with the running of the Trade Hire Busselton Super Special Stage.

Following two runs of the 2.71 kilometre tarmac stage it is tight up the top of the time-sheets with only 1.1 seconds separating the top crews.

The Forest Rally competition will head to Nannup tomorrow morning where crews will contest a further eight stages to round out Heat One.

More than 50 crews from across Western Australia and the nation will contest the Make Smoking History Forest Rally. The event, which is held in Busselton and Nannup in the state’s South West, is the second round of both the CAMS Australian Rally Championship® and the CAMS Onslow Contracting WA Rally Championship.