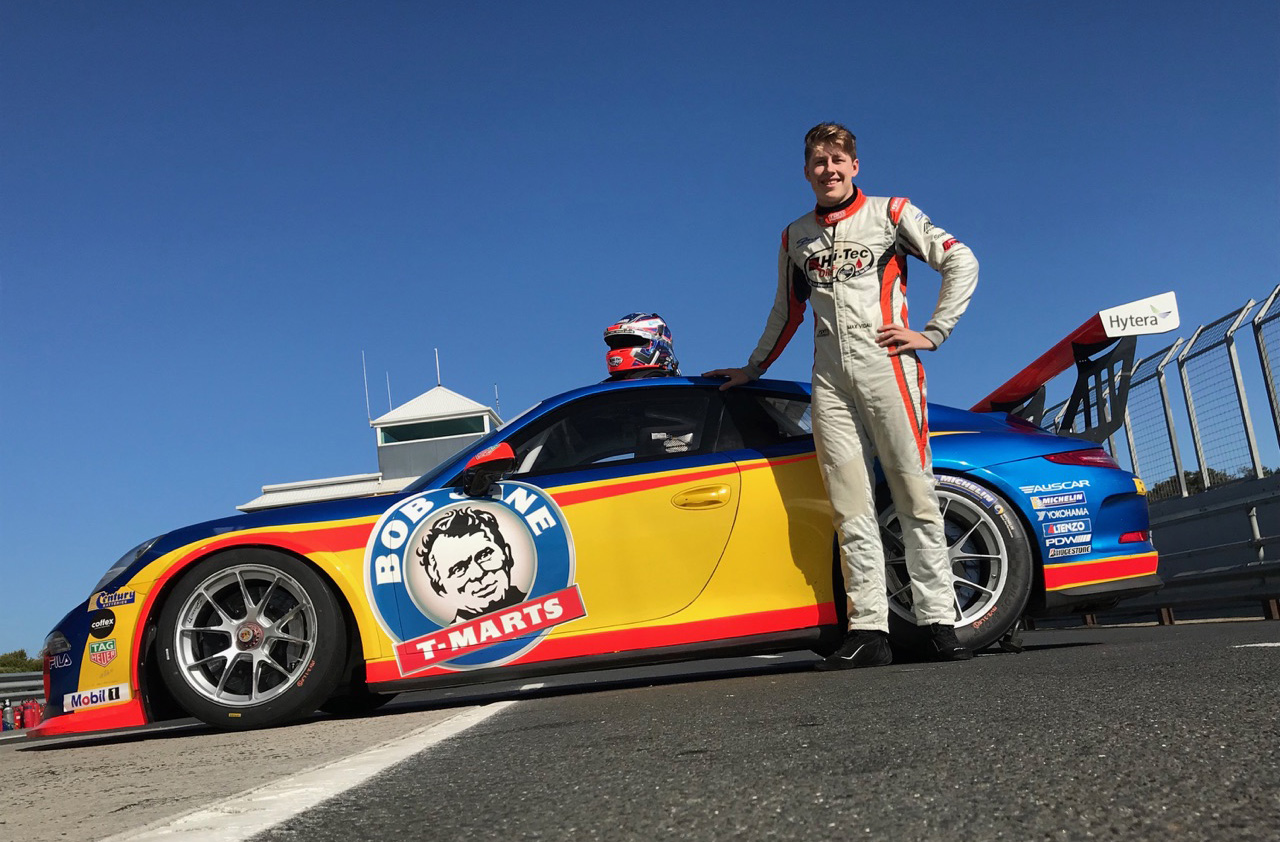 This move represents another important step in this outstanding young racing driver’s career. Vidau continues his successful progression from karts to open wheeler racing cars and now to Sportscars, in one of Australia’s most competitive one make motor racing series, the Porsche Michelin GT3 Cup Challenge.

“I’m so excited to be competing in the Porsche GT3 Cup Challenge this season and to be racing with such a highly competitive team that has been so supportive of my career to date in Sonic Motorsport. This is the next stepping stone to Carrera Cup, GT and Supercars, so I am looking forward to adapting to these cars and learning how to get the most from them in what is sure to be a very challenging one make series,” Max Vidau said.

“It is also great to be racing with the support of Bob Jane T-Marts, Australia’s premier tyre retail chain and a long term supporter of Australian motor racing at all levels,” He added

According to Sonic Motor Racing Team Principal Mick Ritter, “Max Vidau is a very talented young motor racing driver, his achievements to this point have been remarkable for his young age. We look forward to helping him in his Porsche GT3 Cup Challenge this season and I don’t think it will take him very long to be running at the front.”

Having started his racing career in dirt karts at the age of 7, Vidau raced to several karting title race victories and podiums across Australia before stepping up to Formula Ford at the age of 15. Vidau clean swept the 2016 Victorian Formula Ford Championship with four pole positions and victory of all five rounds, earning him the title on debut. Then at 16, Vidau progressed to the Australian Formula Ford Championship, winning two of the six rounds, taking two pole positions and four race wins, earning him the national title, following in the footsteps of several of the most successful racing drivers in Australia.

Vidau will be continuing to seek new partnerships with companies that want to support this talented young South Australian racer as he ascends the Australian and international motorsport ranks.