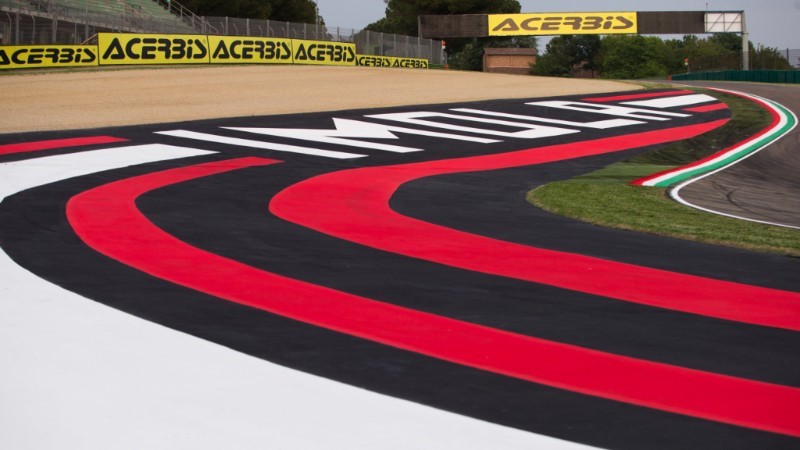 1. With his win in Race 2 at Assen, Tom Sykes (Kawasaki Racing Team WorldSBK) ended a drought of six races outside the podium, which is his longest since 2012. This happened when he was off the podium for the same number in the Miller, Misano and Aragon weekends.

2. Sykes’ podium in Race 2 was a record as it was his 101st for Kawasaki. This eclipsed the all-time record of 100 podiums for a single manufacturer, set by Carl Fogarty (Ducati) at Phillip Island 18 years ago (23rd of April, 2000).

5. If Jonathan Rea (Kawasaki Racing Team WorldSBK) leads for more than 6 laps in the upcoming weekend, he will be the first rider to have led more than 100 laps at this track. He had the chance to record this feat last year, but failed to lead in both races.

6. Aruba.it Racing – Ducati rider Chaz Davies’ victory from ninth on the grid in Race 2 last year was the only win not from the front row in the last 14 races run at Imola.

7. So far Imola has had twelve different riders qualifying for pole out of 15 race weekends. The only riders who have scored more than one pole are present in the current field: Tom Sykes with 3 and Chaz Davies with 2.

9. The last ten races held here were all won by British riders; Sykes, Rea and Davies. This is a stunning record for only one country at Imola, as the next best is a string of three by Spain (all by Carlos Checa) from 2011 Race 2 to 2012 Race 2.

10. Pole position has been decided here by less than one tenth of a second on five occasions. The last time was last year, when Chaz Davies and Tom Sykes were separated by 0.032 seconds