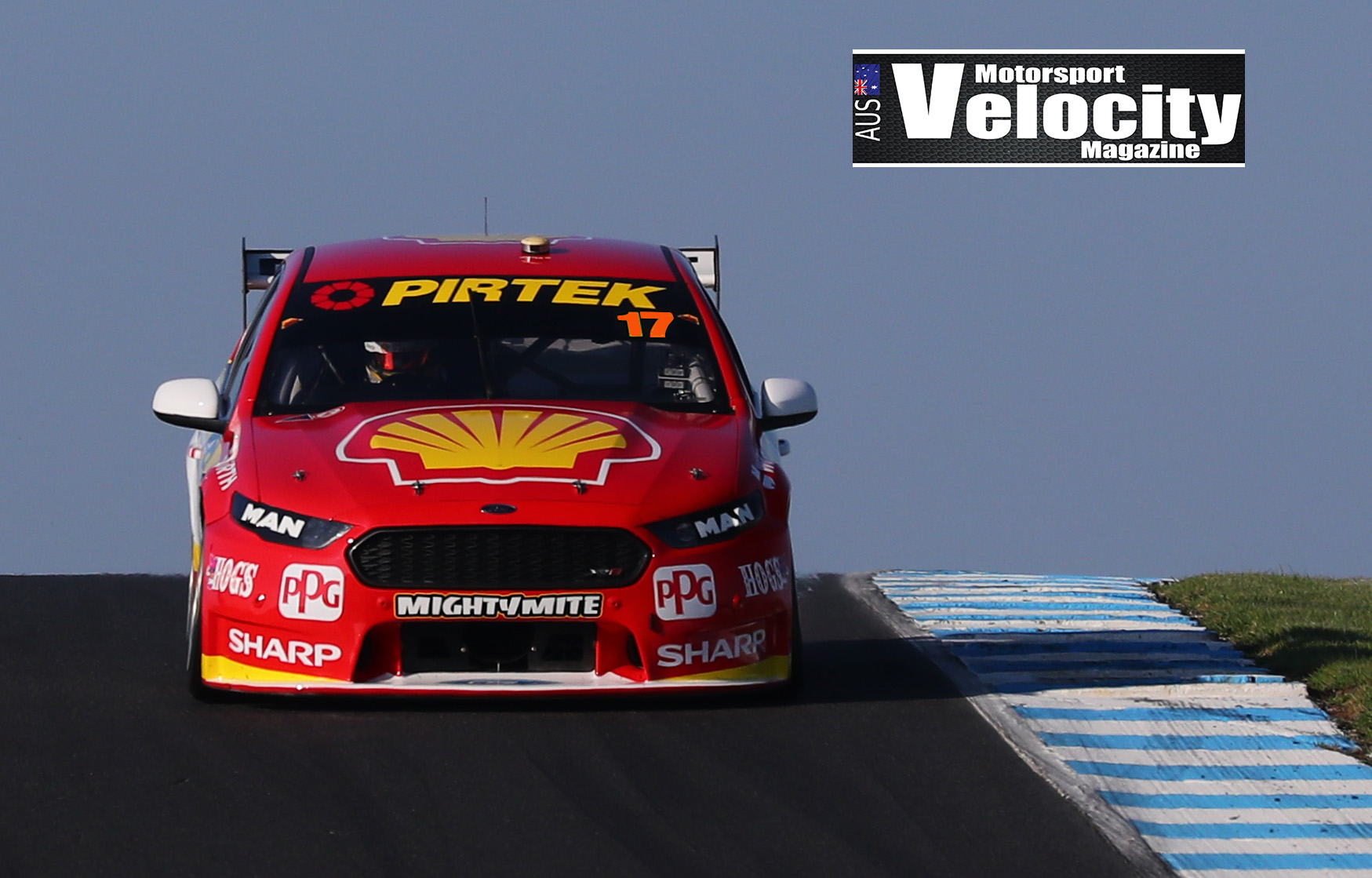 RECAP: Qualifying was good for both cars this morning, with McLaughlin setting the fastest time on his second run, before again improving to be the only driver in the 1m29s bracket for the session. Coulthard went third fastest, and was up in the first sector on his final lap before some brake locking hampered his final effort. It was McLaughlin’s fourth pole of the year, and his sixth in a row here at Phillip Island.

Both drivers got a good start in Race 10, with McLaughlin maintaining the lead from pole position and Fabian keeping third over the opening laps. Fabian took his first pit stop on lap seven as a broken Andretti car triggered a safety car, and rejoined in p5. Scott took his stop one lap later, and rejoined in p4, one position in front of Fabian. Both cars took on additional fuel, so spent the second stint sitting in those positions behind Rick Kelly, David Reynolds and Michael Caruso. Scott took his second stop on lap 28, and took to the track to run qualifying style laps in search of the undercut. Reynolds rejoined after his stop just in front, but Scott pushed hard and passed him at Turn 2 – the same spot he took the lead off Whincup yesterday.

Fabian took his final stop with 25 laps remaining, and slotted into the fourth position behind Rick Kelly’s Nissan. The race then became a tyre economy run, as the high-degradation surface is extremely abrasive on the soft Dunlop rubber. Coulthard bridged a four-second gap to Kelly, driving up to the back of him. While he closed the gap to less than half a second, he was unable to get past and finished fourth. McLaughlin took his second win of the weekend and third of 2018, for a clean-sweep of poles and race wins at the Phillip Island 500 – victory in our 100th and 101st races as DJR Team Penske. Scott now leads the Championship by 60 points from David Reynolds, with Fabian jumping into the Top 10 in ninth. The team has jumped into second in the Teams’ points, only 45 points adrift of Triple Eight.

COULTHARD QUOTE: “Great to be able to qualify up the front today, and then get a good start. We probably didn’t quite get our strategy right today, and I really wanted that podium. Driving up to Rick in the last stint was great, but I just ran out of laps to get by him. Overall a big bag of points, into the Top 10 on the points table and onwards to Perth. We were fast there last year, so hopefully we can capitalise again.”

MCLAUGHLIN QUOTE: “It’s a big relief in many ways, to be able to convert a good car and good qualifying performance into two wins for this weekend. Being able to take maximum points is awesome, and sets us up for the remainder of the year. We’re not counting any chickens yet, though. There’s a long way to go. We’ve got those orange numbers on the No.17, and now we’ve got to keep them.”