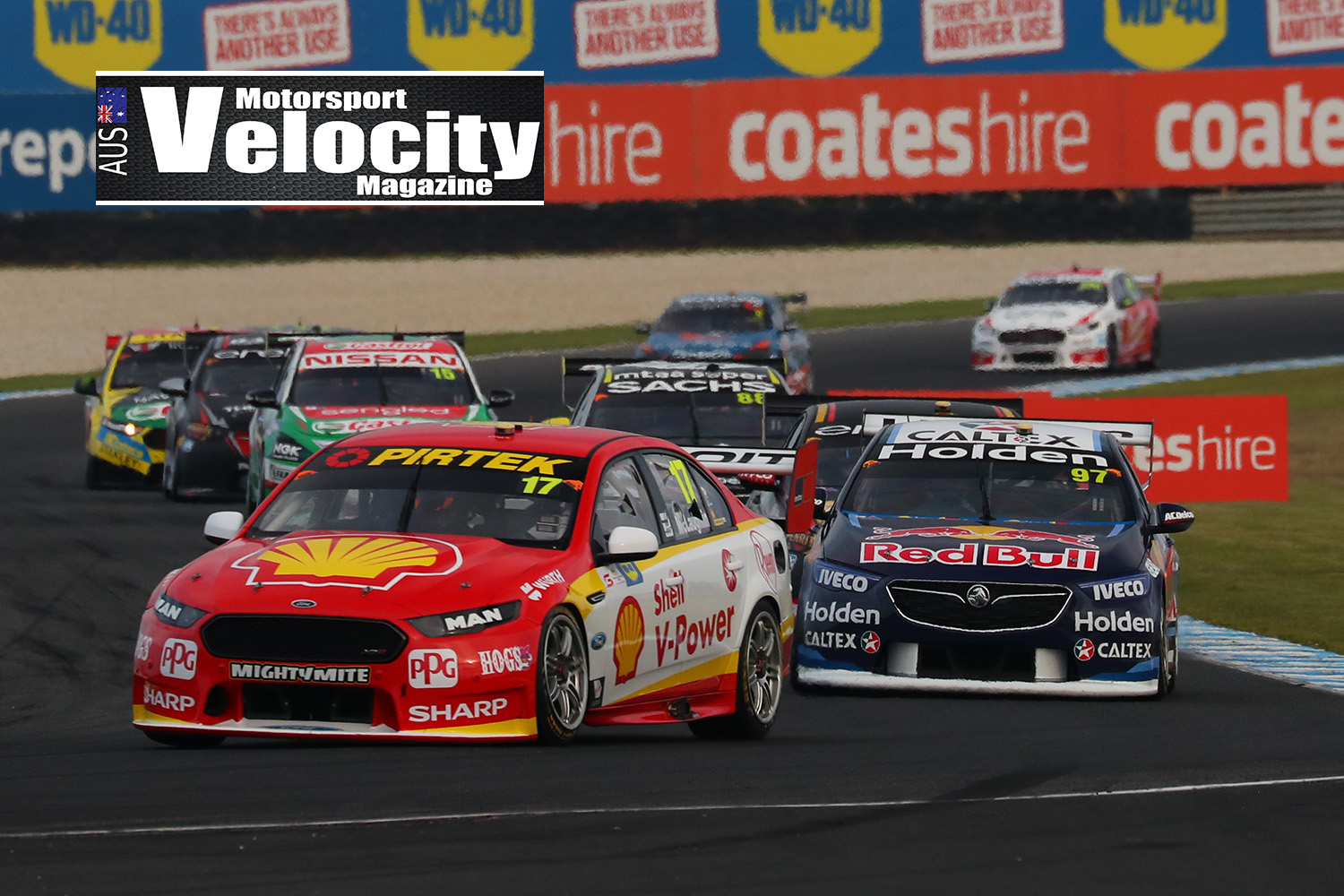 RECAP: In qualifying for Race 9, both drivers took advantage of the track conditions early in the session, when a layer of rubber was still on the circuit following the Carrera Cup session. They both set their fastest laps on their second runs to take the top two positions, exiting their cars with eight minutes remaining in the session. No runners were able to improve later in the session, so Scott took his second pole of 2018, with Fabian right alongside.

Unfortunately a technical breach on Car 12 due to an error when changing the rear wing angle meant that he was excluded from the session, and had to start the race from the rear of the grid.

It would prove to be a strong race for the Shell V-Power Racing Team. McLaughlin started from pole position, and settled into second position behind Jamie Whincup after a battle into turn one off the start. Taking their first stops at the same time, Whincup maintained the smallest margin on exit, where they then settled in for a 20-lap stint until the final pit stop.

McLaughlin had pace over Whincup, and managed the gap between them. He again exited behind Whincup after the final stop, then executing a pass for the lead on lap 41 to then drive away and maintain a lead of around 1sec for the remainder of the race.

Coulthard got five places over the first lap, and then proceeded to use superior pace to pass plenty of cars. He was up ten places before his first stop, and then good stops and that continuing pace meant that he could drive through to 13th, a sensational result after starting last. McLaughlin now leads the Championship, one point in front of Whincup. Coulthard is 11th. The team sits third, 198 points off the lead and only nine points from second.

COULTHARD QUOTE: “I would have liked to have started on the front row, as we had incredible car pace but it wasn’t to be. We got past a few cars on the opening lap and had good speed through the majority of the race. With the qualifying breach we probably let a podium slip there, but the positive is that we have great pace, know that we can get the job done and have another chance to do it all again tomorrow.”

MCLAUGHLIN QUOTE: “I worked on Jamie for a few laps before making that pass, I thought about it for a while through that first stint and I knew I would have to be pretty decisive to get it done. He went just a little wide, and I threw it up the inside and made it stick. He was very strong down the straights, so I knew I wouldn’t get him there. It’s so awesome to be back on the top step at Phillip Island, I love this place and am looking forward to tomorrow.”