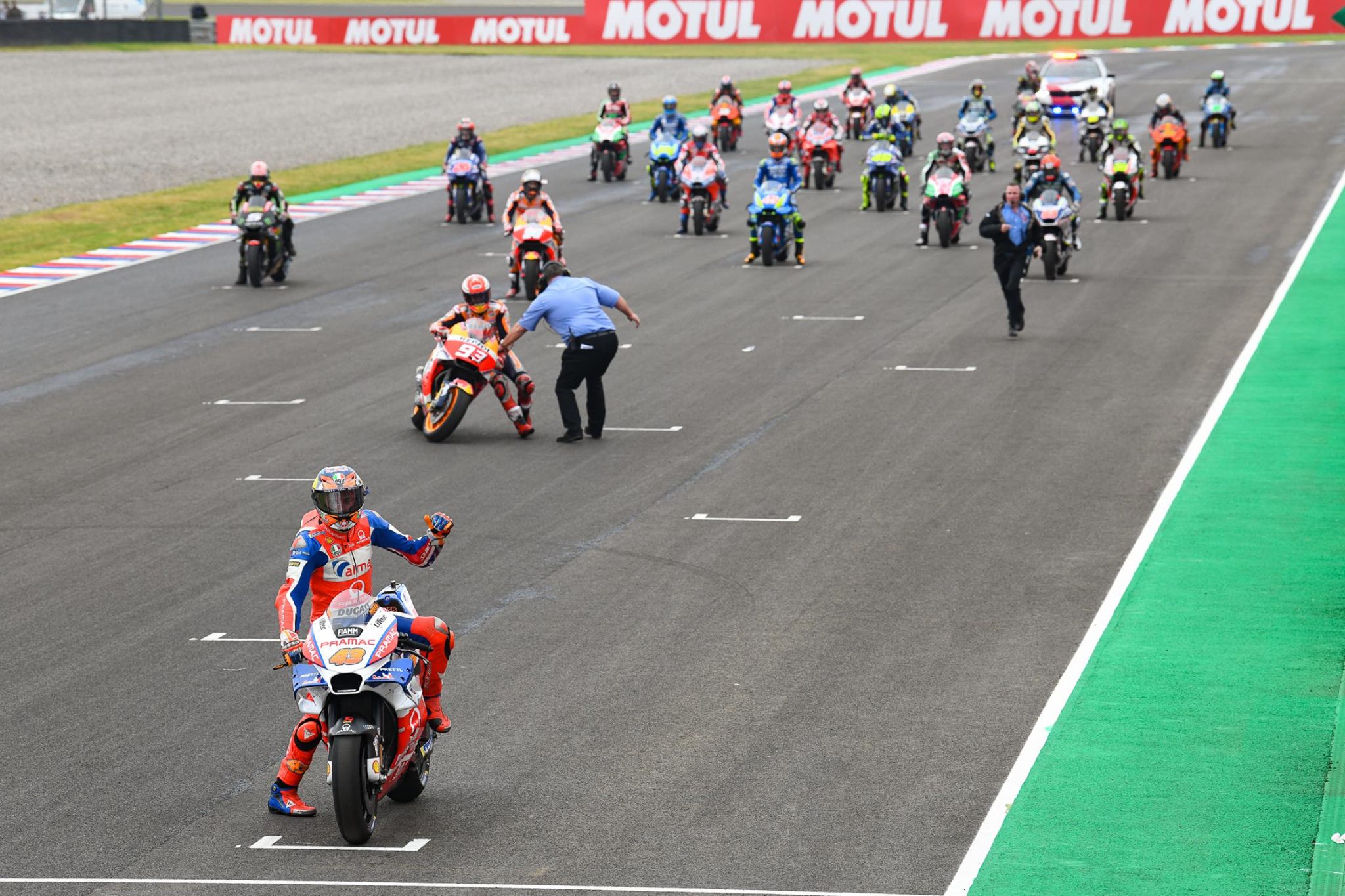 A day after the Gran Premio Motul de la República Argentina, Dorna CEO Carmelo Ezpeleta, has commented on the issues surrounding the start of the MotoGP™ race, which was delayed due to the changing weather conditions. (Photo: MotoGP Facebook)

Carmelo Ezpeleta: “I respect the decisions taken by the stewards”

Going back to what happened on Sunday, Ezpeleta explained: “The MotoGP race and the other races took place under a very difficult situation due to the weather – Moto2™ took place in dry conditions while Moto3™ was in wet conditions”.

About the starting procedure: “At the moment we studied the situation of the grid, just Miller was using the slick tyres. The rest of the riders had the right to go to the pitlane and take the exit from there, after changing the bike set-up for dry conditions”.

This is not the first time this situation has occurred, as Ezpeleta said: “It’s the same that happened some years ago in Sachsenring, where everybody took the start from the pitlane”. From then on, they’ve been planning for this situation: “We made the decision, shared by the majority of the teams, to start the way we did” [for the rider who made the right decision and did not move from the grid to start from his original position, while the others start from further back]. “That decision was taken for safety reasons, and it was the right decision”.

Concerning the race itself, he added: “The situation was very difficult due to weather conditions, there was a dry line on the asphalt. Then what happened is what everyone saw on TV”.

Ezpeleta defended the decision taken by the stewards: “Since two years ago Dorna is not involved in the nomination of stewards, they are people nominated by the FIM and by IRTA. They took the decision, which I will obviously not judge”.

A line of dialogue with the riders and teams will be opened, however: “In the next GP Safety Commission with the riders, in Austin, we will discuss this situation and for sure we will take some experience from that”.

Find the full interview at www.motogp.com