MOTOGP GEARS UP TO FACE DOWN THE ROLLERCOASTER 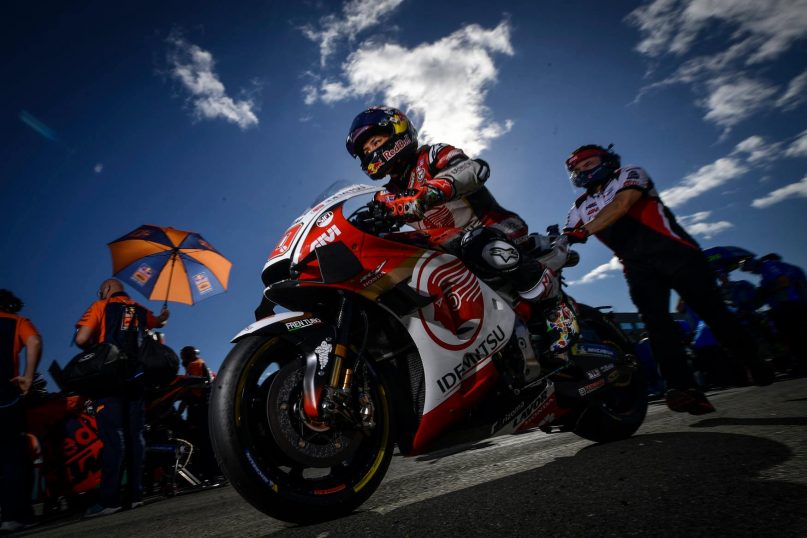 The pressure is off for Mir, the race to be runner up is on… and a host of farewells, honours and challenges await on the Algarve.

2020 will forever be a season to be remembered: records equalled and broken, a new premier class Champion, history made for manufacturers old and new… and nine different winners already. The time has come for the curtain to come down but not without one final spectacular as the Autodromo Internacional do Algarve welcomes the MotoGP™ paddock for the final round rollercoaster, and there remains plenty on the line.

First mention must, of course, go to Joan Mir (Team Suzuki Ecstar). The Majorcan arrives as the reigning MotoGP™ World Champion after converting his lead into the crown last time out, and he will now take on a venue that should suit Suzuki very much from the best position possible: little to lose, and in the best way. The number 36 admitted the calm exterior of late hadn’t been the whole story, so Mir unleashed could well prove the benchmark.

The fact the venue – with its incredible undulations and whole-new layout – may well suit the Hamamatsu factory is also crucial for Alex Rins (Team Suzuki Ecstar) and the manufacturer as a whole. Suzuki could complete the Triple Crown, as the riders’ title is theirs and so is the teams’ – all that remains is the constructors’ Championship, and it’s on a knife edge with Ducati as the two are equal on points. And when it comes to Rins, the Spaniard may have lost out on the crown but he’s well in the fight to end the year as runner up, and that’s despite having much of his earlier season affected by injury. He’s only four points off second place overall…

The man Rins trails, however, is on a roll. Franco Morbidelli (Petronas Yamaha SRT) is currently the man in second and he arrives fresh from the top step. We’d seen the Italian win by domination twice this year already, but the third time was a charm for everyone watching as it all came down to a spectacular last lap scrap against Jack Miller (Pramac Racing). Morbidelli won to move up to second overall, and Petronas Yamaha SRT were also named best Independent Team. If Morbidelli can keep his form rolling, he has a chance not only to be runner up in the title fight, but also to take the top Independent Team rider honours too. His teammate, Fabio Quartararo, is the only man who can deny him – but the Frenchman is now 17 points off after a huge shuffle at Valencia, although he’s also gunning to leave the team on a high.

That huge shuffle has left it as an every man for himself to complete the top top four or five in the standings, assuming there’s no huge drama for the likes of Morbidelli and Rins. Maverick Viñales (Monster Energy Yamaha MotoGP) is now fourth and two points ahead of Quartararo, and Andrea Dovizioso (Ducati Team) now sixth but equal on points with ‘El Diablo’. That could all change in a single corner at Portimão…

Dovizioso is also a key player in the constructors’ standings as Ducati face down Suzuki and Yamaha, but it’s an even bigger personal occasion for the Italian too: his last MotoGP™ race before a planned sabbatical. Whether it will be tinged with joy, sadness or relief in some ways remains a personal question for the man himself, but for millions of fans around the world the impeccable Italian will surely be very missed on the 2021 grid, and one last race in red is something to remember.

There are goodbyes for another player in the fight for the top five too, as Pol Espargaro is only three points off Dovi in the standings as he prepares to saddle up with Red Bull KTM Factory Racing for the last time. The Spaniard has been part of the project since almost inception and has seen it grow to race wins and, for him, an incredible run of podiums – so he’ll be pushing hard to go out swinging from his time with the Austrian factory.

Jack Miller also moves from Pramac to the Ducati Team next season and will want to move up on a high, Johann Zarco (Esponsorama Racing) moves to replace him and Danilo Petrucci (Ducati Team) heads from Ducati to Red Bull KTM Tech 3. Tito Rabat (Esponsorama Racing), meanwhile, is another who faces a swan song for now, the Spaniard not currently set to return to the grid in 2021.

And then there’s Cal Crutchlow (LCR Honda Castrol). Just to add to the swathe of goodbyes, the Brit, after three Grand Prix wins and some record-breaking achievements, is hanging up his race leathers to become a test rider in 2021. That will be with Yamaha, where there is also a pivotal goodbye as Valentino Rossi (Monster Energy Yamaha MotoGP) leaves the team – but not factory – at the end of the season.

It’s been a tough one at times this season for the nine-time World Champion, but his time at the factory Yamaha team will be measured far more by their incredible shared successes. Breaking records and proving almost unbeatable for some time, the pairing is one of – if not the most – iconic in the history of the sport. The number 46 will remain on the grid but in the Petronas Yamaha SRT box next season, so it will be the end of a defining era for his team and the man himself.

Amongst everything at stake in the constructor and rider standings, and the final chapters many face, there is also the search for the tenth different winner to break the all-time record. Could it be Pol Espargaro? Miller? Zarco? Rossi? Takaaki Nakagami (LCR Honda Idemitsu)? The Japanese rider is searching for his first podium too, and has been on a run of serious speed but tinged with bad luck. There’s also the Rookie of the Year to be decided. Brad Binder (Red Bull KTM Factory Racing) all but has it wrapped up as he’s 20 points ahead of Alex Marquez (Repsol Honda Team), but racing is never a formality. And certainly, at the behemoth of Portimão, it will be about as far from that as possible.

Finally, there is a home hero who arrives to race on home soil for the first time in the premier class: Miguel Oliveira (Red Bull KTM Tech 3). He’s already a podium finisher and a winner in MotoGP™, and there sadly won’t be any home fans at the track to cheer him on but there will be millions watching from home. As the Portuguese GP returns to the calendar, it will be a big race for Oliveira – and he’ll be pushing at the limit to end his season on a high before he moves to Red Bull KTM Factory Racing.

So strap in, gear up and get ready for another spectacular weekend of racing as MotoGP™ takes on the rollercoaster Autodromo Internacional do Algarve. For some it’s a farewell, for others a final stand and for everyone, a completely new challenge. 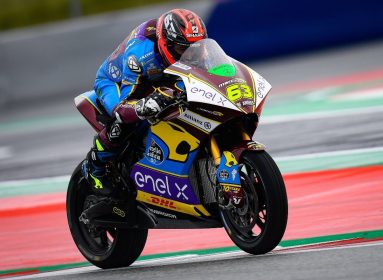 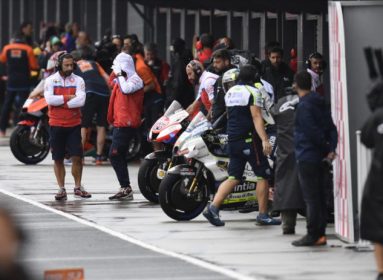 MOTOGP WARNED OF POSSIBLE BREACHES OF THE FIM GP REGS 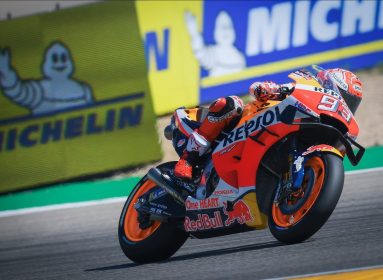