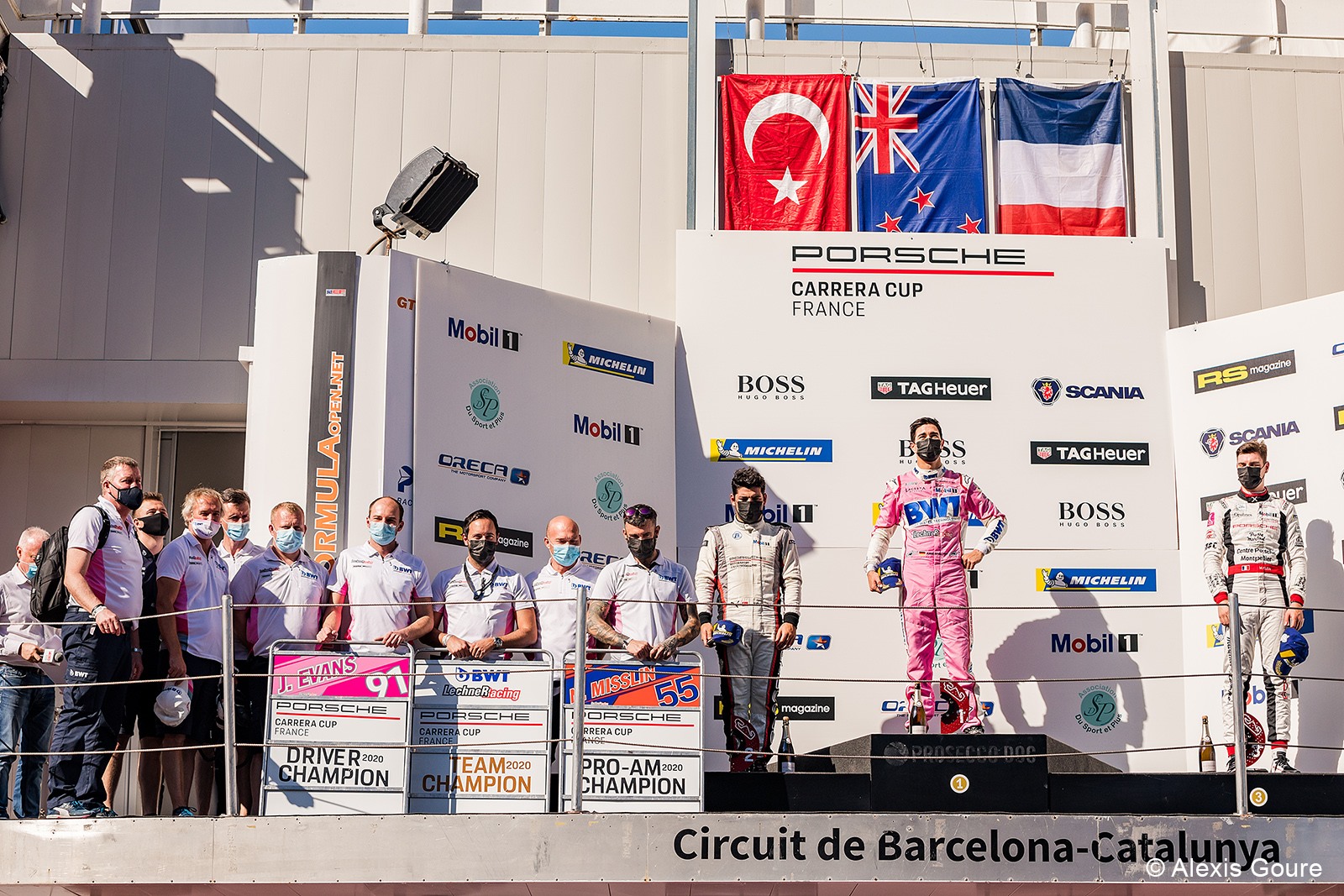 Kiwi Jaxon Evans, has clinched the 2020 Porsche Carrera Cup France Championship with two commanding victories in the final round in Barcelona for BWT Lechner Racing.

The 2018 Porsche PAYCE Carrera Cup Australia Champion had a fantastic final weekend in the final European race of the season, with two race wins on Saturday and Sunday, adding the French title to his resume.

Evans took the lead directly at the Sunday start from Ayhancan Güven. The race was restarted following more than 15 minutes behind the safety car, due to a first corner crash. After the restart, Evans pulled a gap over Guven and defended the lead until the chequered flag. 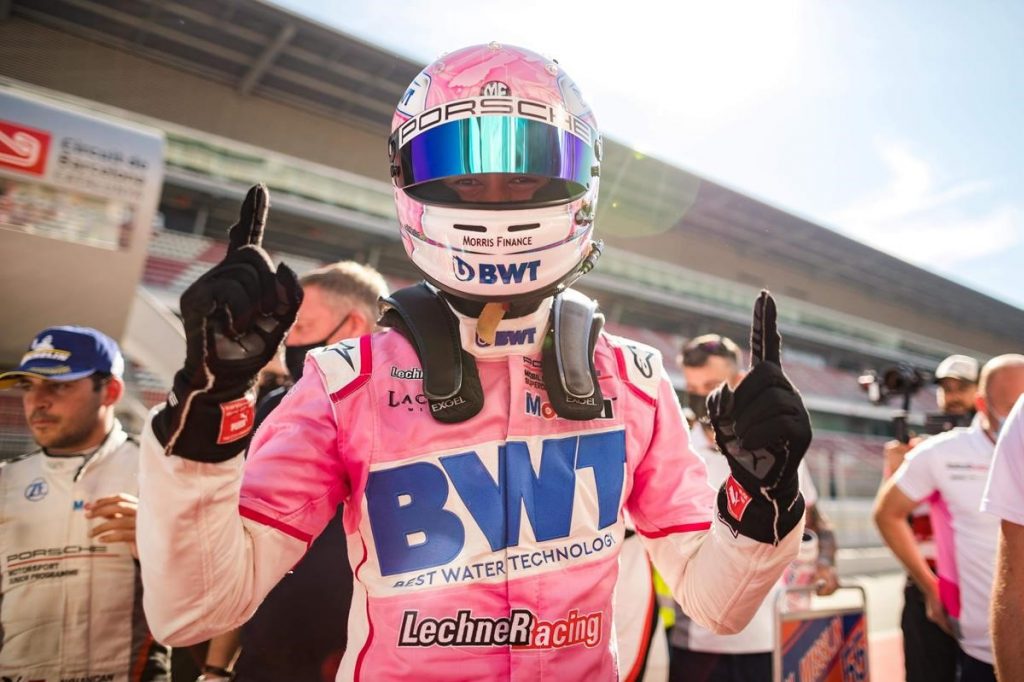 “I knew I had to keep my act together, make no mistake and bring the title home. I am so glad it worked out”, the Porsche Junior from New Zealand said after the race.

“After I had a really bad start into the weekend with all my gear stolen from my rental car, it now couldn´t have ended any better than winning the championship.”

On Saturday, Evan’s celebrated his first victory in this series, after starting from P3 on the grid. “I had a terrible getaway and there was also some chaos in the first corner, so I dropped back to P8. But from then on I had a really good race and could fight my way back through the field.” 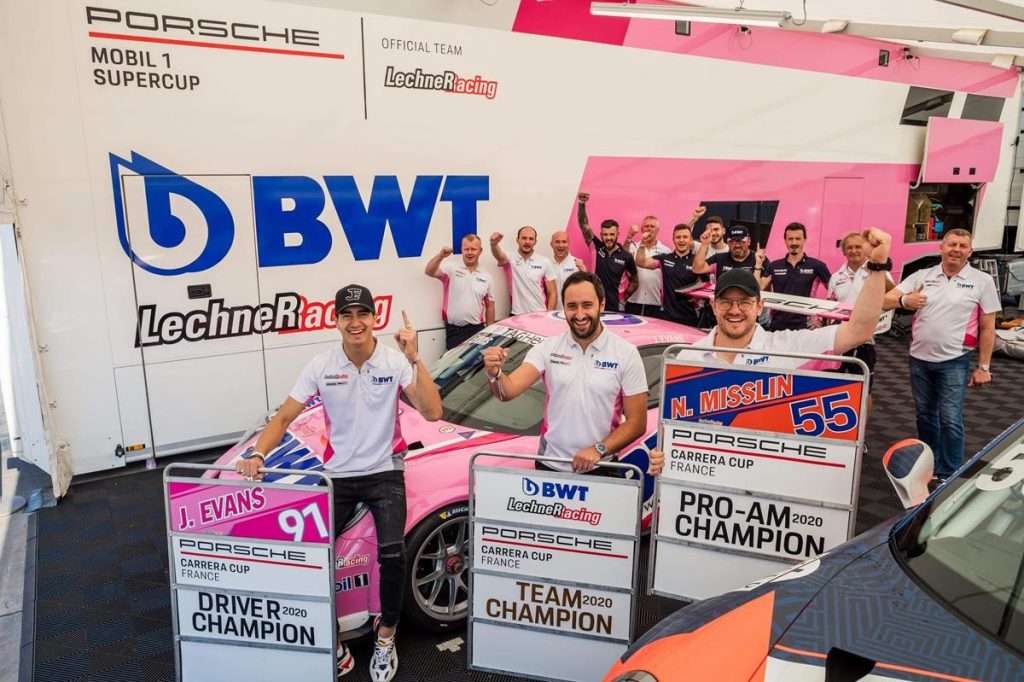 Team principle Walter Lechner was of course ever so happy with the outcome: “It was a fantastic weekend  for our team and it is a great feeling to win all the championships we competed for.

Especially as we are newcomers in the French Porsche Carrera Cup, fighting against more experienced competition.”