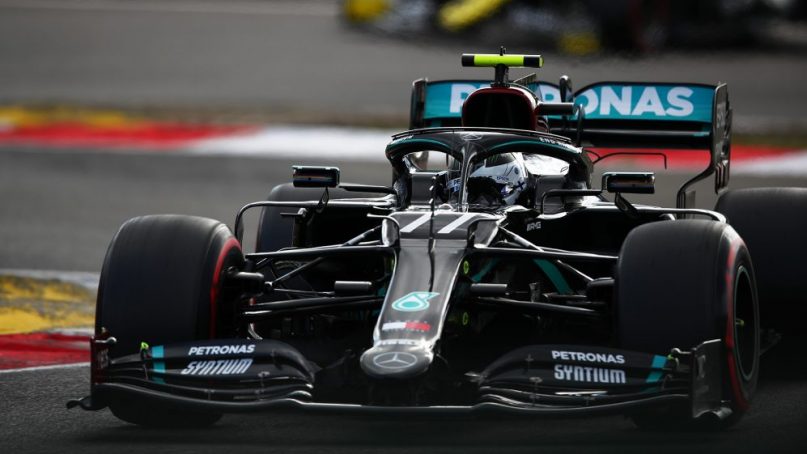 QUALIFYING FOR the 2020 Eifel Grand Prix held a number of unknowns for the Formula 1 paddock. Grand Prix racing had not been held at the venue for seven years and the older styled circuit posed uncertainties in terms of setup and tyre degradation.

The weather had not been kind on Friday with the medical helicopter grounded and track activity cancelled due to a combination of light rain and heavy fog. F1 aspirants Mick Schumacher and Callum Ilott were scheduled to make their Formula 1 debut in FP1 but will have to wait for another day as the meeting was reduced to a two day event.

Mercedes AMG Petronas team had brought new members into the team after two of the original crew had tested positive for COVID-19, while Racing Point recruited Nico Hulkenberg for the weekend after Lance Stroll had been reportedly struck down with an undisclosed illness.

“It was even wilder and crazier than last time,” Hulkenberg told Sky Sports. “I was in Cologne, which is around an hour from here, I was due to come here this afternoon anyway as I was going to do some tv stuff tomorrow. I sat with a friend having a coffee at 11am when I see Otmar ring me and say Nico, hurry we need you here. I hopped in the car, came here and the rest is history. 2.0 return in the moment of a heartbeat”

Valtteri Bottas had once again claimed the fastest time in practice for the Grand Prix from Hamilton, while a resurgent Ferrari had finished 3rd and 5th for Charles Leclerc and Sebastian Vettel respectively, on the contrary Carlos Sainz had struggled adapting to the upgrades on his McLaren Renault in 13th. Stroll was absent and the car had not yet been adjusted to accommodate the new driver.

It was really no surprise when Hulkenberg was eliminated in Q1, along with Grosjean, Russell, Latifi and Raikkonen. Antonio Givenazzi was relieved to finally make it into Q2 for the first time in 2020, while Ricciardo and Vettel were also happy to jump into the top 10 having sat on the cusp of elimination as they commenced their final flying lap of the session.

Two distinct strategies unfolded during the early laps of Q2 as cars went out in an array of red (soft) and yellow (medium) striped tyres. Thos on the harder tyre included Renault’s Daniel Ricciardo and Mercedes’ Lewis Hamilton. The move gave the drivers a choice of race strategies for Sunday. Verstappen sat at the top of the timesheets after first runs almost 5/10ths faster than the medium shod Mercedes of Hamilton. Ricciardo sat on the cusp in 10th with Vettel in the elimination zone.

A switch to soft tyres yielded gains for Hamilton and Ricciardo who moved into 1st and 4th respectively. Vettel sat in 10th until a last lap push from Leclerc saw him jump to 5th and eliminate his teammate from Q3 in the process. Gasly, Kvyat, Giovinazzi and Magnussen were also knocked out of the final qualifying session.

Most of the final runners chose used soft tyres for their first laps in Q3, with Verstappen the fastest with a 1:25.744, 6/100th of a second faster than Bottas and Hamilton. Leclerc had continued to raise hopes of a revival for the Tifosi in 5th, while Ricciardo was the slowest of the final group. The final flurry of laps saw Hamilton momentarily on top, only to be ousted from the position almost immediately by Bottas with a time of 1:25.269, some 2/10ths faster than the championship leader. A slow final sector cost Verstappen his hopes of a pole position, while Albon matched Hamilton’s time in sectors 1 and 2 to take 4th from Ricciardo. Leclerc was the last across the line and upset the order with the 4th fastest time.

“It’s is such a nice feeling when you get it done on the last lap in the last car,” Bottas told Sky Sports. “The last lap in Qualifying 3 was spot on so that was what I needed and it was nice to get it done. It’s been pretty tricky, obviously, with short practice and these conditions, getting the tyres into the sweet spot during the out lap was one of the biggest things today.”

“It’s an amazing circuit and one of the most historic circuits that we have,” Hamilton said to Sky Sports. “It is definitely great to be back here.”

Daniel Ricciardo’s 6th place matched his result from the last Grand Prix at the Nürburgring when he drove to Torro Rosso in 2013.

“I was just reminded, I actually forgot about that,” Ricciardo admitted to Sky Sports. “The funny thing, or the irony, was that I do remember my last sector and it was really good back then and that was actually my worst sector today, so getting slower with age. That’s alright I’ll figure it out tomorrow. Q1 I lost the front quite a few times into the chicane. Q2 I kind of got the balance right and Q3 I just braked too early and thought I’d get a good exit but just lost too much on the entry. Probably a little cautious I guess. Looking at the time now, we didn’t have 2/10th in it, so I don’t think it changed the pecking order, but personally I left a little bit on the table.”

Charles Leclerc was pleasantly surprised by his qualifying performance but was not quite sure what it had happened. “I don’t really know, I’m quite surprised, especially with this weather, because I expected us to struggle in the colder weather,” Leclerc explained to Sky Sports. “From the beginning of the season we have been trying to make work those tyres when it is cold and this weekend it seemed to work out for us. I’m very happy with my last lap, I put everything together and P4 is great.” 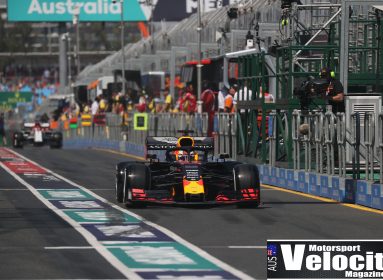 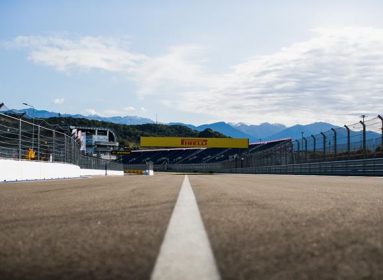 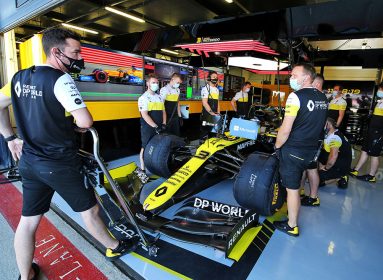