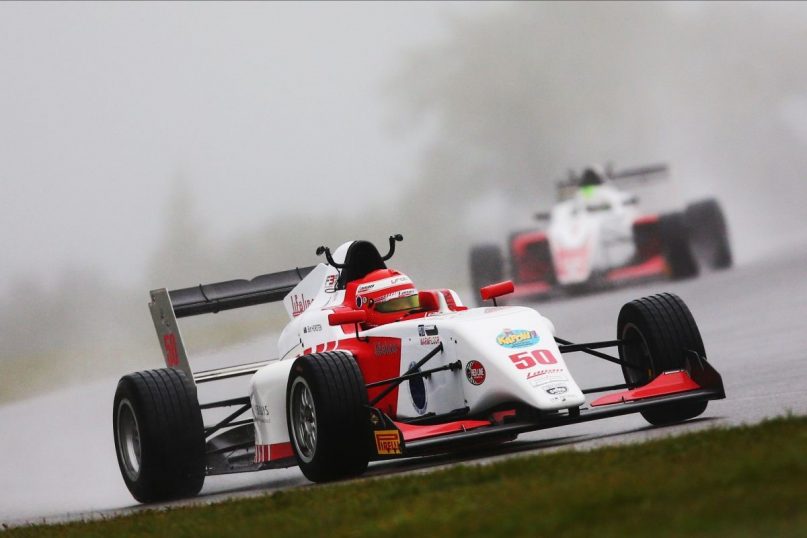 Bart Horsten produced a valiant fightback from the back of field across the latest quartet of BRDC British F3 Championship races, held in difficult conditions at Snetterton’s 300 circuit this past weekend (3/4 October).

The Perth rookie entered the weekend in Norfolk hoping to climb further up the top 10 in the championship standings after a strong haul of points in the previous outing at Donington Park, and had to do it the hard way after qualifying.

Horsten and the Lanan Racing team were faced with changeable conditions in testing heading into the weekend, looking for tweaks to find a set-up suited to the damp days that lay ahead. Saturday’s qualifying session didn’t start the way the Australian would have liked though as he was forced to pit to repair rear wing damage in the early stages. He dug deep to bring the car up to 13th with two late flying laps.

The session was marred by a timing glitch however that meant the session times were taken five minutes earlier than intended. Horsten’s two late flyers were among the laps made defunct, meaning he would be forced to start from the back of the grid for the opening race later that afternoon.

Despite the confusion, Horsten set about putting right the situation with a spectacular fightback from the rear in torrential conditions. Avoiding a startline shunt ahead of him, the Young Racing Driver Academy star fought past several rivals to move up into the top 10. He soon made his move on Reece Ushijima and later surpassed Kush Maini for eighth and a 10-place net gain by the flag.

Buoyed by the result, Horsten – backed by sponsors The Web Guys, Kapow! Your Super Business Coach, CKD Shop, Camino Coaching and EP Warmfloor – hoped for more good points from the second race for which he started sixth on the grid. A fast start unfortunately did not materialise as he found himself boxed in heading to turn one, settling into seventh place. Despite dropping a spot during the race, he chased Manaf Hijjawi hard and narrowly missed out as he came home eighth.

Sunday brought torrential conditions, but Horsten had to attempt another ‘burn from the stern’ from 18th on the grid after what occurred in qualifying. Starting behind the safety car, a spate of off-track moments ahead of him allowed the British F4 race winner to pick off his rivals once again and climb his way into 10th place by the chequered flag.

With the race four grid decided by average times across the previous three contests, Horsten was put 10th on the grid for the final outing. A good start put him in the mix but he found himself squeezed into the side of Hijjawi’s car, suffering slight steering damage as a result.

Fighting through pain in his hand suffered from the collision, Horsten survived a further moment battling his way back up the order and then executed a perfectly-timed cutback move to dispatch Ushijima for ninth place at Agostini hairpin to round out the weekend.

Improving a spot in the championship standings, Horsten sits ninth in the table heading to Donington Park for the third time this season on 24/25 October, this time around the shorter National circuit.

“A challenging weekend in tricky conditions, but I feel that we recovered well throughout the races considering where we were left after qualifying. I made a mistake which delayed us in that session, but we were very unlucky to be put to the back of the grid by circumstances out of our control,” said Horsten.

“The first race was fun despite how wet it was. We stayed out of trouble and by the end of the race we were catching and passing drivers when it all settled down. In the second race, I felt we could have been higher but I got boxed in a few times while trying to make passing moves.

“It was similar on Sunday and it’s actually a shame that we suddenly really found pace late on in the races. In the last race, I couldn’t avoid the first impact and it jarred my hand which was hurting a lot for the whole race. I learned to drive around it and luckily it’s easier in the wet conditions, but I had fun and made some big moves on a few guys.

“Back to Donington Park next where I know we are quick, but it’s going to be all about qualifying there. The cars are so close and it’s quite a short lap around the national circuit so finding that clean lap is going to be the most important part of the weekend.” 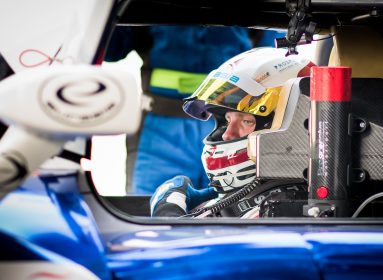 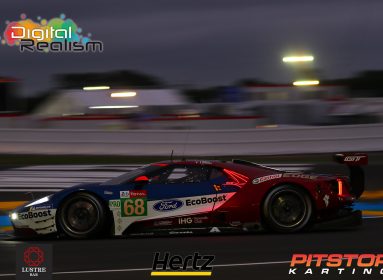 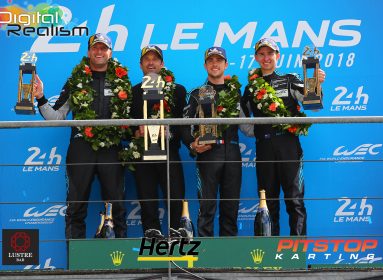