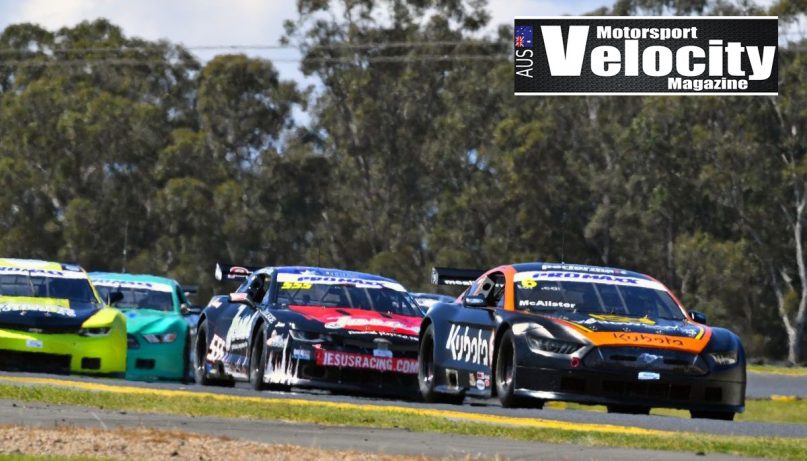 Race 3 began in dramatic fashion when Mark Crutcher and Craig Scutella tangled off the rolling start at Turn 1. Crutcher made a great start from the back of the pack before the pair touched on the entry to Turn 1. Fortunately both cars were repaired and rejoined the field for Race 4.

VELOCITY MAGAZINE RETURNS TO GRASSROOTS MOTORSPORT AT SMP THIS WEEKEND

The race restarted on Lap 5 and there was a fight at the front with the top four stretching out their lead. Fisher and fellow TA2 debutant Zac Loscialpo were battling for second before Fisher was turned by Loscialpo coming onto the main straight with two laps remaining. Loscialpo was later handed a three-place grid penalty for the next race. McAlister took the chequered flag by two seconds ahead of Coulter, Graham Cheney, Loscialpo and Chris Formosa.

In Race 4, Fisher staged a strong recovery drive in the Jesus Racing Camaro as he charged back to the podium from sixth in the final race, setting the fastest lap of the race at a 1:38.0 in the process.

A safety car was called on Lap 3 with Mark Crutcher in the wall at the final corner, reporting a failure in the front-end. After the restart, TA2 debutant Zach Loscialpo and Graham Cheney made contact, with Loscialpo dropping behind Cheney in fifth. TA2 debutant Barry Kelleher retired on Lap 7 after a solid weekend in his Mustang.

The fourth and final race saw McAlister hold off Coulter on worn tyres in a terrific scrap for the lead to secure the round win.

The PROMAXX Performance Exhausts TA2 Muscle Car Series will look at staging more events as border restrictions ease nationwide, with the next state of origin event planned for the AMRS round at Queensland Raceway on 23-25 October. 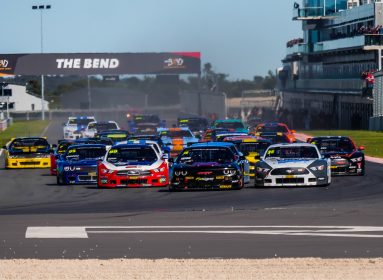 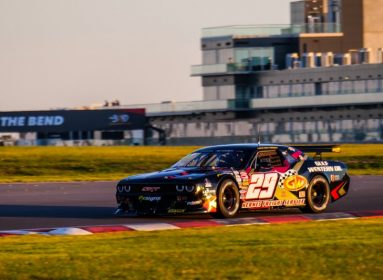 TWO FROM TWO FOR NATHAN HERNE IN TA2 AT THE BEND 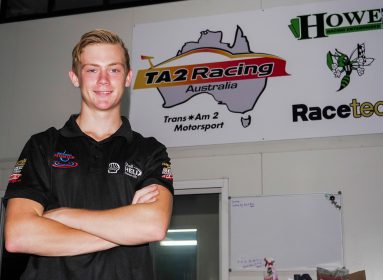