PYE SCORES FASTEST LAP IN CHARGE TO 7TH AT THE BEND 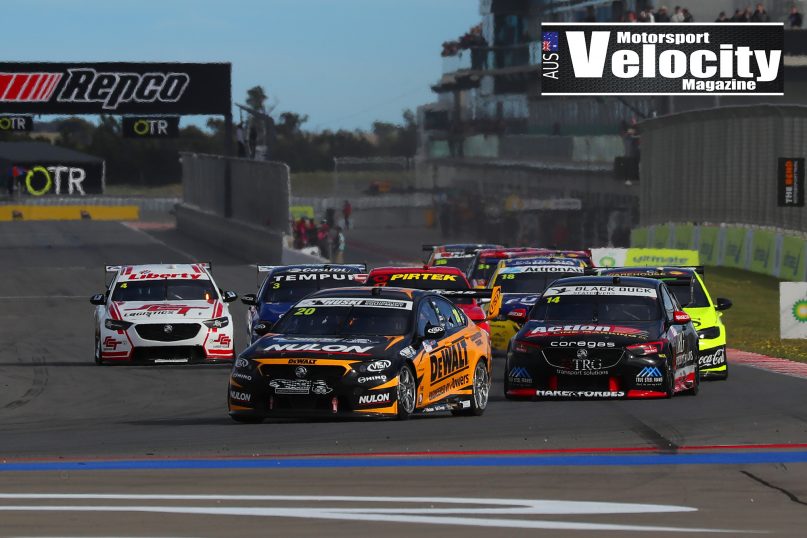 DEWALT Racing’s Scott Pye made ten spots and scored the fastest lap of the race, while IRWIN Racing’s Mark Winterbottom battled blistered tyres for 17th in Race 25 of the Virgin Australia Supercars Championship at The Bend Motorsport Park.

Pye started 17th for Race 25 after starting the day with a wild spin in opening practice. The DEWALT Commodore ran wide on the exit kerb at the long right-hand sweeper at Turn 8 and spun off the track in damp conditions.

The DEWALT Commodore carried its strong race pace from Darwin and Townsville into the opening race at The Bend as Pye made up a couple of positions in the opening lap melee in the midfield before the pit stop cycle commenced on Lap 5.

Pye lead three laps before he was the last to stop and pitted from the lead on Lap 15 for three tyres. With a fresh tyre advantage he began to close in his rivals, scoring the fastest lap of the race by half a second on Lap 17 and the only driver to set a sub 1:50 lap time.

Pye exited in 12th before passing De Pasquale for 11th, pole-sitter Mostert for 10th and then moved up to ninth when Holdsworth was turned by McLaughlin further up the field. 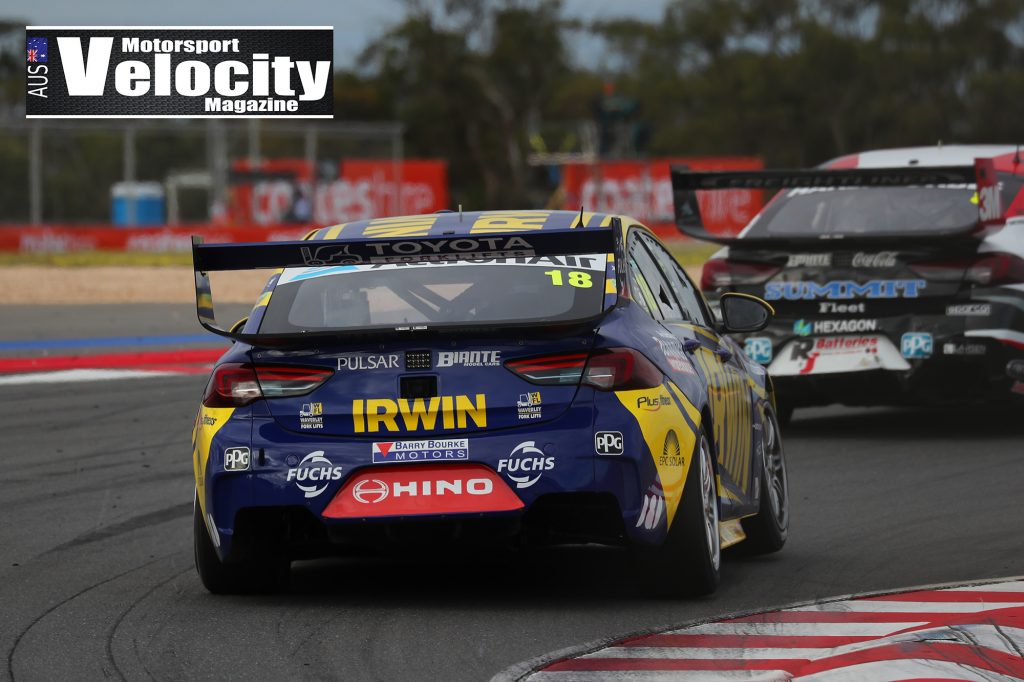 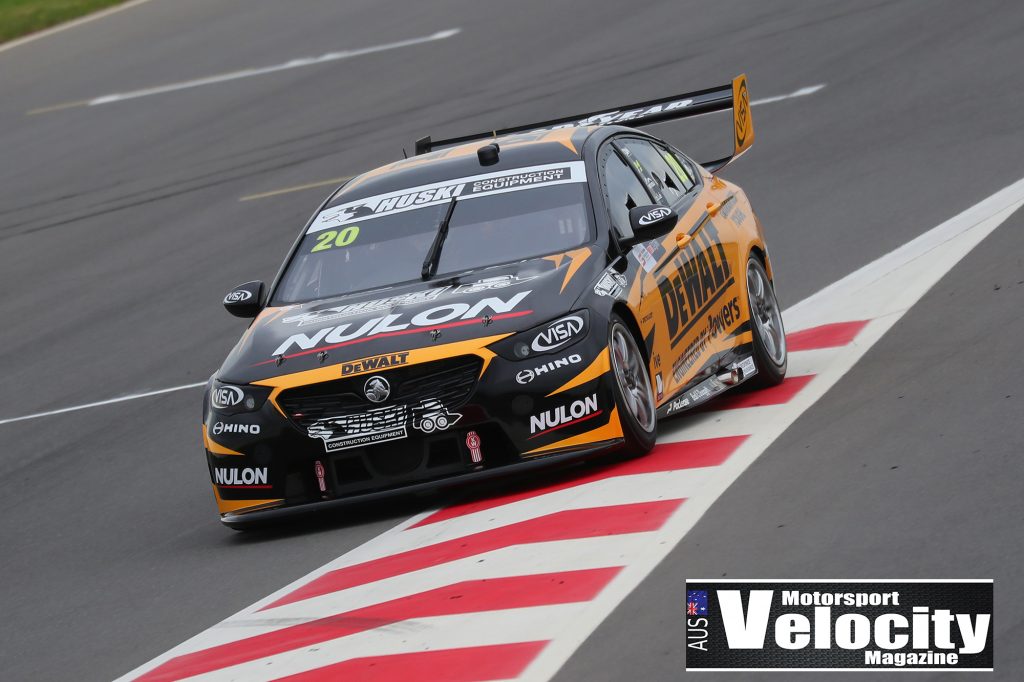 Pye took the chequered flag in eighth ahead of Van Gisbergen before a penalty to series leader McLaughlin promoted him to seventh.

Winterbottom had encouraging top-ten speed during the mixed-weather practice sessions, however he qualified a row behind team-mate Pye in 19th for the first 24-lapper of the weekend on a drying circuit.

Winterbottom lost a couple of positions on the first lap when McLaughlin rejoined in the midfield following his clash with Whincup while battling for the lead.

The IRWIN Commodore pitted early on Lap 6 and emerged in 16th when the pit stop cycle closed ten laps later.

Winterbottom was one of many cars in the field to suffer from blistered tyres late in the race, as he battled home to finish in 17th.

Following his seventh place finish, Pye is now within 30 points of the top ten in the drivers standings, while Winterbottom has retained his eighth position in the leaderboard. Meanwhile, the combined points sees Team 18 drop one spot to sixth in the teams championship.

The IRWIN Racing and DEWALT Racing Commodores return to action tomorrow with back-to-back qualifying from 9:20am ACST. Race 26 will commence at 11:55pm and Race 27 from 2:25pm, live on Fox Sports 506 and Kayo Sports. 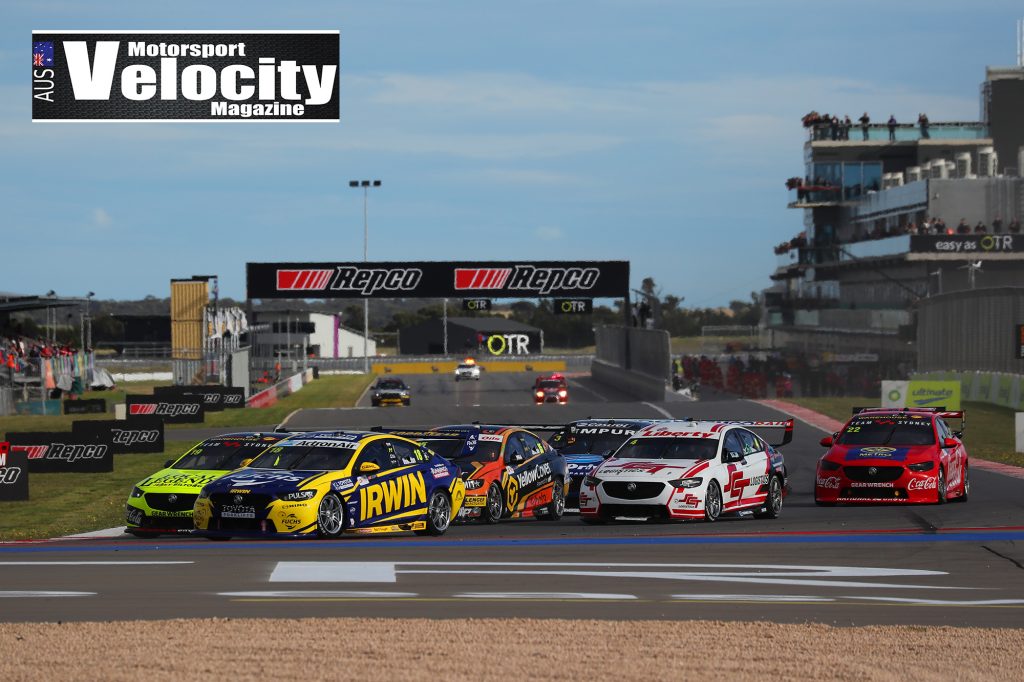 “I’m really happy with the race today to move up ten places and earn the fastest lap of the race by half a second,” said Pye.

“The DEWALT Commodore was pretty speedy today, there’s a few battle scars on it but overall we are looking good for tomorrow.”

“The crew nailed the three-tyre pit stop today and we were able to come home strong and pass a few cars late in the race.

“We’re still searching for that one-lap speed to improve our qualifying performance, but we’re trying lots of things without affecting our race package.

“We’ve got our race setup pretty well locked-in now, we just need to keep trying to improve our one-lap speed in qualifying.

“If we start in the top ten we’ll be on for a great result, so with two more chances tomorrow I’m looking forward to seeing what we can achieve.”

“It was a very tough race for me today,” said Winterbottom.

“Our rear tyres were blistered and we didn’t have the car speed to move up towards the top ten.

“The blistered tyres hurt our race pace massively, we went with a Triple Eight type of setup and they seemed to have the same dramas as well.

“We’ll work hard tonight and aim to look after our tyres better in the races tomorrow.” 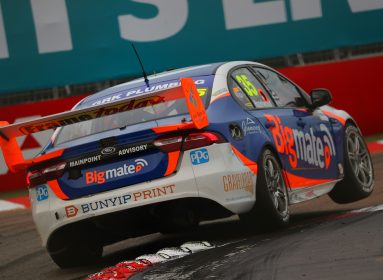 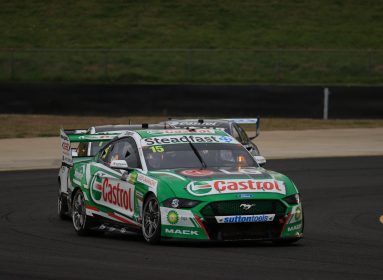 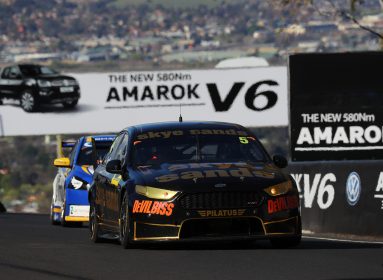