BINDER FASTEST ON MOTOGP FRIDAY-TOP 5 WITHIN A TENTH

Brad Binder (Red Bull KTM Factory Racing) took Friday honours at the Gran Premio TISSOT dell’Emilia Romagna e della Riviera di Rimini, thanks to a 1:31.628 in MotoGP™ FP2. Takaaki Nakagami (LCR Honda Idemitsu) is just 0.002 behind the South African on an opening day at the Misano World Circuit Marco Simoncelli that saw the top five finish within a tenth of each other. Third place went the way of FP1 pacesetter Fabio Quartararo (Petronas Yamaha SRT), the 21-year-old just 0.016 off the pace of Binder.

In the opening stages of FP2, Quartararo was the pacesetter. The riders set off around Misano to get some race setting work done, with riders heading out on various Michelin rubber. Quartararo was on the hard front, medium rear tyre and was setting very impressive lap times – as he did this morning. The Frenchman’s fastest time was a 1:32.320 before he then improved to a 1:32.273 soon after in the opening 15 minutes, with Nakagami sitting second – 0.099 off the pace.

The two Red Bull KTM Tech3 riders of Miguel Oliveira and Iker Lecuona were going well as the duo sat P3 and P5, with Pramac Racing’s Jack Miller splitting them in P4. Miller, Lecuona and Tito Rabat (Esponsorama Racing) were the only riders to have improved their combined times in the opening 20 minutes of FP2.

The first man to oust Quartararo from the top of the timesheets was San Marino GP podium finisher Francesco Bagnaia (Pramac Racing) as the Italian slammed in a 1:32.138 with 17 minutes to go, with the soft tyres being slotted in shortly after as the times plummeted. Pol Espargaro (Red Bull KTM Factory Racing) – a crasher in the early stages of FP2 – was the first rider to really move the goalposts, after finishing FP1 in P3, the Spaniard was then top of the times with a 1:31.699 – ousting Quartararo’s 1:31.721 from the morning.

But Espargaro wasn’t at the summit for long. Nakagami and Honda have seemingly found some of the issues that plagued the Japanese rider last weekend at Misano and having finished P5 in FP1, Nakagami was then leading the way. A 1:31.630 placed Nakagami 0.069 ahead of Espargaro, but then another KTM rider was on the move. Binder was 14th this morning but following lap record holder Maverick Viñales (Monster Energy Yamaha MotoGP), the MotoGP™ race winner demoted Nakagami to P2 by 0.002 seconds. Viñales, in turn, went to P4 after choosing not to do a time attack run in FP1.

Quartararo was then lighting up the timesheets on the soft rear tyre, but El Diablo couldn’t quite retake top spot and slotted into P3. Viñales then improved again and despite going just 0.041 slower than Binder, the Spaniard stayed in 4th place. Pol Espargaro’s 1:31.699 eventually saw him slip to fifth and at the end of the session, you could throw a blanket over the top five – it was that close. Just 0.071 between three manufacturers is a timely reminder of how close the premier class is in 2020.

Morbidelli finished second behind teammate Quartararo in FP1 but didn’t improve in the afternoon session. It didn’t matter too much though, Morbidelli didn’t look like he went for a time attack in FP2 with his FP1 time keeping him P6 overall – 0.183 from Binder. Seventh place Joan Mir (Team Suzuki Ecstar) was another rider who failed to improve in FP2, and neither did eighth fastest Oliveira. The Spaniard and Portuguese rider claimed P4 and P5 respectively in FP1 and look strong this weekend, despite not going quicker in FP2.

The leading Ducati rider on Day 1 is Danilo Petrucci (Ducati Team) in ninth place after dipping his toe into the 1:31s in FP1. The Italian struggled last weekend at Misano and in the test on Tuesday, but things started to look up in the afternoon as Petrucci currently occupies an automatic Q2 place. 10th place goes to another Ducati in the form of Johann Zarco (Esponsorama Racing), the Frenchman recovering from a crash in FP2 to claim a double top 10 on Friday – 8th in FP1, 10th in FP2. 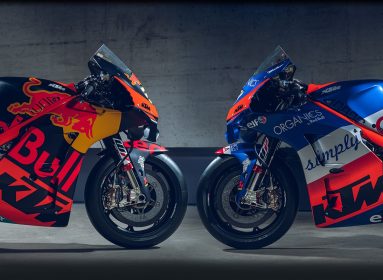 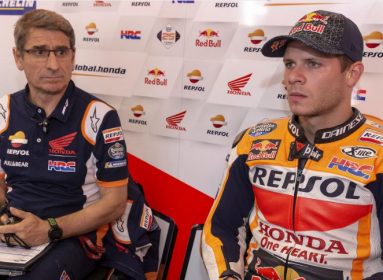 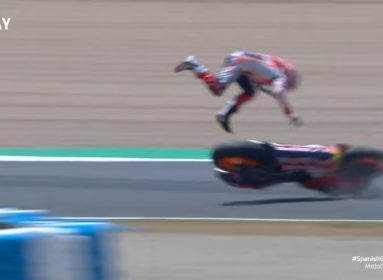