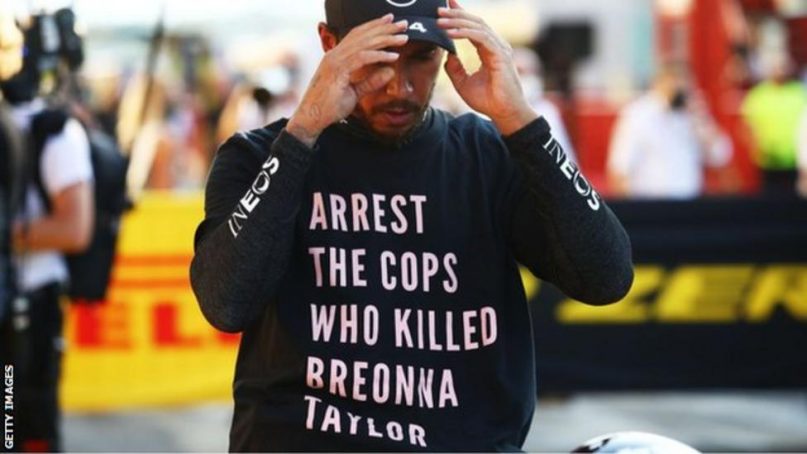 Velocity Magazine understands Lewis Hamilton is being investigated by Formula One officials after wearing a T-shirt carrying a seven-word message at the Tuscany GP race.

Overseas Media have been reporting the news that after the Tuscany Formla 1 Grand Prix Hamilton is being investigated by the FIA for wearing a T-Shirt with the words “Arrest the cops who killed Breonna Taylor” before and after the race. 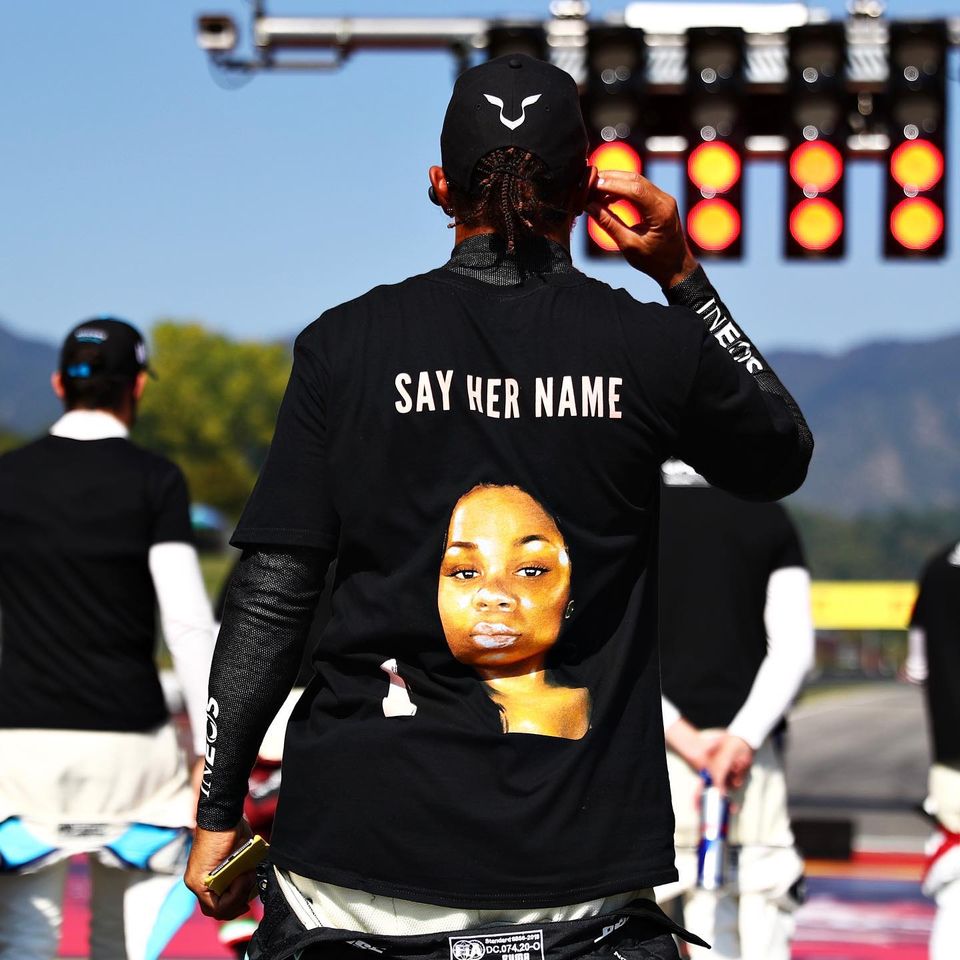 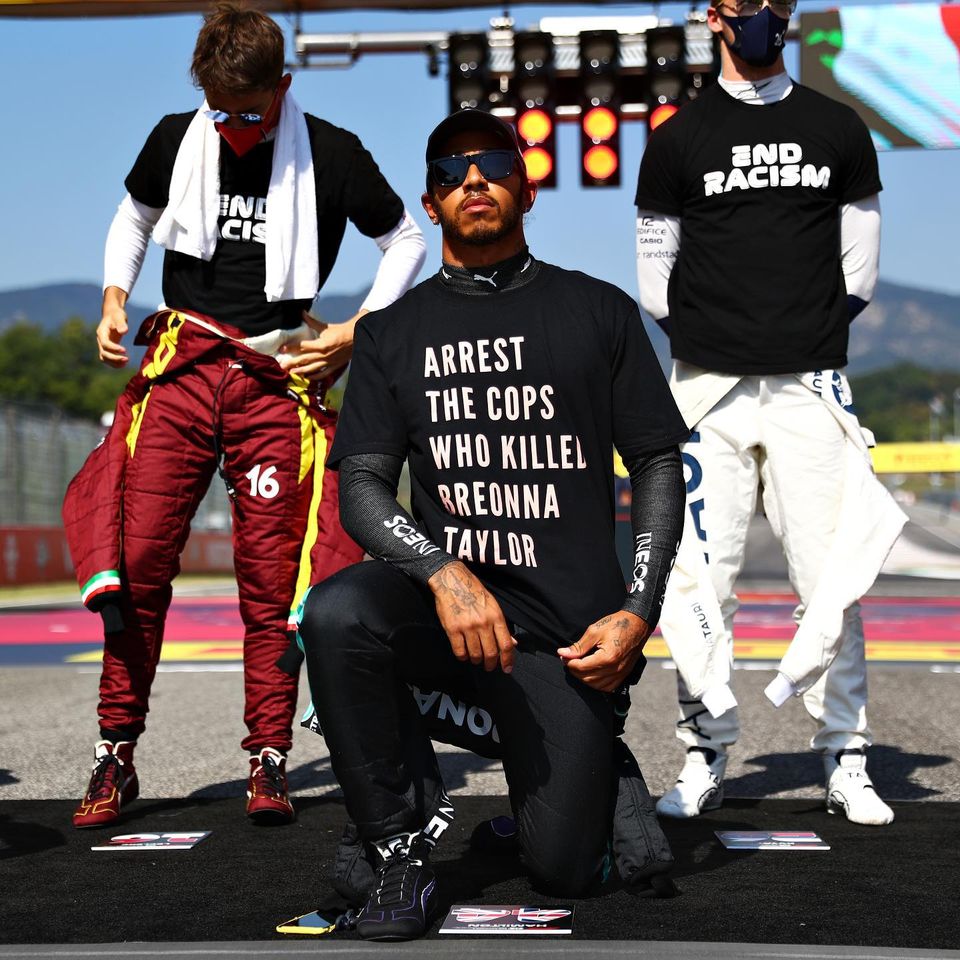 The six-time world champion and series leader, who won the race, wore a T-shirt bearing a message that said “Arrest the cops who killed Breonna Taylor” before and after the race, during an anti-racism ceremony and television interviews.

The T-shirt featured a photograph of Taylor on the back with the message: “Say her name.” Reported The Sun newspaper.

Hamilton also wore the black t-shirt on the Tuscany podium after he won Sundays race, but then removed the shirt for the official photographs of the podium winners, Valtteri Bottas, Alexander Albon with Hamilton.

The formula 1 website has no photos in its reports of the race with Hamilton having the T-Shirt on.

A spokesman for the International Motoring Federation (FIA) told the BBC the case against Hamilton is “under active consideration”.

Hamilton had previously worn a “Black Lives Matter” T-shirt at every race without any comment from the FIA.

Taylor, a 26-year-old black woman, was shot by police in Kentucky in March. She was a medical worker and was killed in her own home.

The FIA rules state that drivers are not to use advertising that is “political or religious in nature of that is prejudicial to the interests of the FIA”. 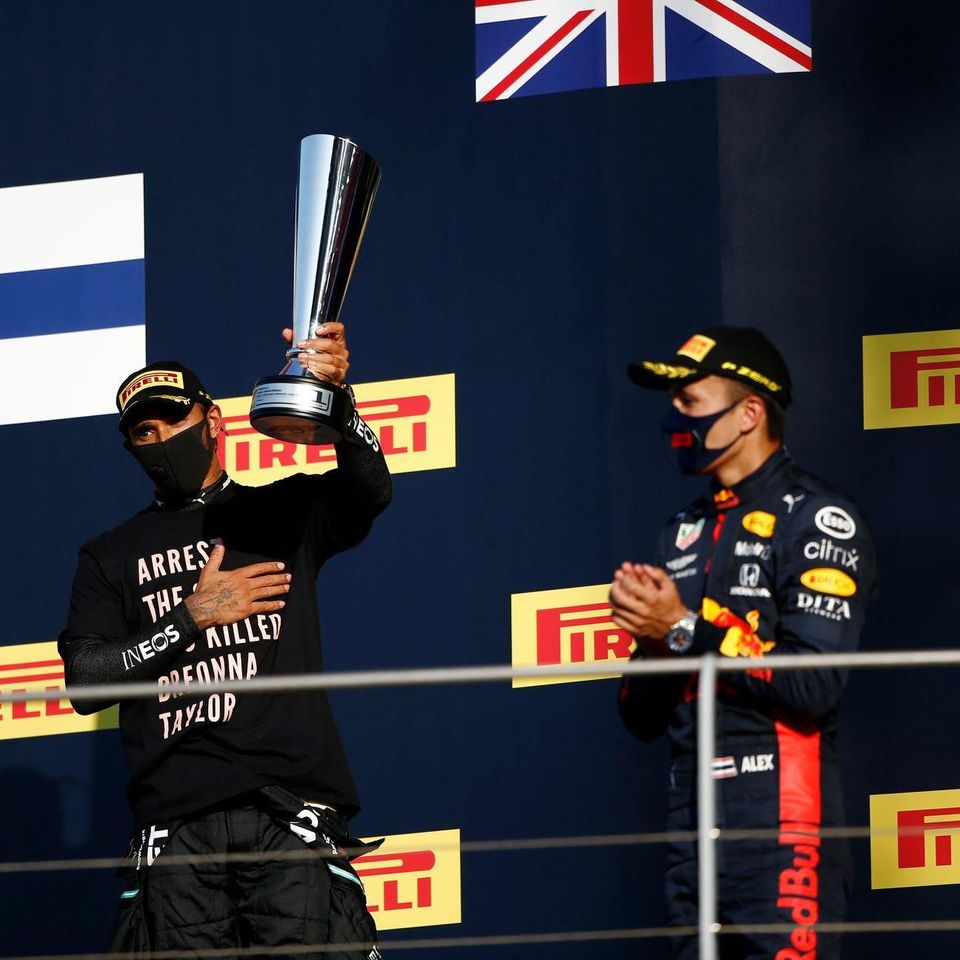 “It took me a long time to get that shirt and I’ve been wanting to wear it and bring awareness to the fact that there’s people that have been killed on the street and there’s someone that got killed in her own house, and they’re in the wrong house, and those guys are still walking free,” said Hamilton after his 90th career victory on Sunday.

“We can’t rest. We have to continue to raise awareness with it. And Naomi’s been doing amazing, so huge congratulations to her. She is an incredible inspiration with what she has done with her platform.” 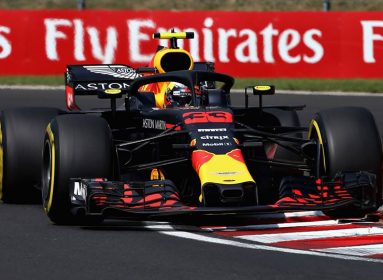 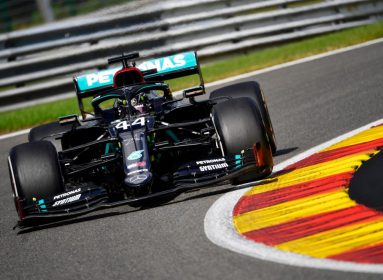 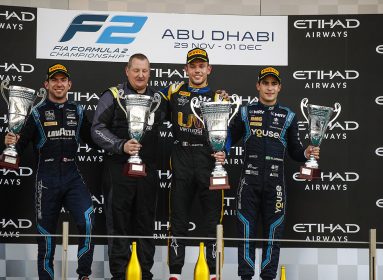 GHIOTTO SPRINTS TO VICTORY IN FINAL FIA F2 RACE OF 2019