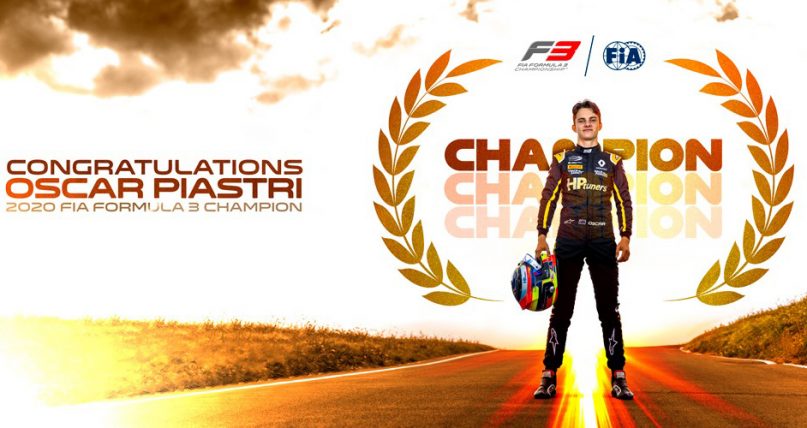 Oscar Piastri and Logan Sergeant went into the final race of the 2020 Formula 3 Championship locked on 160 points a piece. The mission for either driver was simple, finish ahead of the other and claim the title.  Theo Pourchaire had leapt into contention after the opening race of the weekend, but needed the win to have any chance of stealing the crown. Sergeant appeared to be in the box seat from 5th on the grid, ahead of both Pourchaire and Piastri.

As the lights went out it was Liam Lawson who led from pole with Fernandez on the Kiwi’s left. The ART tried to sweep around the outside at the first turn, while Alex Smolyer looked to do the same to David Beckmann. Logan Sergeant appeared to be safely behind the quartet, keeping a watching brief on the action ahead. Smolyer forced his teammate wide at the exit of Luco, the second corner of the circuit, which placed Fernandez under threat from Sargeant. The #9 ART veered towards the centre of the track as Zendeli tried to force his way past on the approach to Poggio Seco, turn 3. Sergeant was squeezed between the two and made contact with the Trident driver, who had two wheels on the grass on the extreme outside of the circuit. The PREMA and Trident cars speared into the gravel trap. With both cars unable to continue, Sargeant’s hopes of the title had gone.

“What is Zendeli doing?” Sergeant called to his team in disbelief. “What a joke man,” was the team’s response.

Zendeli saw things differently. “What a stupid guy, what a stupid guy!” Zendeli exclaimed to the Trident team as he exchanged glances with the American.

Oscar Piastri had made a brilliant start from 11th on the grid and had climbed to 7th by the time Race Control called for the Safety Car, with Pourchaire in 8th. The field cruised around behind the Safety Car until the end of lap 3. At the restart Lawson held the field back, zig zagging across the track to warm his tyres before launching away at the control line. The field bunched behind as Lawson pulled away, then pushed and shoved for position at turn 1. Pourchaire dived inside Piastri, who reacted intelligently to the threats on both sides of his #1 PREMA, and dropped to 9th in the process. Piastri now had Jack Doohan in his mirrors, perhaps hoping that the HWA RACELAB driver would support his fellow Australian.

By lap 6 of 21 Lawson led from Smolyer, Beckmann, Fernandez, Fittipaldi, Pourchaire, Verschoor, Hughes, Piastri and Doohan. Alex Peroni had moved up to 13th and Calan Williams sat at the edge of the top 20. Vesti moved past both Australians to drop Piastri to 10th place as Pourchaire continued to push ahead. He sat in 5th by half distance, needing to score 3rd or better to take the title as Piastri appeared to be falling off the pace.

It was heart in the mouth start by the half way point of the race as Pourchaire climbed past Fittipaldi for 4th place, just over a second away from 3rd placed teammate Fernandez and the position needed to claim the championship. Piastri, on the other hand, clung to 10th place stuck behind a gaggle of cars with teammate Vesti immediately ahead. Smolyer dropped back through the field as the race progressed and was passed by Vesti. Pourchaire took 3rd from fellow ART driver Fernandez and Piastri replied by taking 9th from Smolyer. The move kept Piastri ahead of Pourchaire in the driver’s title by a solitary point. Doohan was also enjoying his best race in 2020 and took 10th from Smolyer on lap 17, which placed him just over 2 seconds behind Piastri.

Vesti all but surrendered 8th place to Piastri on lap 18, the Danish driver moved left to give space to his teammate as the Australian used the DRS zone to sail past.

“Yyyeess!” Yelled Piastri over the team radio as he slapped the halo of the #1 PREMA on his cool down lap. “What a race man,” he added as he drew a breath and a huge sigh of relief. In his moment of triumph Piastri still had thoughts for his teammate, “I feel so bad for Logan man, so sorry for Logan, but YES BOYS WE DID IT!”

Liam Lawson cruised to a 7.8 second victory, his third win of a season, from Beckmann and Pourchaire. Fittipaldi and Verschoor finished 4th and 5th from Hughes, who had overtaken a ragged Fernandez in the closing laps. Piastri had also closed on the ART driver, who had locked a brake on the final lap, but chose to stay a safe distance behind to protect his position in the championship. The Australian couldn’t help himself in the final run to the chequered and pulled out to pass Fernandez, who swerved across the track in a failed attempt to stop him. Piastri’s last gasp 7th guaranteed him the 2020 Formula 3 Championship title with style.

Jack Doohan slipped back to 11th in the closing stages to just miss out on his first points for the season, while Alex Peroni took 13th and Calan Williams 18th. 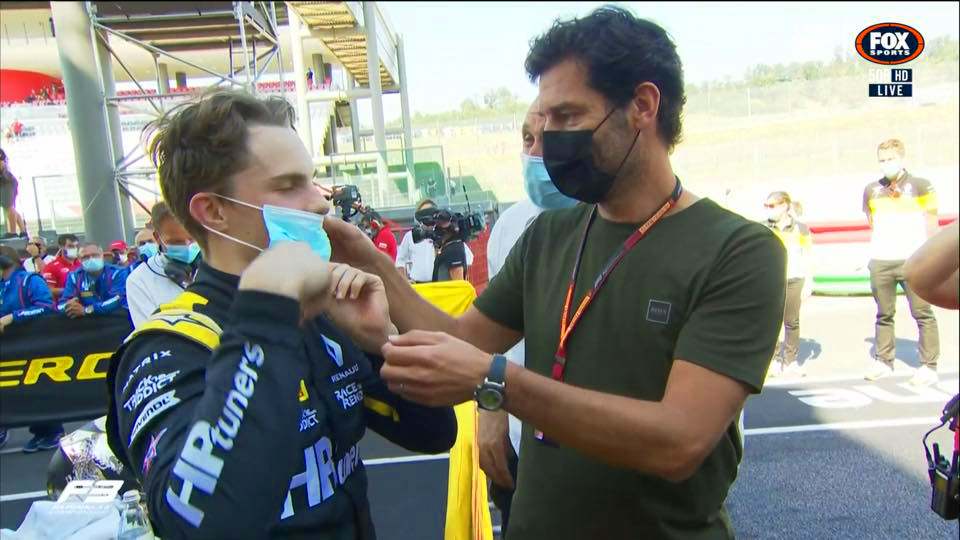 “I think last the few weeks have put me through a test emotionally… I still can’t believe we won this,” Motorsport Australia quoted Piastri post-race. “I have been consistent over the year. We bounced back from all setbacks we’ve had. (We) had quite a few technical issues and other problems to deal with but keeping my head cool and my consistency has been the biggest thing.” 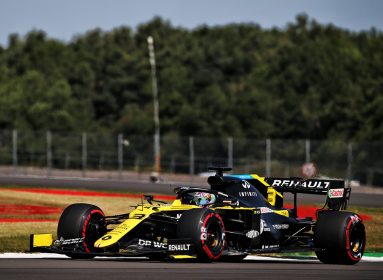 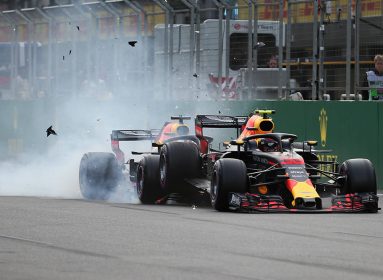 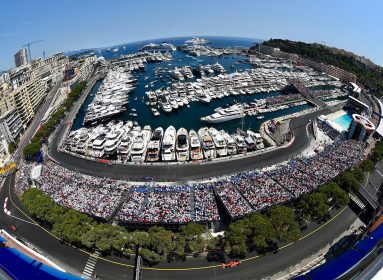