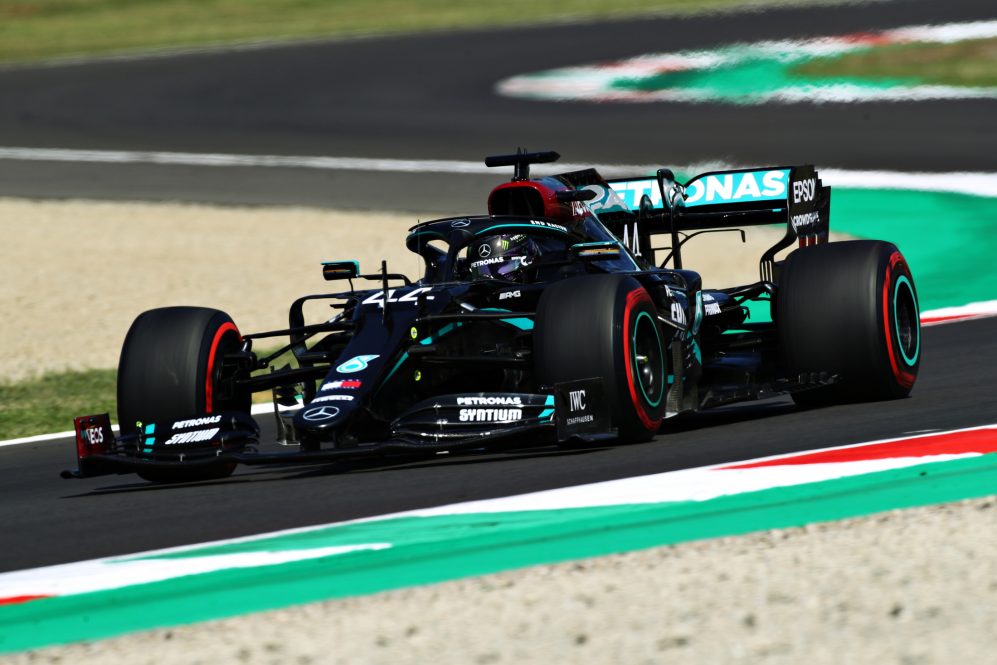 What a difference a week makes, after winning the Italian Grand Prix just over a week ago, Pierre Gasly found himself in the elimination zone for Q1 after their first qualifying runs.

At the other end of the timesheets sat Valtteris Bottas and Lewis Hamilton, the AMG Petronas Mercedes pair the only drivers to break the 1.16 mark with Bottas on top in a time of 1:15.749

Max Verstappen, Lance Stroll, Sergio Perez, Alex Albon, Charles Leclerc, Daniil Kvyat, Carlos Sainz and Daniel Ricciardo sat comfortably out of the relegation zone in the top 10. Times improved for all runners who went back out for a second run, with Sebastian Vettel at risk of elimination. Vettel’s final lap was just enough for the German to scrape into Q2 by 5/100ths of a second.

Hamilton threw down the gauntlet to Bottas with a 1:15.309, to head the Finn by 2/100ths of a second. Verstappen, Albon, Ricciardo, Stroll, Leclerc, Esteban Ocon, Perez and Lando Norris were the top 10 after the first flying laps had been run. The field filed back into the pitlane in preparation for one last chance at making the cut-off for Q3.

“Yeah that one was pretty decent,” Ricciardo radioed to his team. “Shortly out of breath,” he added of the effort.

Hamilton remained at the top of the timesheets as those in the top 5 sat out the final qualifying run as those in the relegations zone struggled to find sufficient time. Norris sat on the cusp in 10th place, only to slip into the elimination zone at the hands of his teammate, Carlos Sainz. At the end of Q2 it was Norris, Kvyat, Kimi Raikkonen and Sebastian Vettel who failed to progress to Q3.

Lewis Hamilton produced a 1:15.144 in his first run of Q3 to head Bottas by 6/100ths of a second from Bottas, Verstappen and Albon. Ricciardo held 6th just behind the Racing Point of Stroll. Ocon had not set a time during the first half of the session and was out to make amends during the final minutes of Q3. He overstepped the mark ar Turn 3 Poggio Secco. The Renault spun and the speared backwards off the track, which immediately brought out the yellow flags. The incident prevented the likes of Bottas, Ricciardo and Sainz from improving their time, but Perez and Leclerc were able to leapfrog the Renault as Ocon had spun behind the pair. 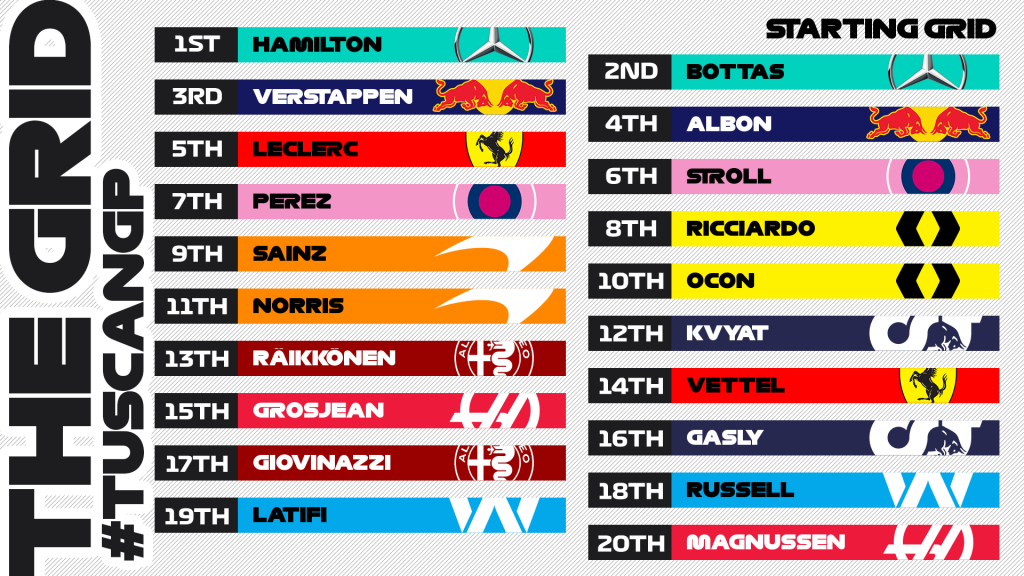 “It’s been a really tough weekend if I am really honest,” Lewis Hamilton told Sky Sports. “The track is phenomenal, It’s a really challenging circuit and, as you saw Valtteri was quicker than me yesterday and even this morning and even in Q1. So I have been working really hard in the background trying to improve my time, my lines, my set up and with the engineers doing such a tremendous job. Finally I got the lap that I needed. At the end there, I think the wind picked up and I wasn’t able to improve, but nonetheless it was the job done.”

Qualifying for the 2021 Spanish Grand Prix produced mixed results throughout the field. From Lewis…

BOTTAS BOUNCES BACK WITH RESURGENT MERCEDES IN PORTUGAL