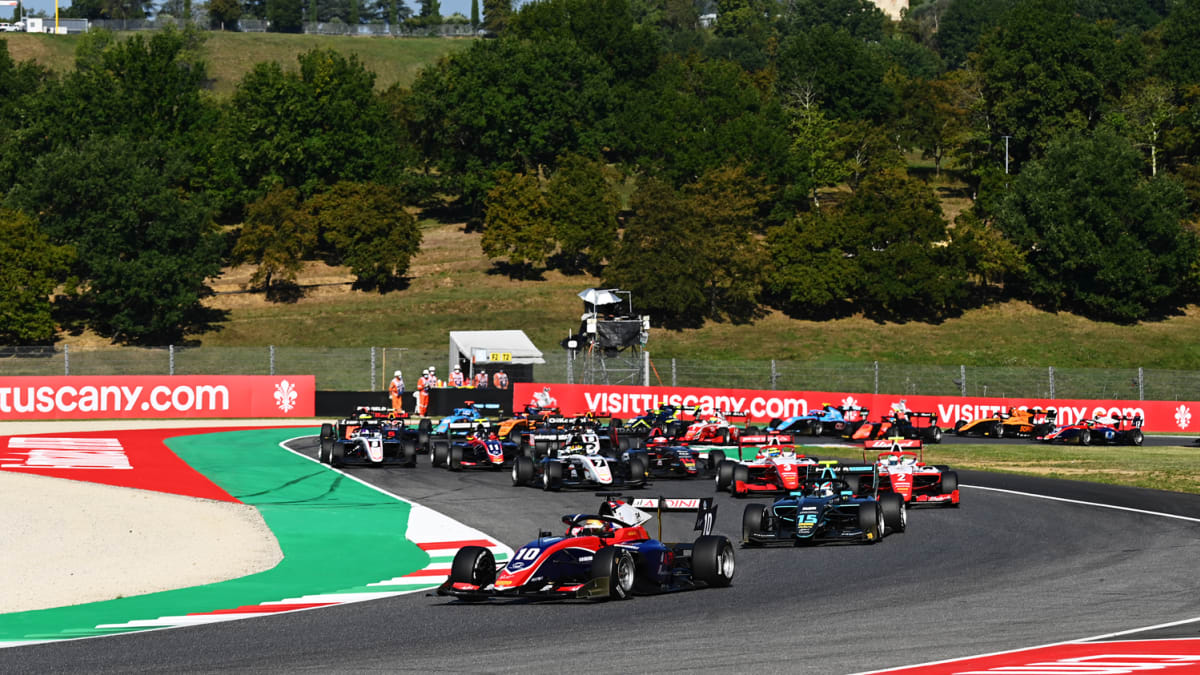 An 11th place finish for Oscar Piastri and 5th to Logan Sargeant has seen the pair finish the penultimate race of the 2020 Formula 3 Championship tied on 160 points a piece.

Sergeant had run in 5th during the final stages of the race only to see Enzo Fittipaldi grab the place  and set up the winner take all final race of the season. 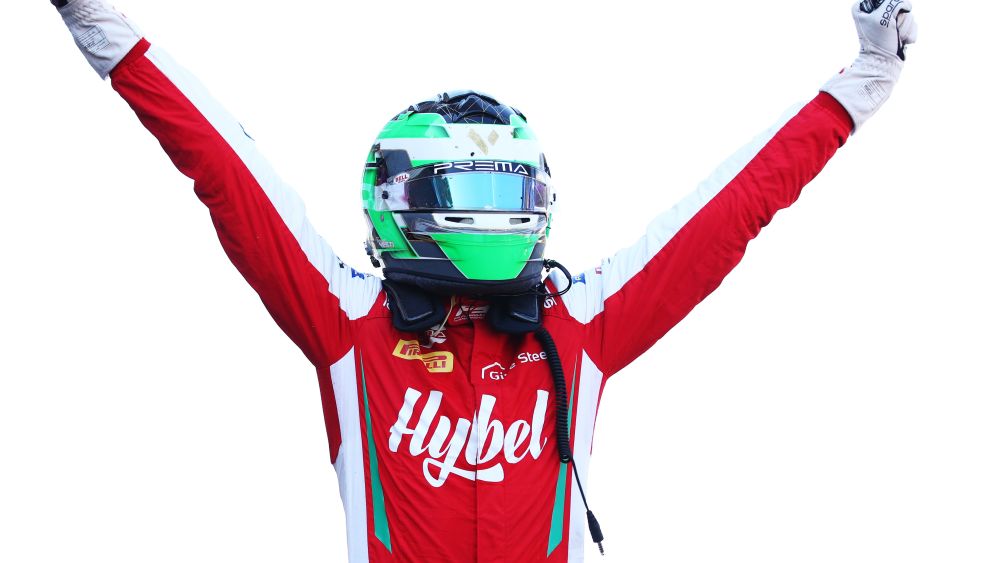 PREMA’s Frederik Vesti (above) won for the second time in as many rounds by taking an emphatic FIA Formula 3 Race 1 victory over Jake Hughes in Mugello. It wasn’t enough to keep the Dane in title contention though, with the battle for the crown now a three-way fight between Oscar Piastri, Logan Sargeant and Théo Pourchaire.

Lirim Zendeli led Jake Hughes during the early stages of the race and held a handy gap to the rest of the field with Zendeli maintaining the lead before the introduction of the DRS zones. It was then that Hughes went on the attack at turn 1 in a late move that saw the pair rub wheels momentarily. Hughes repeated the move on the following lap with more success and took the lead. Zendeli responded a lap later with a burst of speed down the main straight the stunned the HWA RACELAB driver.

The fight for the lead enabled Feredik Vesti to close on the front runners. Hughes meanwhile, had finally made a definitive move for the race lead and managed to moved far enough ahead to see Zendeli lose the DRS advantage.

Piastri was finding things much tougher in the midfield battle as he diced with Nannini, Peroni and then Hauger for position. I light touch with Peroni as Piastri moved into 14th was simply a taste of what lay ahead for the championship leader. A move on Dennis Hauger for 13th almost saw the Australian eliminated when Hauger made contact with the side of the PREMA machine. Piastri’s car was pitched off all four wheel by the contact but somehow returned to Earth with no apparent damage. He made a more decisive pass on the Red Bull driver one lap later to grab 13th.

Peroni’s race simply went downhill from there. The Tasmanian driver become embroiled in a battle with Nannini for 15th, which allowed Schumacher and Belov to make it a four-way dice. Belov attempted a late dive under Peroni, though only succeeded in making contact with Alex’s rear wheel then cannoned into the sidepod of the spinning Campos.

Vesti caught Hughes up front and took the lead of the race. Hughes tried to respond only to fall short, much to the disappointment of the British driver. Pourchaire took 3rd from Zendeli, who faded in the final laps with heavy tyre degradation, while Piastri moved past Verschoor and Doohan for 11th. He came tantalisingly close to the all important 10th only to be pipped by Liam Lawson for the final point scoring place and pole position for the final race of the 2020 season.