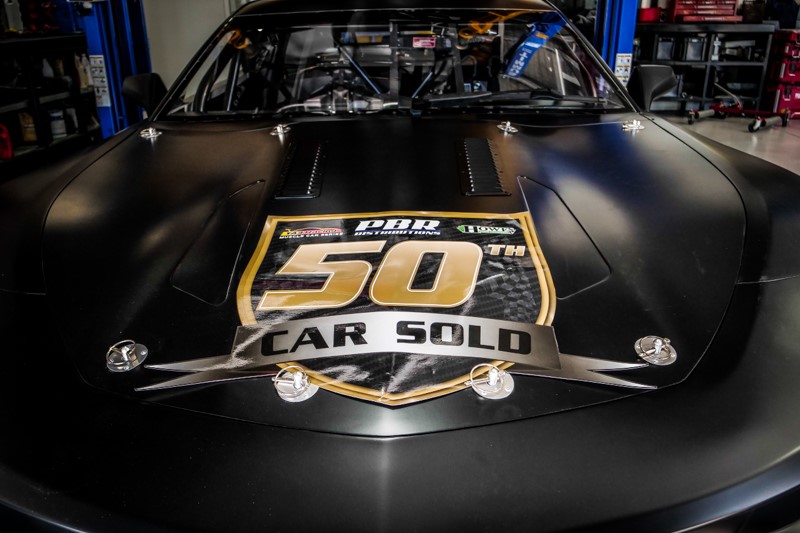 The PROMAXX Performance Exhausts TA2 Muscle Car Series has welcomed the arrival of the 50th TA2 car in Australia.

PBR Distributions, the official vehicle and component supplier for TA2 in Australia confirmed the 50th car in Australia is a Chevrolet Camaro headed for Victorian first-time circuit racer John Holinger.

The first TA2 car landed in Australia in October 2015 when Peter Robinson purchased the initial car from Howe Racing Enterprises in the United States, built to what has become the Australian TA2 PBR specification.

In amongst the 50 cars in Australia includes two cars which have since been sold to New Zealand for the development of the NZV8TA2 Series, using the exact same specification as raced in Australia.

The inaugural series was held in 2017 between Queensland Raceway and Lakeside Park, before the series expanded in to its first national calendar in 2018 including a round at the Muscle Car Masters in Sydney and rounds supporting the AMRS at Winton, Wakefield Park and Sydney Motorsport Park.

TA2 cars have also raced in the Combined Sedans support category at the Bathurst 12 Hour since 2017, which saw dual American TA2 champion Gar Robinson venture down under to demonstrate the Australian TA2 car.

2019 saw further expansion with consistent 25-car grids for the whole season and a record 32-cars lining up for the final round at Queensland Raceway when rising star Aaron Seton won the championship in the Castrol Harris Racing Ford Mustang.

TA2 Muscle Car Series manager Craig Denyer credited the TA2 formula in its low-cost, same-specification platform to the impressive growth of the series in Australia. 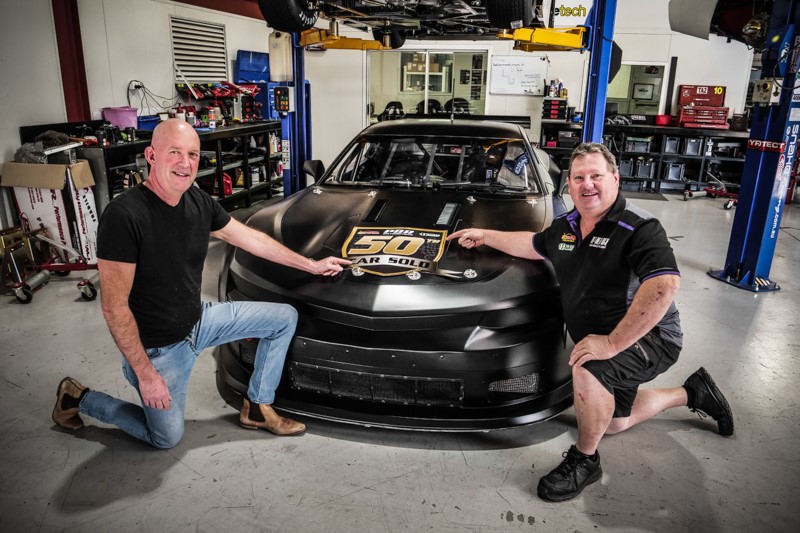 “It’s terrific to witness the handover of the 50th TA2 car in Australia,” said Craig Denyer.

“The TA2 Muscle Car Series has welcomed racers from a variety of backgrounds, from seasoned veterans of the sport like Andrew Miedecke and Russell Wright, rising stars Aaron Seton and Nathan Herne making their names in the sport, but also those brand-new to racing.

“It’s great to see the 50th car go to a first-time circuit racer in John Holinger.

“For a series that grew out of one car at a club-level in Queensland, the growth of these cars in Australia really comes down to the widespread appeal of the formula and the control of the technical regulations to sustain it.

“It really is a back-to-basics approach to providing an appealing racing series, with a modern high-performance racing platform and all the technology and safety that comes with that, combined with a focus on cost control, close competition and entertainment for the fans.

“It has been great to witness and build in the success of the TA2 formula in Australia from the very beginning as the official vehicle and component supplier,” said Dayna Bullock.

“PBR Distributions is proud to support the TA2 Muscle Car Series on race day with our official spare parts and support trailer attending every championship round.

“The philosophy of the series from the very beginning was that it allows racers to use their skill behind the wheel rather than the money spent on their car to stand out on track, but also to race in a friendly-environment that was appealing and achievable for the amateur racer.

“With a new partnership with the BNT V8 Series in New Zealand building quickly and continuing discussions with TA2 organisations globally, the future of the category is very bright.”

“I’ve done a bit of motorcross in the past but nothing like this in circuit racing,” said John Holinger.

“I’ve seen these running around the tracks in Victoria and was immediately interested in them and looked into them after that.

“I’ve certainly not got any expectations but we’ll just take it easy to start with and learn as much as I can.”