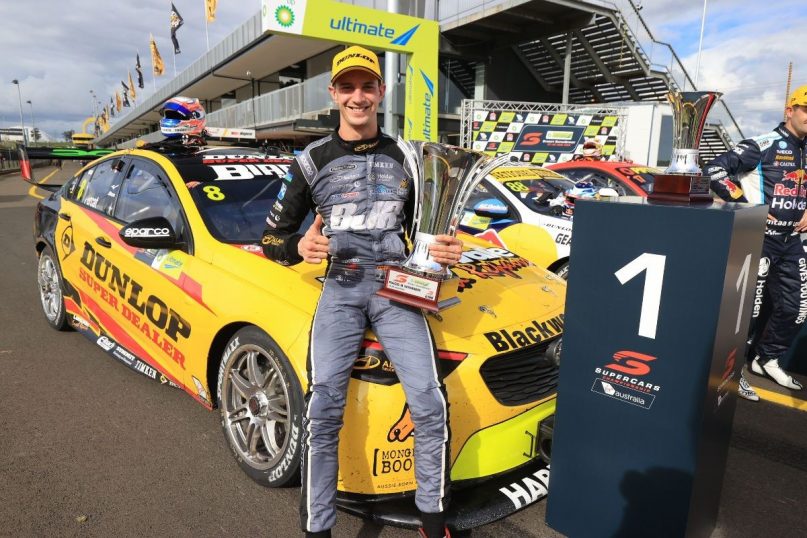 Starting from the third row of the grid in P6, Nick got a great start making up two positions before settling into P4. Nick was immediately on the pace, disposing of Cam Waters before hunting down and passing Scott McLaughlin for 2nd behind Jamie Whincup.
Nick sat right behind the Red Bull Commodore before heading in to the pitlane for 4 fresh tyres. Whincup pitted later and took only 2 tyres allowing him to get out in front of Nick but now the fight was on! With another sensational pass, Nick scythed his way past Whincup, taking the lead and pulling away for an emotional victory in his 200th race. What a race!! 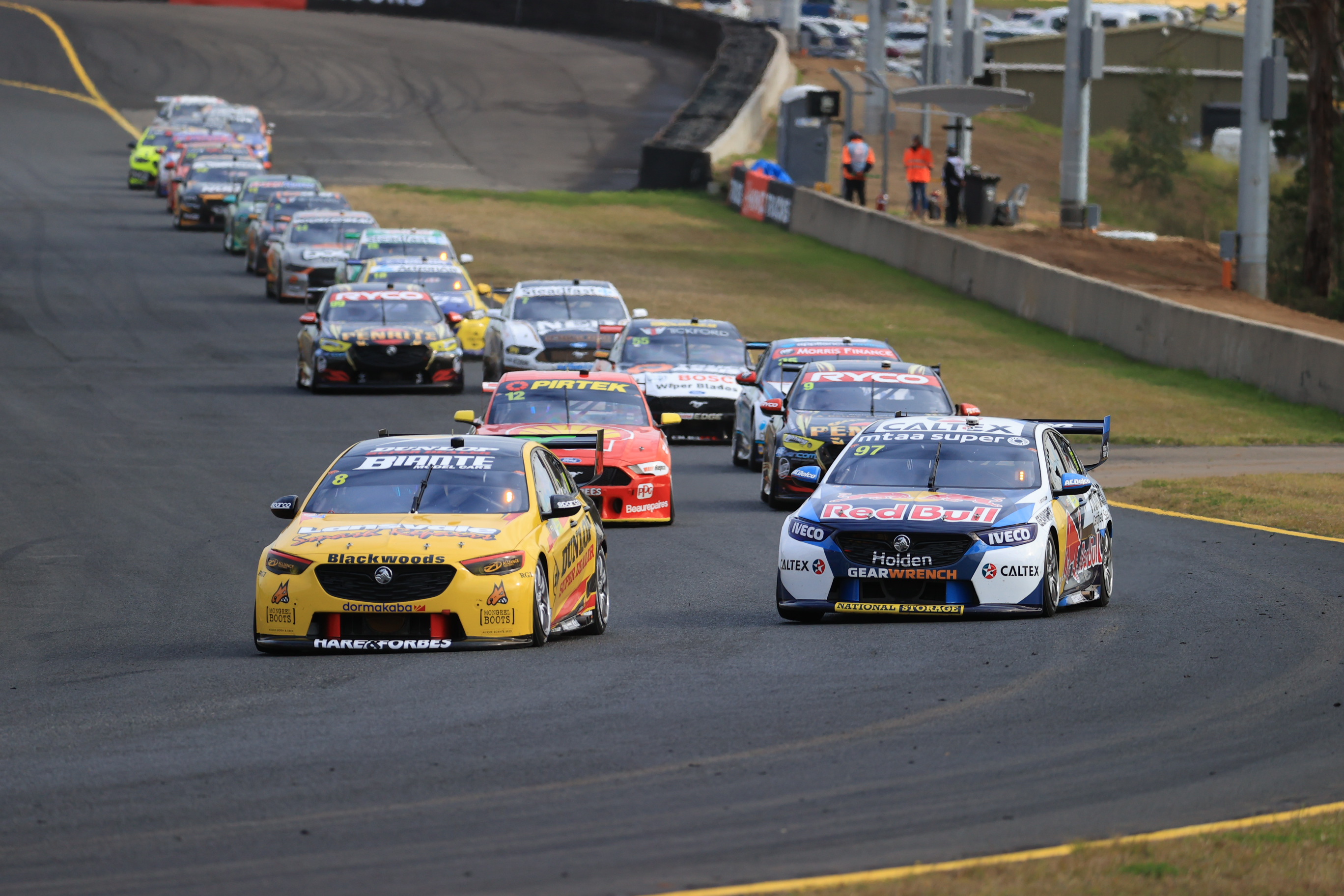 RACE 9 / 33 Laps
TIME: 14:35
CONDITIONS: Overcast, dry
FINISHED: Position 9th
WINNER: Scott McLaughlin
RECAP:
Another strong start for Nick in the Dunlop Super Dealer Racing Supercar, starting from 8th on the grid. Nick was once again straight on the pace, moving forward and carving up the grid, including a sensational pass four wide down the straight! It was exhilarating stuff.
Nick took his compulsory stop on lap 15 and it was another clean stop thanks to the BJR crew, Nick taking on 2 fresh tyres and entered the race right behind his magnet of the weekend – Cam Waters.
Waters was quickly dispatched and Nick sat comfortably in P8. It was a solid final 15 laps of racing with Nick managing tyre wear and crossing the line in P9. A sensational weekend of racing for Nick in the Dunlop Super Dealer Commodore!

THE WORD FROM NICK
“So stoked to get my first win ever with the team and BJR’s first podium since 2016. It’s been a long time coming and I’m just so happy to get this for Brad, Kim, my engineer AE and all the team at BJR. I had a great car all weekend and felt strong and confident to push it to the limit. The team and I have been working very hard throughout the time off so it feels bloody good to finally get this win. Thanks to Dunlop for their continued support! What a first round back!” 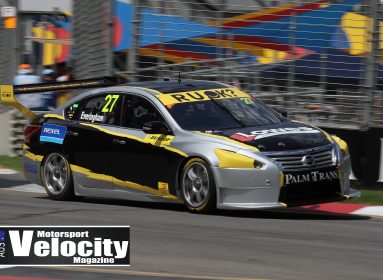 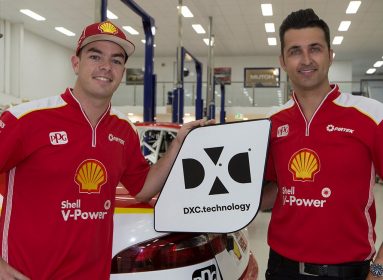 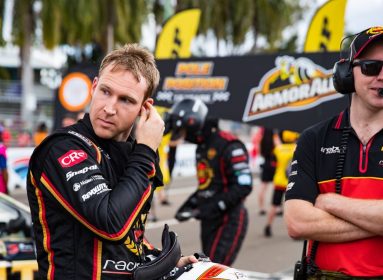 REYNOLDS CONFIDENT OF RETURN TO FORM