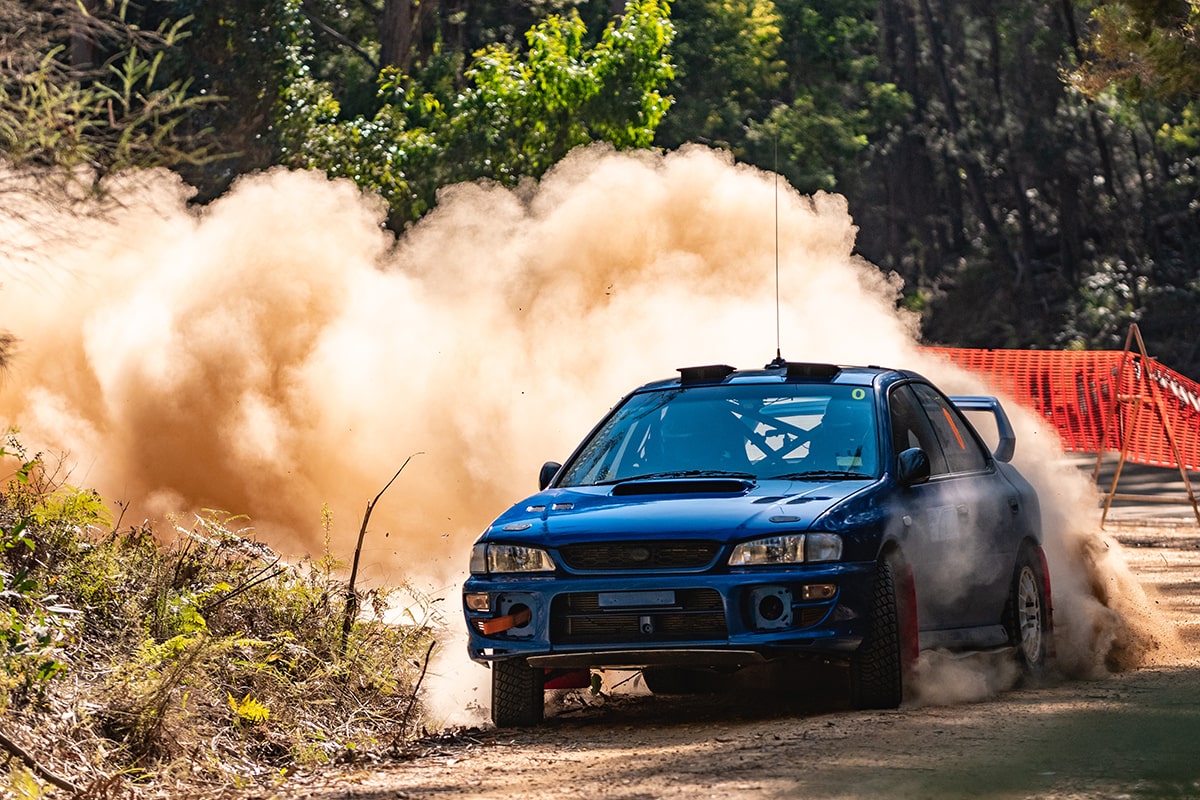 The Jindabyne based Kosciuszko Automotive Rally Team is looking forward to showcasing a new car at the AMH Automotive Group Rally of the Bay.

The Alpine based team of Andrew Penny and Rhys Llewellyn compete at all levels of rallying in Australia and in 2019 they won the ACT Rally Series. They also won the final round of the MTA NSW Rally Championship, an event that the team support through Penny’s business, Kosciuszko Automotive.

In 2018, they also found success at the top level of rallying in Australia, taking out the ARC2 category of the Australian Rally Championship (ARC). For 2020, the team plans on stepping up to do the full ARC.

“We started our rallying adventures 20 years ago” Llewellyn said. “It was in a Daihatsu Charade at the Rally of the Bay in 2000 and we started as car 80, but unfortunately it was a pretty short affair as we broke a drive shaft just 6km into the first stage,” Llewellyn added.

After six years of campaigning a Subaru WRX STi, the car will be set aside for 2020 to make way for a freshly built Colin McRae GC8 tribute car. Debuting the car at the Rally of the Bay will be a fitting start for the car and the team, after 20 years of rallying.

“The Rally of the Bay has definitely been a tough event for us” Penny said.  “there’s been many occasions where we haven’t finished it over the years. But it’s also provided us with the biggest highs when we’ve successfully finished the event”

“When we first stepped up from the Charade to a Subaru WRX, we were involved in quite a nasty accident which resulted in the stage being red flagged and both Rhys and I being transported to hospital. Rhys had to stay the night and it was quite scary,” Penny added.

This wasn’t the end of the Teams bad luck at the Rally of the Bay with a catastrophic engine failure resulting in a fire, six years ago. “Unfortunately, the fire couldn’t be contained and the car burnt to the ground,” Llewellyn said. “And whilst this was devastating for the team, it also showed us how much we love the rally community, with lots of support helping us build a new car,” Lewellyn added.

The team are expecting some fierce competition at the 2020 running of the Rally of the Bay with over 85 teams entered from all over Australia. They will be using this event as a shakedown for the first round of the ARC later in the year, but will also be trying hard to score maximum points in the MTA NSW Rally Championship.

The AMH Automotive Group Rally of the Bay will be held on the 4th of July in the forests surrounding Batemans Bay.

MEDIA RELEASE/Motorsport Australia - Photo: supplied (CH Images ) The Victorian round of the RSEA…