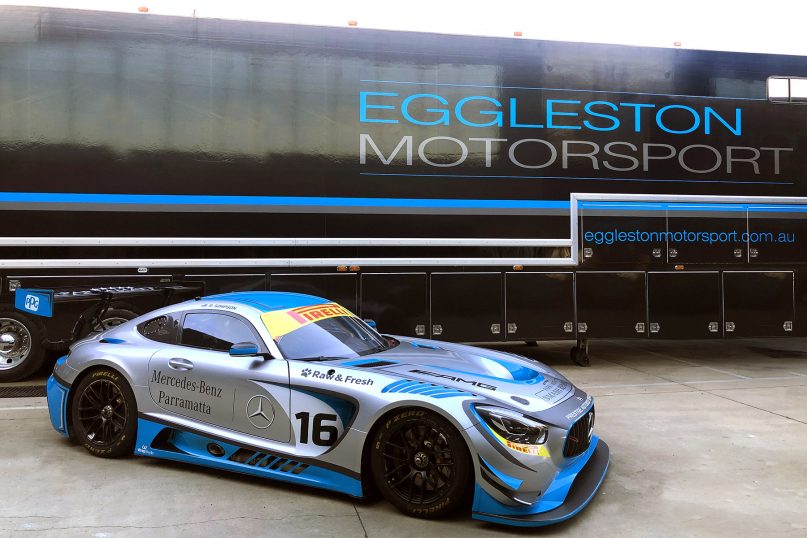 As one of the stars of the 2019 season of Australian GT, the announcement that multiple national title-holder Ryan Simpson will compete with his own car in a return to competition in season 2020 comes as welcome news, the impressive New South Welshman having taken delivery of the ex-Mark Griffith Mercedes-AMG GT3 during the off-season for an all-out assault on the sprint series.

Often the pace-setter amongst the GT3 teams in his support role to 59Racing’s endurance program last year alongside Fraser Ross in the McLaren 720S GT3 (and his GT4 cameo appearance in the 570S at the 2019 Australian Grand Prix), Simpson proved to be the find of the season, but having been the sole driver for the Parramatta Smash Repairs team during prior seasons of Porsche GT3 Cup Challenge and V8 Touring Cars, he was keen to be back at the helm of his own operation.

“Last year was a real eye opener with respect to both the GT4 and GT3 McLarens,” Simpson admitted. “The performance of the car wasn’t such an issue, nor getting used to it, but the way the team operated with support from the factory, and the quality of the competition really stood out, so we were keen to look at how we could campaign our own car at a similar level and what we’d need to do that.”

That led the 32-year old to the successful Eggleston Motorsport team. Past rivals in the V8 Touring Car Series and in Australian GT last year (Eggleston’s running title rival Peter Hackett in the #63 Mercedes-AMG GT3), the Melbourne-based operation will now prepare, transport and engineer the Simpson entry for the season ahead.

“We saw a lot of the Eggleston team last year, and Peter Hackett’s car,” Simpson admitted. “We had some terrific battles with them and it gave me a great perspective to see the car up close. Ben and Rachael [Eggleston] run one of the most professional and successful race teams in the country across a variety of categories, and they have some great people as part of the team, important elements when you’re trying to build a championship.

“Now that we’re clearing the restrictions of Covid-19, the aim is to get a few test days under our belt,” Simpson admitted. “This way we have the chance to shake it down and get our heads around the variations with the cars I’m used to, and ensure that we start the championship in a position to fight for race wins.”

Not one to make a big fuss about his achievements, the quietly spoken Simpson is widely regarded as one of the most versatile drivers in the country, with a resume that would make many a professional driver proud.

Emerging from karts like so many potential future stars, Simpson graduated to Formula Vee and immediately made an impression, 2005 and 2006 delivering victories in the Australian Nationals before progressing as so many other young hopefuls did through Formula Ford, the Sydney-sider making his presence felt, most notably in 2010 when he took the fight to drivers like Chaz Mostert, winning two of the 13 races he contested (22 race season) on his way to fifth in the championship.

The V8 Touring Car Series followed with Simpson campaigning an ex-Craig Lowndes Triple Eight BF Falcon, taking it to the runner-up position in both the 2013 and 2014 seasons, winning the final three rounds of the 2013 season and the first three of the 2014 season before progressing to the one-make Porsche GT3 Cup Challenge in 2015 where the titles continued.

Business commitments then sidelined his racing activities for a couple of seasons, with cameos in a variety of cars including a Mitsubishi Lancer EVO X in which he shared a Bathurst 6 Hour podium with Jim Pollicina in 2017, before joining Pollicina again for an all out assault on the 2018 Australian Production Car Series, the pair campaigning a Lotus Exige 350 Sport to claim the title.

2019 saw Simpson commit to the new 59Racing operation with a first foray into GT4 at the Australian Grand Prix, the versatile Sydney-sider claiming two wins in the team’s all new 570S machine, before stepping into the stunning 720S GT3 alongside the team’s spearhead Fraser Ross for the Australian Endurance Championship. The duo were clear outright contenders from the opening round at Phillip Island, with Simpson often the faster of the pair, something which saw the development of a great inter-team battle, pushing both drivers to find their best.

Some stunning qualifying efforts against drivers the calibre of Shane van Gisbergen, Jamie Whincup and Garth Tander, gave Simpson the platform to show just how quick he is, the experience part of the motivation for a move across to Mercedes-AMG for 2020.

“We looked at a variety of cars through last season as we started planning for this year,” Simpson explained. “It was clear the McLaren, the Audi and the Mercedes-AMG had the runs on the board, but for our business at Parramatta Smash Repairs, the decision was part made due to our relationship with Mercedes-Benz, for whom we are an authorised auto body repairer.

“Having seen a few of them last season – notably the Eggleston car of Peter Hackett – I could see why they were so popular, so in the end, we bought the car Mark Griffith had in the country, which had done relatively little work, and had enjoyed a refresh post-Bathurst last year, and with support from Eggleston’s we’ve given it a birthday and a new lick of paint in preparation for our debut once the season finally gets underway.”

The #16 Mercedes-AMG GT3 will be supported by Mercedes Benz Parramatta, Parramatta Smash Repairs and PPG. 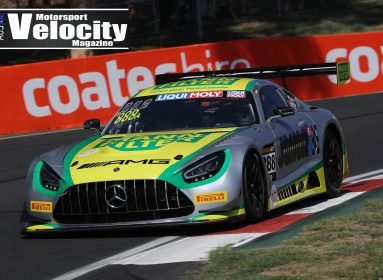 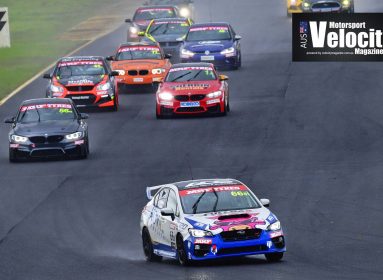 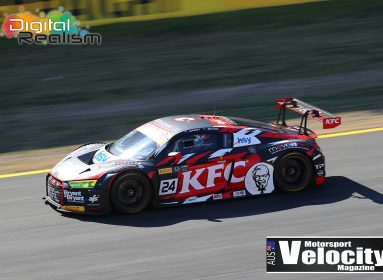