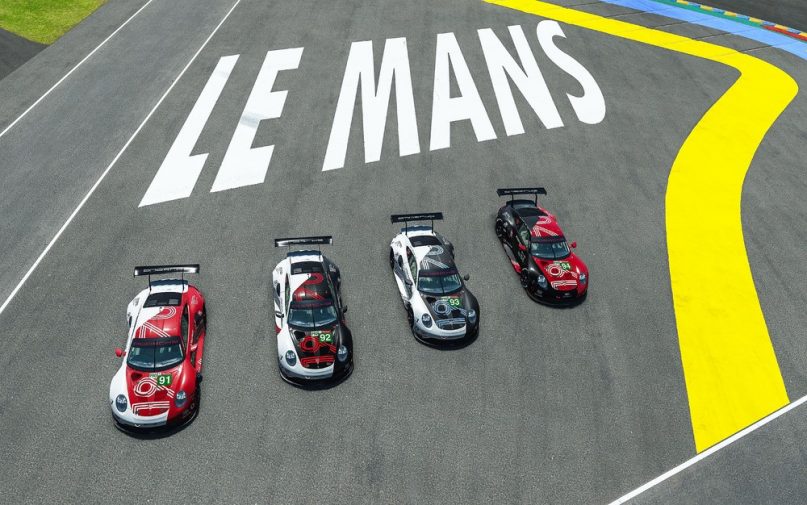 An almost unsettling hush will hang over the “Circuit des 24 Heures” on 13 June: Where the 24-hour race should have started at 3pm on Saturday, there will instead be a gaping void.

No crowds, no screaming engines, no grandstands trem-bling with anticipation. Due to the coronavirus pandemic, the long-distance classic has been postponed until September – 50 years after Hans Herrmann and Richard Attwood claimed the first overall victory for Porsche in the red-and-white 917K at the world’s toughest sports car race.

Regardless, on 13 June, 50 competitors will take up the hunt twice around the clock – at the virtual 24 Hours of Le Mans. With the newly created Esports Team, Porsche fields four digital 2017-spec 911 RSR racers shared between 16 drivers.

The sports car manufacturer takes its commitments seriously and prepares for the challenges as systematically as it would in real-life racing.

“We’re giving the same attention to the virtual Le Mans 24 Hours as we would to any race and, of course, we want to win,” emphasises Pascal Zurlinden, Director Factory Motorsport at Porsche.

“The digital event throws completely new challenges at us, which we want to solve as best we can and also learn from – for the real world, as well.”

The factory squad, which will chase victory in the GTE class, is made up of more than 30 people, including the 16 drivers nominated by Porsche. 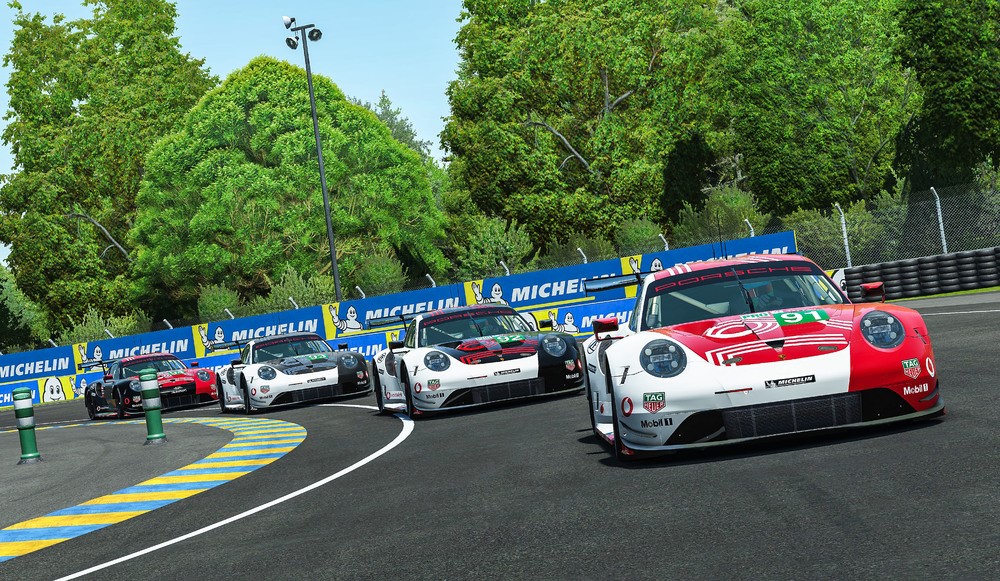 Two works drivers will share a cockpit with two professional sim racers. “Each of our competing cars will be looked after by a racing engineer. The factory drivers and the sim racers sometimes have different preferences, so one of the special challenges will be to find a balance. Moreover, we’ll only achieve a driveable and fast setup if we incorporate the experiences we made with the digital 911 RSR on the rFactor2 racing plat-form,” says Marco Ujhasi, describing the contrasting aims.

There is, in fact, a very detailed calculation model that comes close to reality in many respects yet has its unique characteristics.

For this reason, the “digital set-up work” is of immense significance. “Camber and track adjustments, brake balance and the aerodynamics are part of the simpler parameters we can work with to tweak performance and handling,” says Ujhasi.

“From the spring and damper settings, anti-roll bars and traction control, it goes all the way to the response of the simulator steering wheel and the pedal set. Every driver has individual preferences, which we’ll try to accommodate. At the same time, we have to keep a close eye on what works in the virtual world and what doesn’t.”

For the main players at the wheel, this also means that, like in real racing, after climbing out of the cockpit they have to analyse the data with the engineers – from braking and turn-in points to braking pressures and virtual throttle valve positions to the optimal timing of gearshifts.

Sim racing platforms like rFactor2 have a big ad-vantage over real-life racing: the adjustments can be done for a wide variety of track conditions literally at the push of a button – from wet to damp to completely dry sur-faces, warm and cold asphalt or scorching midday heat to bitterly cold night-time temperatures.

“In this way, we can simulate almost any scenario and prepare for it,” explains Marco Ujhasi. “We’re working very intensively on this because we fully ex-pect to be confronted with changeable weather conditions.”

The virtual racing event has already offered plenty of track time for testing on the 13.626-kilometre combination of permanent racetrack and temporarily closed country roads around Le Mans – with one three-hour and one six-hour test race. Each driver must take part in at least one of these sessions and turn a minimum of ten laps to be permitted to start.

“In doing this, the organiser wants to ensure that each of the drivers knows the track procedures and that their racing ability is up to the task,” laughs Ujhasi. “Actually, this is the digital counterpart to the simulator test that every driver, even Formula 1 aces, must go through before they contest their first real-life Le Mans race.”

The Porsche Esports Team has made intensive use of these test races to gain experience and gather data. Another twelve-hour test is scheduled for today (Wednesday, 10 June) and tomorrow, with an additional seven-hour session on Friday, fol-lowed by the 15-minute qualifying that evening.

“Like with the real event, vehicles of different speeds tackle the 24-hour race: LMP2 prototypes mix and mingle with GTE sports cars like the Porsche 911 RSR,” states Marco Ujhasi. “So, just like in real rac-ing, tactically clever behaviour while lapping and overtaking other cars plays a major role here. We place great value on all of these things during our preparation. At the same time, we’re also trying to improve the performance. We don’t want to leave any-thing to chance.”

This also applies to the racing strategy. To support the four crew chiefs responsible for the individual cars, Porsche is also establishing a so-called “Battle Room” – a command centre in which all information comes together.

From here, competitors are watched closely and, in the event of sudden incidences such as caution phas-es, all relevant decisions are made in order to ensure success. However, the only difference is that this “Battle Room” is not in some hidden corner of Le Mans, but rather in different locations.

“Our drivers aren’t sitting in one central place, they race together from different continents,” explains Ujhasi.

“The advantage of this is that we can also race through the night with personnel who are in their own time zones and can work in familiar surroundings.”

In addition to fuel consumption and tyre wear, the team tacticians must keep a close eye on the strict regulations. These apply to both the digital 24-hour race and the real one. Take driving stints as an example: Over the 24 hours, each of the four drivers per car must have had at least four hours at the wheel but not more than seven hours or more than three within a five-hour period.

Failure to stay within the track limits will be penalised as consequently as collisions caused by hot-headed actions. Even minor brushes between cars can have major impacts on performance.

The damage can be repaired in the pits, but this costs precious time. Even safety car and code 60 phases or the red-flagging of the race are anchored in the regulations and may be applied. At the 24-hour race, driver changeovers are only permitted during a pit stop. 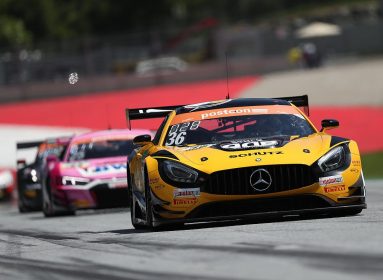 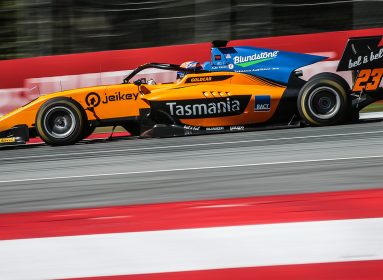 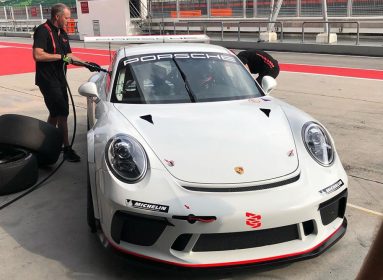