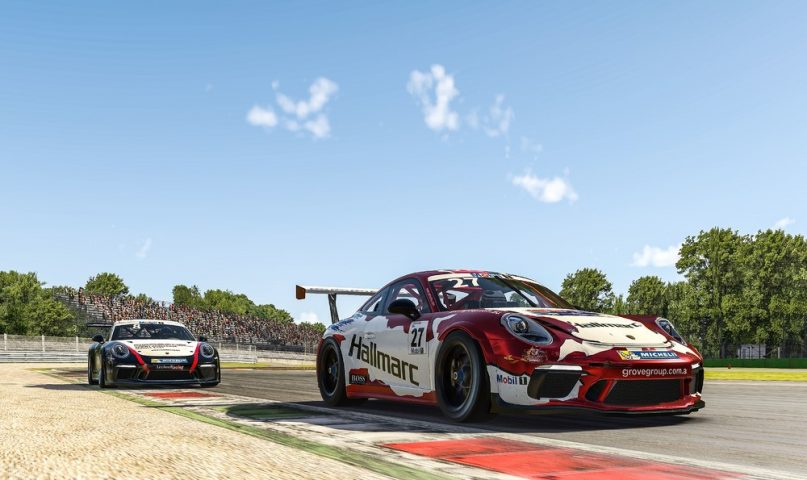 The final round of the Porsche Mobil 1 Supercup Virtual Edition, saw Team Australia’s Marc Cini earn the decisive points from race eight and claim overall victory in the Pro-Am class. The final doubleheader round on the Autodromo Nazionale Monza, would also witness Larry ten Voorde (Team GP Elite) win both Pro class races in his 485 hp Porsche 911 GT3 Cup and be crowned the overall champion.

The Dutchman snatched the trophy from his toughest rivals Porsche Junior Ayhancan Güven (TR/Martinet by Alméras) and Dylan Pereira (L/BWT Lechner Racing). The winners of the other classifications were also decided in the digital series of the Porsche Mobil 1 Supercup. Leon Köhler (D/Lechner Racing Middle East) achieved first place in the rookie category, with the GP Elite squad from the Netherlands celebrated first place in the team classification.

In the two 25-minute races, the 29-strong field made good use of slipstreaming to overtake, especially on the long straights on the virtual Monza circuit, treating fans to some action-packed racing. After the start of race seven, polesitter Güven immediately ducked to the inside and fended off ten Voorde. In lap four, the GP Elite driver inherited the lead when Güven slid from the track and fell back to position four. The final lap turned turbulent: In the Seconda Variante turn, Güven took the kerb hard and lost two places.

Ten Voorde went on the take the flag in first place followed by Pereira and the rookie Köhler. Trailing the trio, the two Porsche Juniors Güven and Jaxon Evans (NZ/Momo Megatron Lechner Racing) concluded their first race of the day in positions four and five. Roar Lindland (N/Pierre Martinet by Alméras) won the ProAm class.

In the final race of the Porsche Mobil 1 Supercup Virtual Edition, ten Voorde achieved a convincing lights-to-flag victory, which handed him the title. “I did a lot of preparation work with my team for these two races. Ayhancan Güven and I put on a great show for the fans. I managed to control the race well and I’m delighted with the title,” said ten Voorde.

In hot pursuit, Pereira left the racetrack and fell back to fifth place. Evans, Köhler and Güven then formed the trio chasing ten Voorde. The decisive move for second place came in lap six: Güven made the most of the heated battle in front of him to sweep past Köhler and then his junior teammate Evans. The order at the flag was Güven ahead of Köhler and Evans. Pereira rounded off the top five.

“That was an action-packed debut season for the virtual Supercup. Unfortunately, I only finished second, but it was a terrific experience. I hope we can soon compete against each other on real racetracks,” said Güven. Thanks to his two podium results today, Leon Köhler won the rookie classification. “I’ve improved from race to race over the season. Third place twice and the rookie title are great results. Jaxon Evans was determined to get past me in race two, but I managed to fend him off,” concluded Köhler. 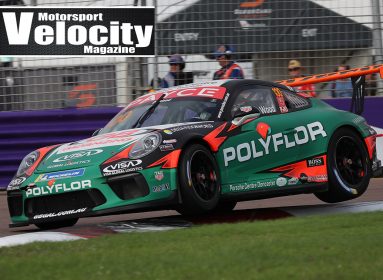 WOOD AND LOVE TO RESUME CARRERA CUP BATTLE AT BATHURST 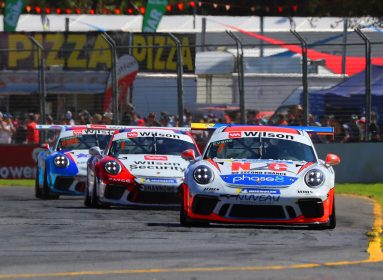 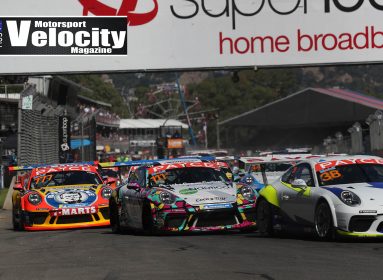 HILL IN TOP THREE FOR FIRST PORSCHE RACE OF 2020