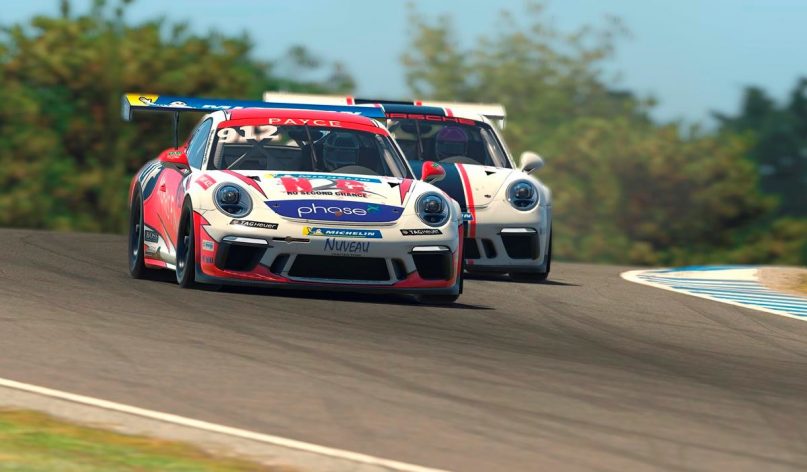 The opening round of the Porsche PAYCE and MICHELIN Virtual Cup Australia was held at the Phillip Island Circuit. While the track was familiar to most of the field, it was the first time many of the 44-strong field had driven on the iRacing platform.

Qualifying saw Cooper Murray take pole position ahead of Callum Hedge and reigning Porsche Michelin Sprint Challenge Champion Harri Jones. Porsche Mobil 1 Supercup regulars, Jaxon Evans and Joey Mawson were baulked by traffic on their flying laps and the pair started alongside one another in sixth and seventh positions respectively.

Murray led the Race 1 field off the line but was collected by Hedge when the youngster out braked himself on the cold Michelin tyres into the hairpin at turn 4, dropping the Porsche PAYCE Carrera Cup Championship leader to tenth. The carnage handed Christian Pancione the race lead, but he too was soon locked in a hard-fought battle with Jones.

A race-long tussle ensued until the penultimate lap, when Pancione was unlucky to be pushed wide while lapping Duvashen Padayachee, handing Jones the race one victory.

Pancione limped over the line in second ahead of Matthew Payne and Cooper Murray – who had set the fastest pace throughout the race to recover from tenth to fourth position.

Porsche Junior, Jaxon Evans was fifth followed by Porsche Asia Pacific teammates Will Bamber and Reid Harker, while Rob Woods would emerge unscathed from the carnage to win the Pro-Am class.

A mixed grid for the second race saw Murray head Jones, Dean Cook, Evans and Alex Davison off the line and through the infamous Doohan corner. Pancione and Jones would soon run wide under braking for the Honda hairpin, handing the early advantage to Murray, Evans and Hedge.

The battle between Evans and Hedge for second was intense, but sadly short-lived, as Hedge punted Evans wide a lap later, dropping the former Carrera Cup champion back to fifth.

After being taken out in Race 1 Brett Boulton had scythed through the race 2 field, even passing Cameron Hill around the outside of Turn 1 in a massive move. Boulton would then overtake Cook and go onto claim the Pro-Am class victory. 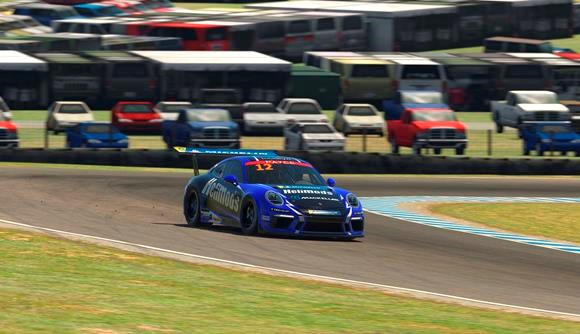 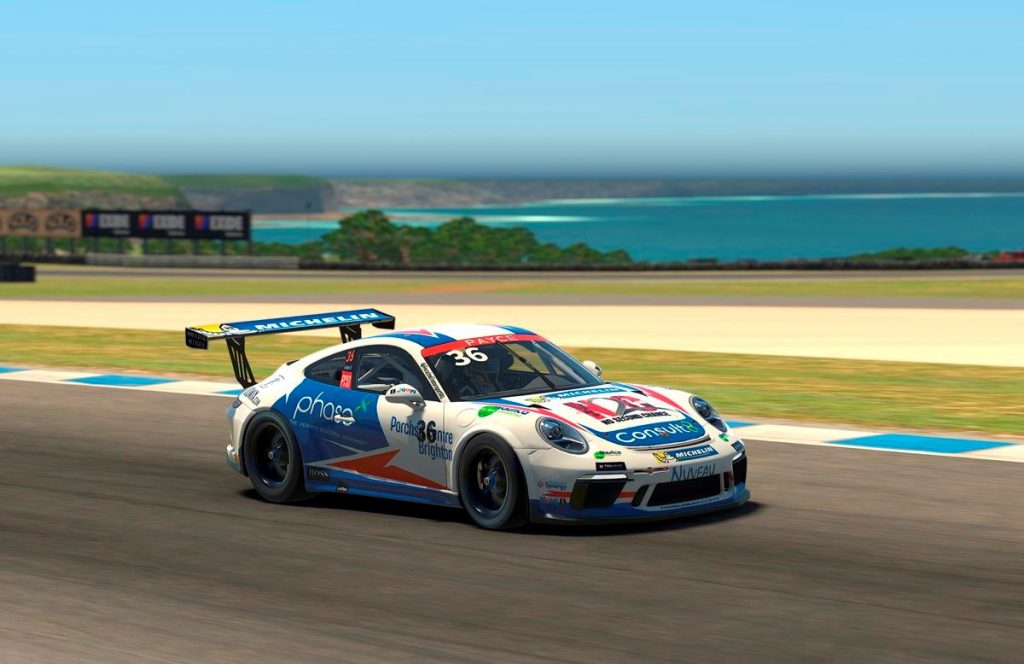 While Murray, Jones and Hedge went on to fill the Race 2 podium spots, Aaron Love and Jaxon Evans were locked in a race-long scrap to the flag to round out the top five positions.

By the third and final race, most of the competitors had become more acclimatised to the virtual conditions and great on-track battles followed throughout the field. The early laps again saw plenty passing and action. First from McElrea Racing teammates Brett Boulton and Harri Jones on Lap 3 and later between Cooper Murray and Joey Mawson.

Evans eventually muscled Murray off the road at the Honda hairpin leaving Callum Hedge to lead from Harri Jones and Brett Boulton.

The front battle would then climax on Lap 9 when Jones got a slipstream onto Gardener straight behind Hedge. The Michelin Junior would challenge for the lead on the outside into turn one but the inevitable contact between the pair, saw Jones shouldered off.

Hedge would continue onto the flag ahead of Jaxon Evans, Matthew Payne, Aaron Love and Cooper Murray, with Brett Boulton taking another Pro-Am class win in sixth overall.

After the first three races Harri Jones, leads the Mobil Pro class Championship from Cooper Murray and Jaxon Evans, while Dean Cook leads the Pro-Am battle ahead of Brett Boulton and Rob Woods.

All three races will be shown on the CarreraCupAus Youtube channel at 20:00 (Melbourne time) on Friday evening with commentary from Carrera Cup series commentator, Richard Craill.

The second round of the Porsche PAYCE and Virtual Cup will take place on the 18 May, where competitors will contest two races at the Barcelona Circuit before heading across to Daytona in the USA for the series’ first night race. 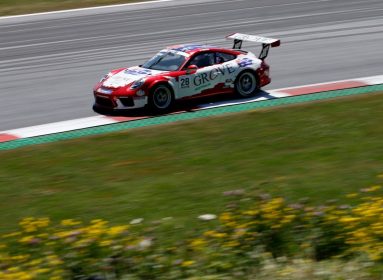 MOMENTUM IS THE KEY FOR PORSCHE SUPERCUP AT SILVERSTONE 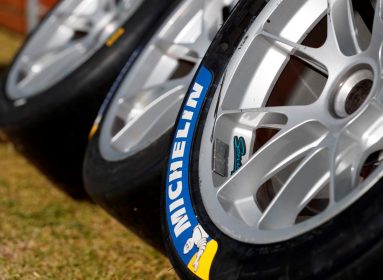 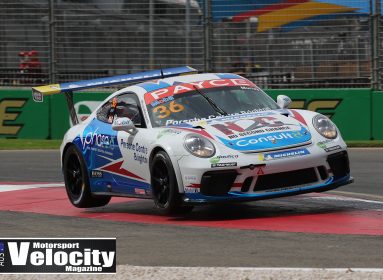