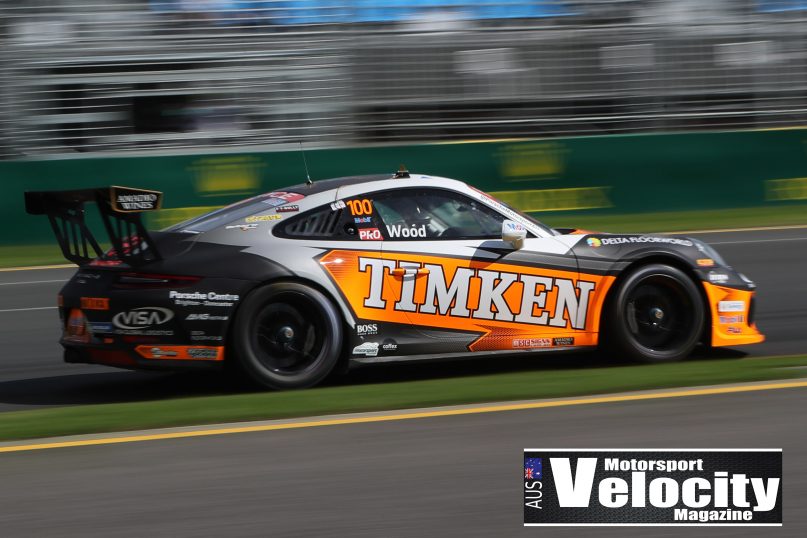 The cancellation of the Australian Grand Prix has brought a premature end to the strong speed shown by the four Team Sonic entries in Round 2 of the Porsche PAYCE Carrera Cup Australia.

Due to the ongoing concerns with the coronavirus pandemic, the Australian Grand Prix Corporation elected to end the event after just one day of track activity.

For Team Sonic and Carrera Cup Australia, it meant that just one practice session, qualifying and a 40 minute endurance race were held.

Experienced team leader Dale Wood proved too good for the field in qualifying, scoring pole position and looked set to be pace-setter in his Timken-sponsored Porsche. A deflating tyre on the warm-up lap, however, caused Wood to pit and put him at the back of the field.

Safety Car interventions allowed Wood to get onto the back of the pack, eventually passing 13 cars to finish a credible eighth.

West Australian Aaron Love was the best of the Sonic finishers, claiming fifth place after a fraught race. Love qualified seventh but ran as high as fourth in the opening stages. A number of minor mistakes saw him drop down to sixth, eventually crossing the line fifth to maintain his strong championship position.

Max Vidau qualified ninth and finished ninth, which would suggest a straight forward race, but that could not be further from the truth. The Bob Jane T-Marts driver ran as high as fifth in the opening laps until awkward contact with his team-mate Michael Almond dropped them both down the order.

Vidau fell to 13th place, storming back to be as high as eighth before being passed by team-mate Wood on the final lap.

Almond qualified sixth, only to make a slow start and drop a number of positions. The collision with Vidau bent his steering, and while he tried to drive around the issue, his speed was ultimately compromised. The South Aussie spun with only a handful of laps remaining, seeing him cross the line in 12th place.

The next round of the Porsche PAYCE Carrera Cup Australia will be held at the Townsville street track on June 26-28. 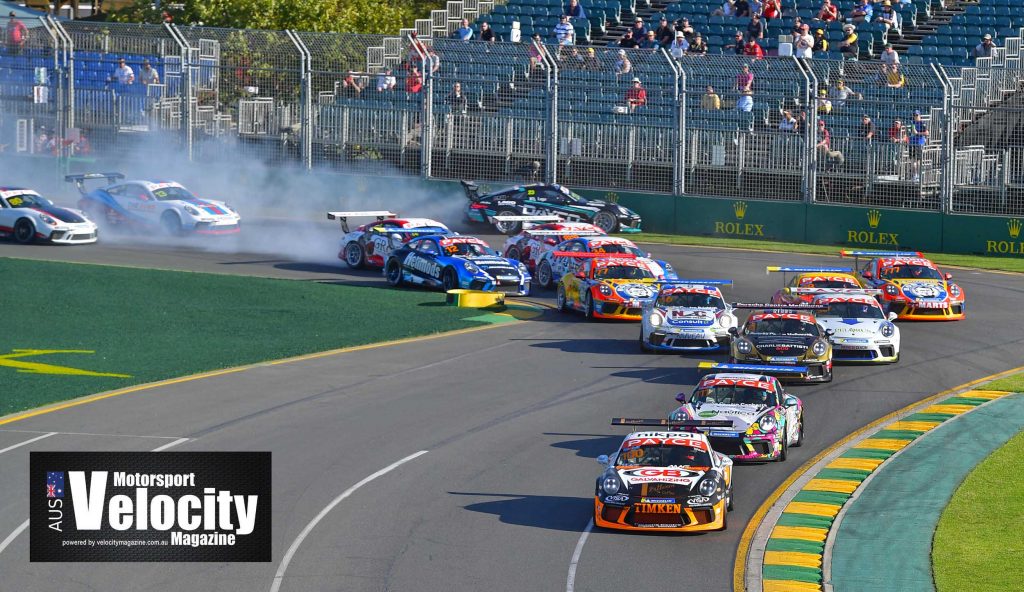 “Finishing fifth was good, but at the same time, if I didn’t have the mistakes, it could have been better,” said Love.

“We had a positive race, and we made enough positive steps to finish even higher, but I was simply making too many mistakes. I was racing too defensively when I should have been being a bit more aggressive.

“These are the lessons that you learn and the result is what it is, so we can keep on building for the next race.”

“It wasn’t the weekend it could have been,” said Wood.

“Qualifying was really good, but obviously, the race did not go to plan.

“I had a deflating front left tyre on the out lap. As soon as the red light went off, it was clear that it was going down hill. I tried to preserve through it, but by the half way point of the first lap, it was clear it was over.

“After the tyre change, the Safety Car got me back of the field and it was a fun comeback drive. The car had good pace, and to get back to eighth, we made the best of a pretty crappy situation.

“Having the event cancelled is such a shame. Nobody wins when something like this happens. We put so much work into this sport – sponsors, car preparation – the flow on effect is massive. We don’t put all this work in to go home. It’s a strange environment at the moment.”

“There was a lot going on. I was honestly trying to stay out of trouble, but it didn’t seem to matter what I did, I was getting caught up in things.

“Once we dropped back, I got back through to the back off the Pros, and there were cars going everywhere. To be honest, I was just trying to get to the finish.”

“It’s really unfortunate that we didn’t get to go racing anymore due to the coronavirus. We’ve never seen anything like this, and hopefully we never see it again.”

“I qualified sixth, but I feel it should have been as good as fourth. I reckon I had more in me, but didn’t hit the mark,” said Almond.

“I didn’t make a good start, but I hung with them. The boys in front were racing pretty hard, but on one of my passing moves, I hit another car, bent my steering and the car was bucking and dancing around.

“I raced my way back from 10th to sixth, but the car was still misbehaving. I had a spin on the second last lap and that dropped me down.

“It was bit of a yo-yo race for me, but there was some pretty hard racing at the start, so I was just trying to stay out of trouble. In the end, I just got caught out with the car the way it was handling.” 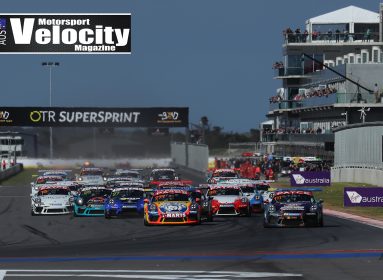 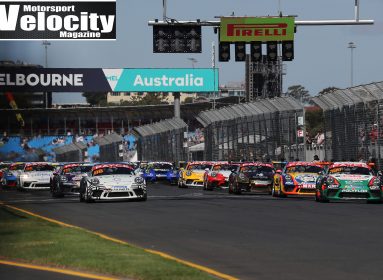 BACK-TO-BACK WINS FOR WOOD AND TALBOT IN PORSCHE 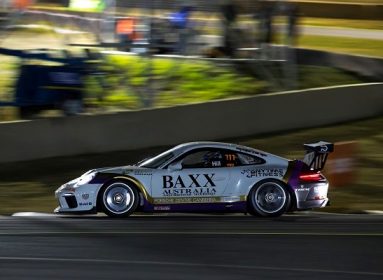