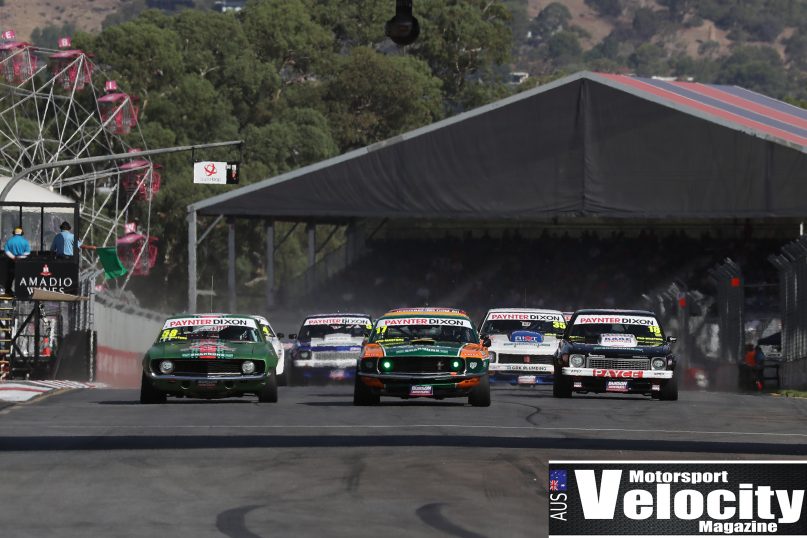 THE GULF Western Oil Touring Car Masters series will celebrate the series milestone 100th round as a new era begins at the Superloop Adelaide 500 next week.

Launched at the same event in 2007, the series has evolved to become a fan-favourite thanks to star drivers, loud and exciting cars and close racing across each of its past 13 seasons of competition.

The first of seven scheduled rounds this year, the Adelaide event has become the staple season-opener for the TCM field with the series having raced there on twelve previous occasions.

The round 1 grid features remarkable depth of competition, between a broad array of both drivers and cars.

The debut of the VB Holden Commodore will be one of the series’ biggest stories this year, two entered for the Adelaide 500.

While Bowe will be back aboard his familiar Holden Torana, Johnson will switch from his iconic Mustang to a brand-new XD Falcon which will race for the first-time next week with only a brief Lakeside shakedown under its Hoosier tyres.

There’s also the chance of a double century celebration on the streets of Adelaide as the series’ most successful driver, Bowe, chases his 100th TCM race victory.

Bowe, who has contested 87 rounds and made 266 race starts in the series to date, won the final two races of the 2019 season to leave him on 99 ‘not out’ heading into the off-season.

Bowe’s chances in South Australia are better than average, too – he’s won more rounds (5) and more races (10) than any other TCM driver on the famous street circuit.

Third in the championship last year, Ryal Harris returns aboard the EFS 4×4 Accessories Chevrolet Camaro SS for a second full-season tilt at the TCM title – the Queenslander one of the star performers last year.

Adelaide-based Whiteline Racing are back with their two-car Camaro attack, Adam Bressington aboard the ’69 Camaro and young Tasmanian ace Adam Garwood in the 1970 example.

Garwood contested three rounds for Whiteline last year, scoring six top-three race finishes and finishing on the overall round podium at Winton, while Bressington was fourth in the championship.

Having won the ProSports and ProAm titles in consecutive years, Sydneysider Jim Pollicina will aim for an outright championship this year aboard his MoComm communications Torana, while Ryan Hansford will also return to Multispares Racing and his similar four-door Holden.

Having made an impactful debut last year, the Allan Moffat-inspired 1969 Mustang driven by Cameron Mason returns, while a year’s development on both the XD Falcon of Marcus Zukanovic and Jeremy Gray’s Ford Capri Perana should see each competitive this season. Jesus Racing’s Andrew Fisher will also rebound on the streets of Adelaide following a challenging 2019 season aboard his XY GTHO Falcon.

In a race against time to rebuild his car after a monster late-season accident last year, Cameron Tilley has entered his wildly popular Valliant Pacer for Adelaide.

Steven Johnson won all three championship races and the round in Adelaide last year, with Adam Bressington second overall in his Whiteline Racing Camaro.

The field will tackle practice and qualifying on the Thursday of this year’s Superloop Adelaide 500, the Trophy Race and the first championship race of the season to fill Friday’s program.

One race each on Saturday and Sunday will conclude the opening round – qualifying and all four races to be shown live on FOX Sports 506 and Kayo Sports this weekend, with selected races also on Channel 10. 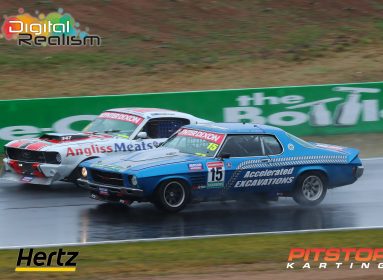 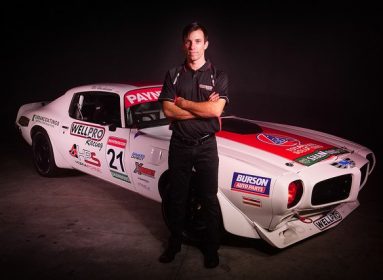 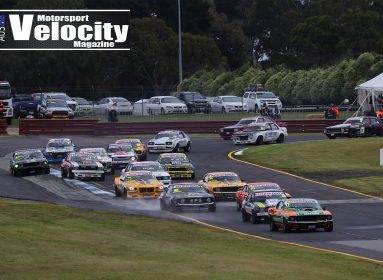