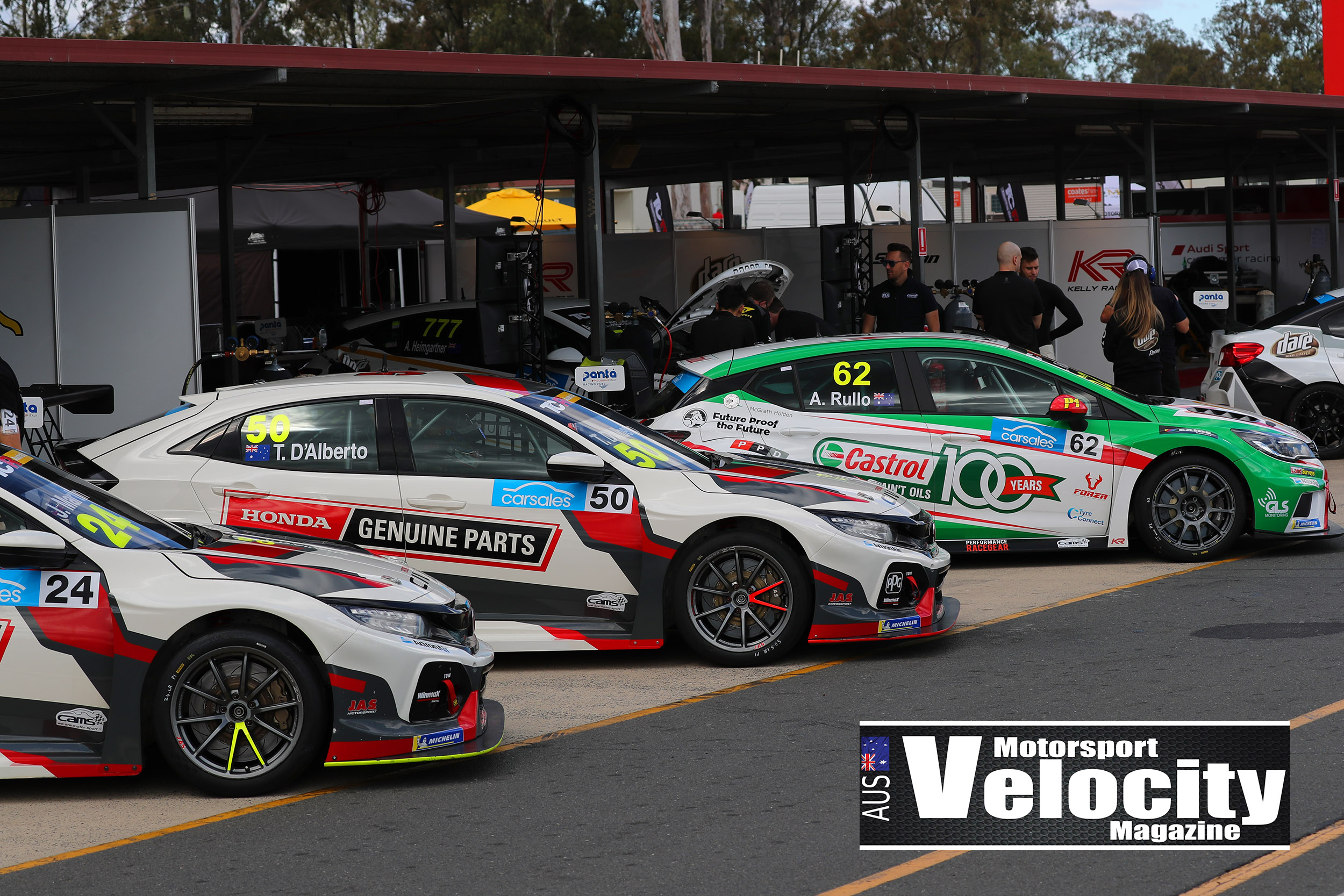 Honda Australia and Tony D’Alberto have recommitted to the TCR Australia Series for 2020, following a successful partnership last year that yielded a number of strong results.

D’Alberto took his Wall Racing Honda Civic Type R to second place in the inaugural TCR Australia Series, and with a renewed commitment from Honda Australia, the combination is aiming to go one better this year.

The 34-year-old scored the very first TCR pole position at Sydney Motorsport Park and was a title contender throughout the year, claiming four podiums on his way to second overall in the series behind Will Brown.

D’Alberto will continue in the rapidly growing TCR category as part of a multi-car Wall Racing effort, along with technical support from J.A.S. Motorsport, an official racing partner of Honda globally.

The current Civic Type R is one of Honda’s most successful and critically acclaimed models, in both race car and road car form.

On the global racing stage, it was recently named 2019 TCR Model of the Year courtesy of the results achieved by all the TCR-certified Civic Type R race cars in all TCR-sanctioned competitions around the world.

In Australia it is the undisputed performance car king, making history as the only vehicle to win both of MOTOR magazine’s car of the year awards – Performance Car of the Year and Bang For Your Bucks – in the same year, setting a new benchmark by which all future performance cars will be measured.

Honda Australia was one of the most active partners of the inaugural TCR Australia Series, using D’Alberto’s Civic Type R TCR car in a number of media and marketing initiatives during the year, including its golden anniversary celebrations to mark 50 years since the company was established locally.

D’Alberto will start his claim for the 2020 title with the opening round of the carsales TCR Australia Series at Sydney Motorsport Park on March 27-29.

The race livery of D’Alberto’s 2020 Honda Civic Type R will be revealed closer to the TCR Australia test and series launch day at Winton Raceway on February 26.

“Tony and the team at Wall Racing really showcased what a great performance car we have in the Civic Type R during the first year of the TCR Australia Series,” said Honda Australia Director, Stephen Collins.

“They started the year in the best possible way, scoring the first pole position for the new racing category and bookended the season with an epic come-from-behind drive to clinch second place in the championship.

“Throughout the year they provided our staff, dealers, customers and fans with a fantastic opportunity to be part of Honda’s extensive motorsports history, via a market relevant touring car category that connects so strongly to our Civic Type R high-performance road car.

“The latest Civic Type R has been an amazing success story for Honda since it was launched in 2017, both on the road and on the racetrack. We’re looking forward to being on board again with Tony and the Wall Racing team for a second season of the TCR Australia Series, especially when they head up to Bathurst for the first time in April.

“The Civic Type R set a benchmark lap time for a front-wheel drive production car around the Mount Panorama circuit at Bathurst last year, so it will be great to see how the performance of the Civic Type R TCR car compares when it takes to the iconic track over Easter weekend.

“Tony has plenty of experience around Bathurst in Supercars and GT Endurance racing, and he was part of our support team during the historic Australian Type R Challenge activity, so the entire team at Honda Australia is really excited see the Civic Type R take on the famous mountain track once again.

“We wish Tony and the Wall Racing team all the best for another successful season of racing in TCR.”

“I’m excited to be back with Honda and Wall Racing, and we are all aiming to go one better in 2020,” said Tony D’Alberto.

“We had a really good year last year. It was one of the most enjoyable seasons I’ve ever had as a race car driver. The atmosphere in the TCR paddock is great and the competition was really strong.

“It’s fantastic to have Honda’s continued support and involvement with my Civic Type R, Wall Racing and the TCR category as a whole. It was an honour to be a part of their 50th year in Australia in 2019 and to help them celebrate such a significant milestone with their customers, dealers and staff.

“There’s no doubt that the level of competition in TCR is going to step up considerably in the second year. Some of the drivers and cars that have been announced already suggests it is going to be a super competitive series, but that’s what motivates us, so we’re up for the challenge.”