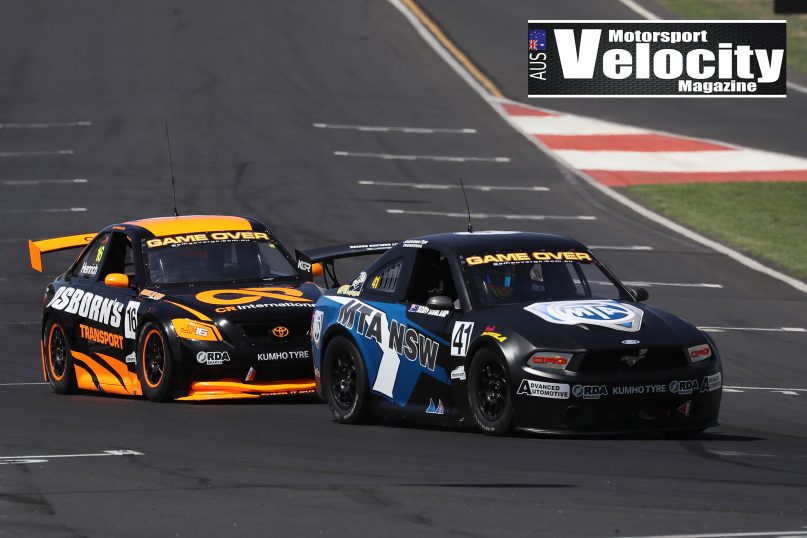 In what looked a very promising weekend for Kody Garland Racing in the Motor Traders’ New South Wales Mustang for the first round of the Aussie Racing Cars, didn’t end as well as hoped after a coming together on the last lap of the last race in the last corner whilst in second spot!

Kody would finished the final race in 17th and the round in 9th, for the other three races he was fifth in the third race, and sixth in races 1 and 2.

KODY GARLAND RACING was denied a potential top five overall at the opening round of the Aussie Racing Cars Championship Series with contact at the final corner on the last lap of race three at Mt Panorama.

The MTA NSW Mustang driver was on for third in the last of four races when turned around at Murrays Corner. He recovered to be 17th across the line, and ninth for the meeting.

Until the late afternoon race Garland was on-track for a great result in his first-ever visit to the legendary mountain circuit.

“We did a track walk we arrived and the perception on television is far different. Then we went around in a road car and that is different again from walking it.

“And having a new car for the whole season is great too. It is a more consistent car and responds to changes far better.”

Race four was just a one-lap sprint after the safety car was called on the first lap. Garland had a brief sampling of second after the restart and survived a hit from a rival over Skyline which pushed him off onto the hard escape area.

Race three was the traditional reverse top ten start of the finishing positions from race two. Garland started fifth and was among the front runners before finishing fifth, clear of those behind.

“The day started off we’ll finishing fifth in Race 3, we made some changes to the car and they paid off. Race 4 was looking to be a good result, I was running in 4th place for majority of the race before the safety car came out, on the restart we were left with a 1 lap dash, I got into 2nd place until the last corner where a “racing incident” occurred resulting in a 17th place finish.”

“I was absolutely gutted to say the least after all the effort that myself and all of my team have put in to make this happen. Next round is Tassie in a couple of months, I’ll be back even better.”

In his first ever race meeting at the Mount Panorama circuit Kody Garland had a positive start to the weekend in the Motor Traders’ Association of New South Wales Mustang. This round is condensed into just a two day event, so today Friday saw practice and qualifying in one session.

“We had a pretty good day today, first time around the track was qualifying and I ended up P6 which we were happy with” said Kody.

The on track sessions today saw the red flag during qualifying and race one with two safety car periods, the second race ran full distance..

“I struggled all day with straight line speed which is not ideal at this track so that hurt us a bit, but we managed to finish both races today in 6th.”

Saturday sees the pocket rockets with two races remaining, the first mid morning with the top 10 reversed, so Kody will start in fourth from the second row on the grid, the final race is in the late afternoon.

“We are trying a few things for tomorrow in our setup, so hopefully they pay off!”

We have arrived at Mount Panorama for the 2020 liqui-moly bathurst 12 hour. Walked the track this morning and it looks absolutely incredible. We have some new sponsors on board this season such as Image Smash Repairs who have done an amazing job on the paint work of the car, CRG Australia who have supported me through the success in my Karting career, PRD Race Engines also Griffith Corporation. It’s awesome to have these people on board because it doesn’t happen with out them. I would also like to thank my continuing sponsors Motor Traders’ Association of New South Wales RedPoint Shell Rimula and Shearwater Marine Engineering. Qualifying is at 7:20am tomorrow morning, stay tuned! 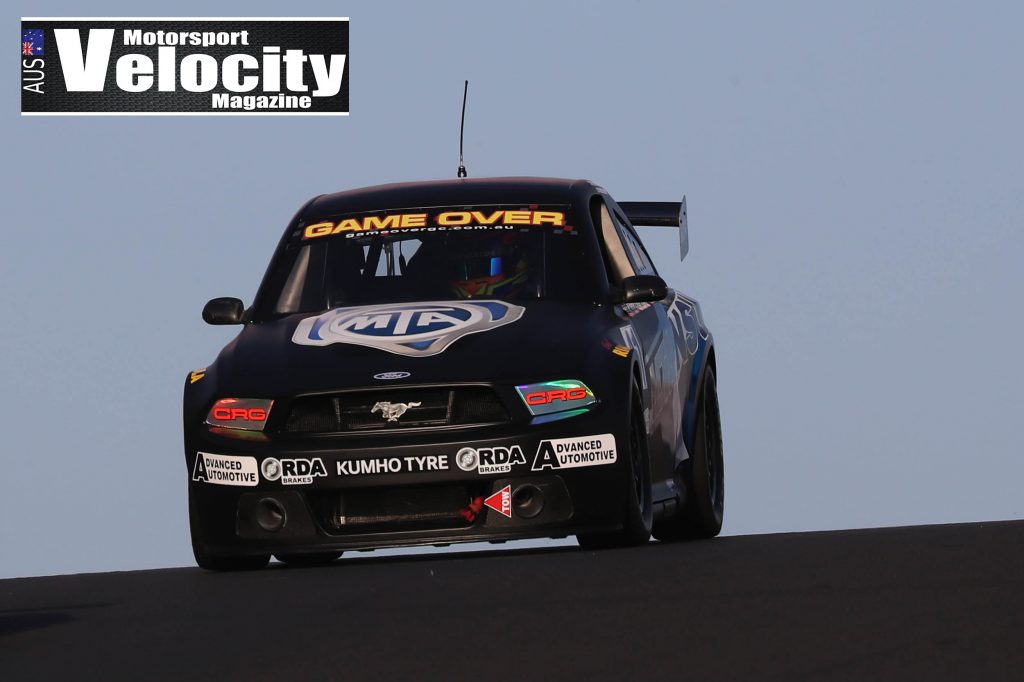 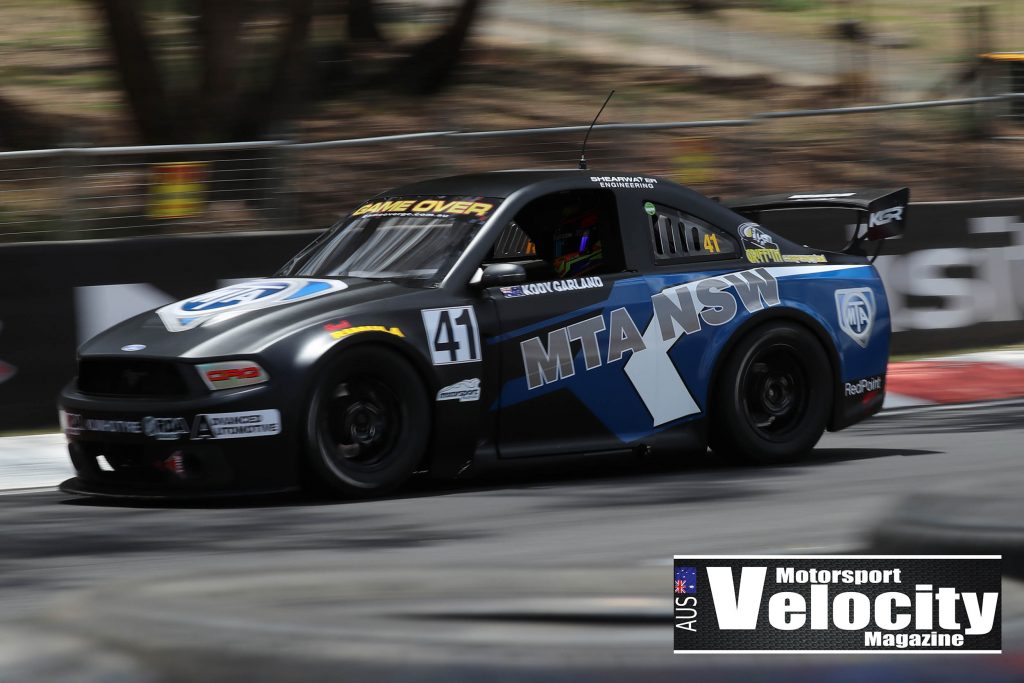 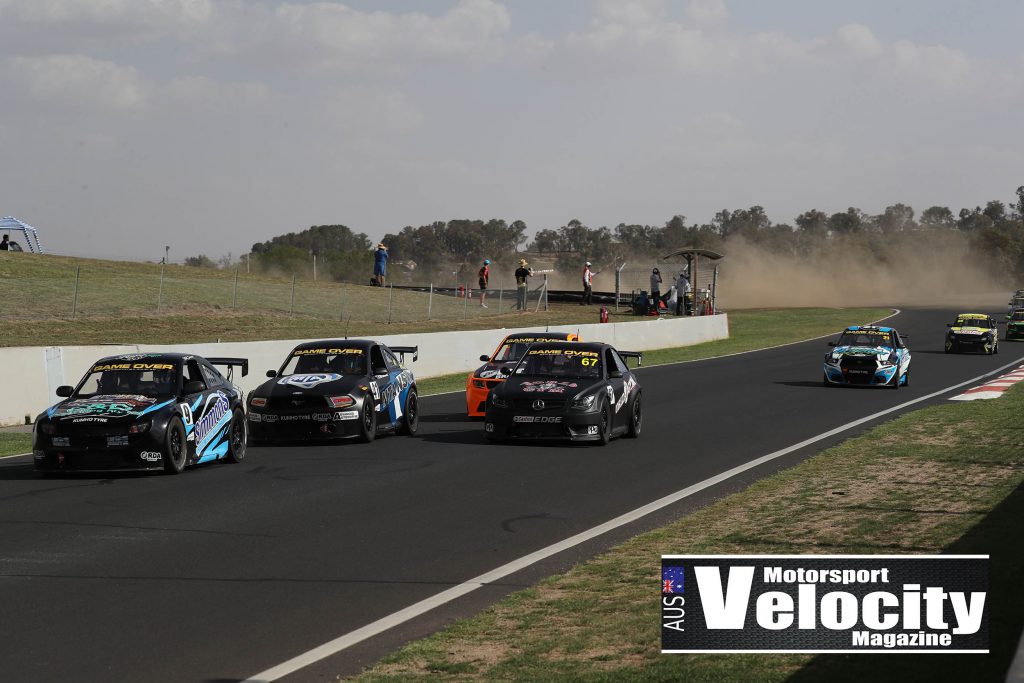 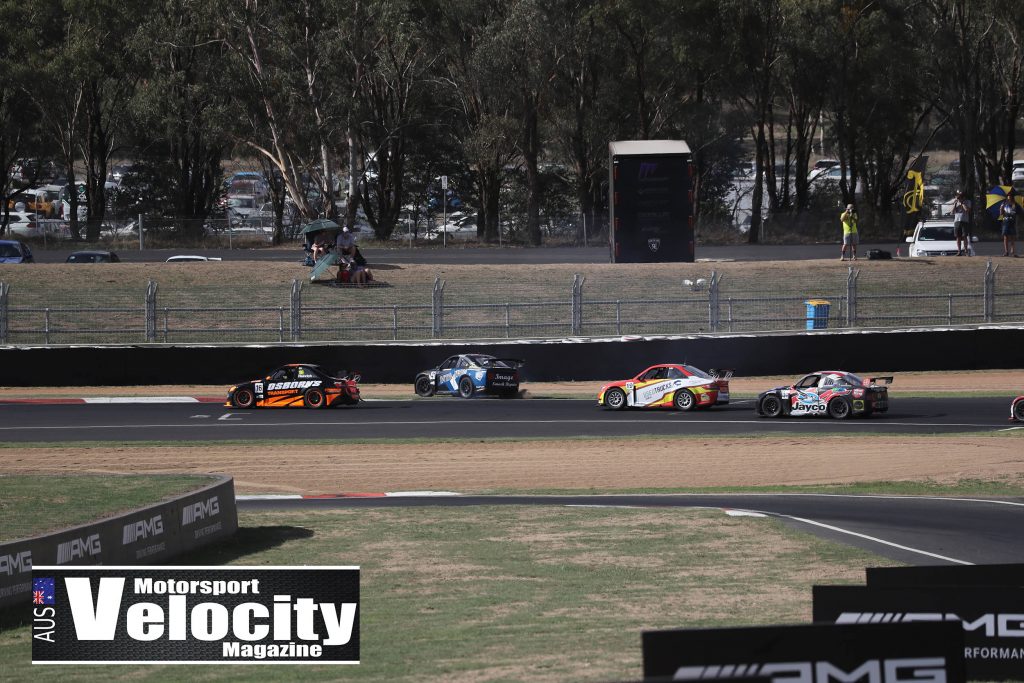 The last corner where Kody ended up – Photo: Velocity Magazine 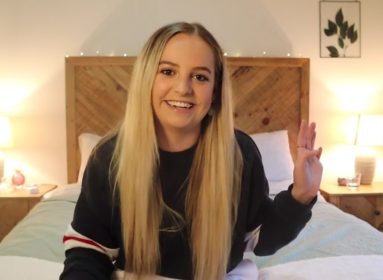 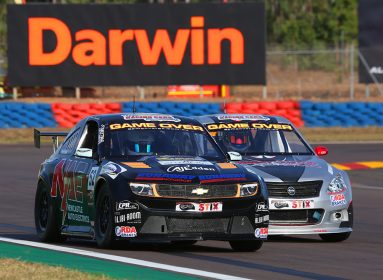 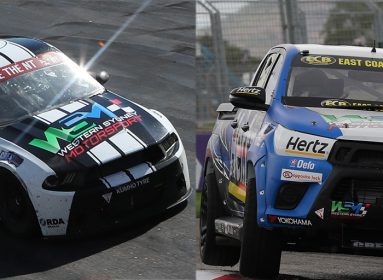