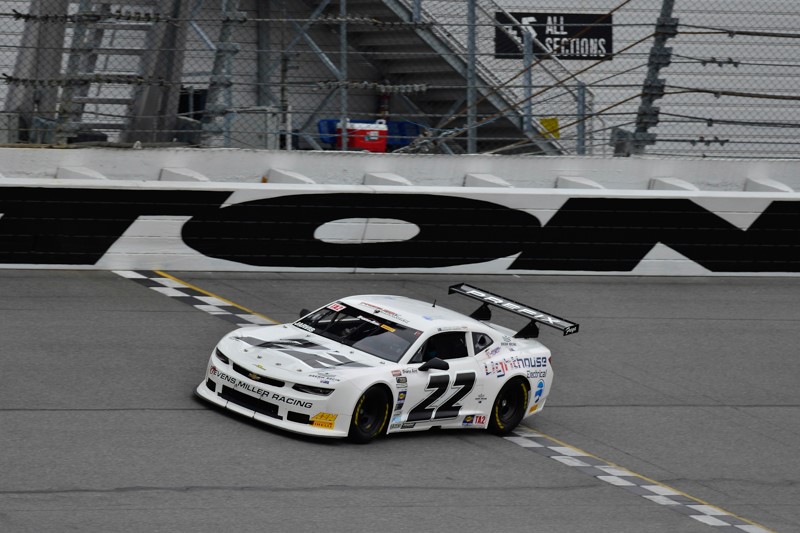 2018 TA2 Muscle Car Series champion Ashley Jarvis sat as high as fifth before being turned around in the final round of the American Trans-Am Series at Daytona International Speedway in mid-November.

The Gold Coaster reached a motorsport dream by racing at the world-famous Daytona road course in a round of the American Trans-Am Series in what was an opportunity presented to him as part of the prize pool for winning the TA2 Muscle Car Series in 2018.

Jarvis teamed up with leading American TA2 arrive-and-drive outfit Stevens-Miller Racing under the guidance of professional sports car racer Marc Miller, a twice previous competitor in the 24 Hours of Le Mans. He was also assisted by expat Australian Reece Richardson as one of the team’s mechanics.

The schedule of the race meeting saw one 30-minute practice session on Thursday, one 15-minute Qualifying session on Friday and one 65-minute race on Saturday for the 25-car field, completed in a single stint without pit stops.

A red-flag brought early in Qualifying saw Jarvis complete only two flying laps but put in a lap good enough for 13th position on his first visit to the circuit and his first drive in the American TA2-spec Camaro on the Pirelli radial tyre.

In a race that saw four caution periods, Jarvis charged through the field to sit in the top five after 16 laps and was lapping competitively against the series regulars, before he was turned around at Turn 1 by the #25 Chevrolet Camaro of Peter Klutt and finished 11 laps down in 20th position.

The race was won by Thomas Merrill in a Ford Mustang after a late-race battle with 16-year old NASCAR K&N Champion Sam Mayer as the pair swapped for the lead several times before a two-car incident on the front straight brought out a race-ending caution.

This arrangement continues the Australian TA2 series’ association with TA2 car constructer Howe Racing Enterprises and the Trans-Am Racing Company in the United States, which saw 2017 champion Russell Wright race at the Circuit of the Americas in 2018. This opportunity will also be presented to recently-crowned 2019 champion Aaron Seton.

The TA2 Muscle Car Series returns to the track at the Superloop Adelaide 500 on February 20-23.

VIDEO: Onboard with Ashley Jarvis, TA2 at Daytona, lap before contact

“We started 13th and got as high as fifth, we were running really good and going as quick as we had all week.

“I started the weekend seven seconds a lap slower than the quick guys and worked on myself and the car every session to get within two seconds of the leader.

“I was being fairly conservative in the first few laps on cold tyres and full fuel. We also made a setup change so was easing my way into the race.

“It was crazy out there, there were guys wrecking left, right and centre so we were keeping to ourselves and unfortunately some contact took us out of the race.

“We’re still really happy, we were doing so well and we were up to fifth before we were taken out but still super happy to have the opportunity to race here.” 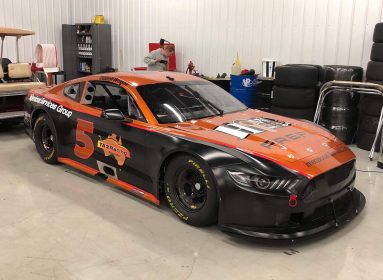 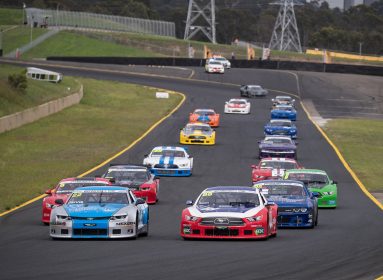 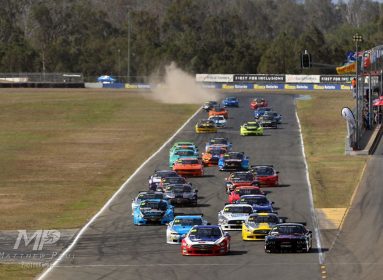