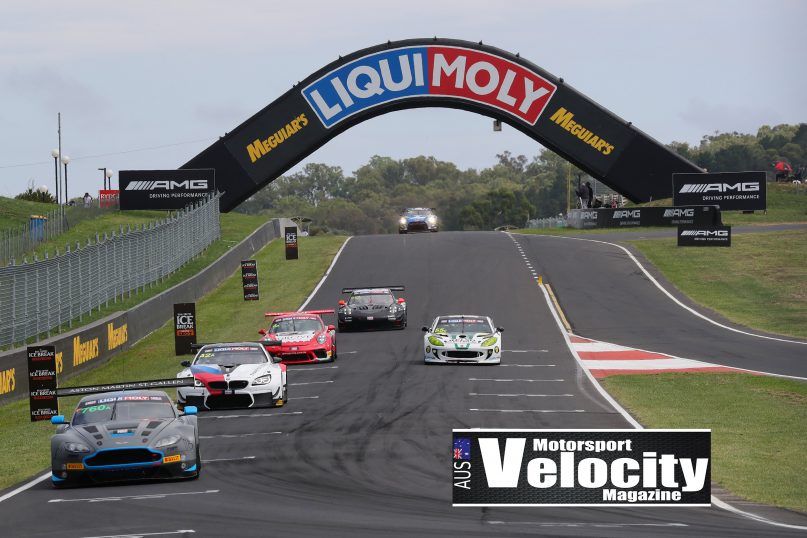 The final event of the 2019 Australian GT season will see a number of Australia’s leading GT3 teams contest the inaugural Pirelli AGT SuperSprint for just under four hours of track action on one of the greatest circuits in the world – Bathurst’s iconic Mount Panorama.

Unlike the previous seven events for Australian GT, the Bathurst event will not see track competition, rather a battle between the individual teams in four different categories, against the clock in three one hour open pit lane sessions, ahead of an all out assault on Christopher Mies 2018 GT3 lap record – 1:59.2910 – in a final 40-minute session where cars can run to FIA regulations, but without their mandated SRO ‘balance of performance’ restrictions.

Talking team-mates, Tander will be battling against Red Bull Holden Racing Team endurance series partner Shane van Gisbergen, although they will represent different marques, the New Zealander behind the wheel of the Triple 8 Race Engineering Mercedes AMG GT3 for the event, hot off the final round of the Supercars Championship final at Newcastle. Whether 2016 Bathurst 12-Hour winner van Gisbergen is joined by his Triple 8 team-mates Jamie Whincup and Craig Lowndes is open to speculation, however Lowndes has recently made no secret of the fact that to be prepared for the Supercars endurance championship next season, he needs his backside in a car turning laps..

With three AGT events at Bathurst – and the likely addition of the 2020 Pirelli AGT SuperSprint as a fourth – next year, starting with the season-opening Liqui Moly Bathurst 12 Hour in late January, the event provides an ideal opportunity for teams to test and prepare for the coming season, an opportunity many felt was too good to miss.

There will be a fantastic selection of teams and cars entered in the outright GT3 Championship, with a string of world class cars and drivers vying for that top time, including a number of drivers who have figured prominently in Australian GT in recent years, including 5-time Bathurst 1000 winner Steven Richards who will be reunited with the BMW M6 GT3 alongside car owner Dean Grant.

Alongside the returning BMW, the mighty Nissan GT-R NISMO GT3 will return to the mountain, with car-owner Brett Hobson joined by brothers Jake and Kurt Kostecki. The Kostecki family put on a strong show during the recent Bathurst 1000, whilst the GT-R has recently enjoyed a makeover with Garth Walden Racing, a refresh Hobson believes might just see the popular Japanese icon pushing for a time at the top of the sheets..

Amongst the new entries on the mountain will be the stunning McLaren 720S GT3 of 59Racing, the local team fielding an as yet unnamed driving team, which is expected to see an international flavour with the iconic British (NZ) marque keen to build some valuable data ahead of next year’s Liqui Moly Bathurst 12 Hour.

Another British marque that is no stranger to ‘The Mountain’ is Aston Martin, former Australian GT race winner Tony Quinn debuting his new twin-turbo V8 Vantage GT3 in Australia alongside New Zealander Dan Gaunt, whilst fellow circuit owners Sam and Yasser Shahin will join forces in The Bend Motorsport Park Mercedes AMG GT3 that Yasser has put to good use in recent seasons – the car campaigned by Triple 8 alongside the #888 entry of van Gisbergen.

Yasser Shahin comes off season victory in the popular Asian-based Audi Sport R8 LMS Cup, and is hoping to carry his title-winning performance over to Mount Panorama.

Brothers James and Theo Koundouris will return to Bathurst with their Audi R8 LMS GT3, whilst Mark Griffith will jump back behind the wheel of his Mercedes AMG GT3 off the back of a podium run at Sandown during the final round of the 2019 CAMS Australian GT Championship. Meanwhile former Audi GT4 campaigner Victor Zagame will make his Bathurst debut in his ex-Team Valvoline Audi looking for valuable miles on Australia’s most popular circuit.

Former Australian GT Trophy Series champion (2018) Nick Kelly will swap his generation two Audi R8 for his title winning R8 LMS ultra in a return to the mountain alongside Barton Mawer, joining Lamborghini regular Adrian Deitz who has taken on a leased Audi R8 ultra for valuable laps of Bathurst whilst his Huracan GT3 undergoes maintenance ahead of January’s 12 Hour.

The two Audis will be joined by Australian GT Trophy Series front-runner Joseph Ensabella in his Aaron Laboratories Porsche, whilst the 2013 Nissan GT-R NISMO GT3 also now becomes a Trophy Series car, although there’s every chance it will compete further towards the front of the field with Hobson and the two Kostecki brothers at the helm.

Trofeo Challenge will see a good mix of cars including the stunning green Lamborghini Huracan Super Trofeo EVO of Trofeo Motorsport. As yet a driver lineup has not been finalised, however with the pending Lamborghini category in next year’s 12 Hour, there is a long list of drivers keen to turn laps and gain valuable data. The team also finalising names for a run in their 12 Hour Pro-Am finishing Huracan GT3.

Newly crowned Australian GT, Trofeo Challenge Champion Nick Karnaros is entered in his Earth Electrical Porsche as is David Greig in his Daikin Porsche, whilst the twin MARC II Mustangs of Geoff Taunton and Adam Hargrave – who ran with Australian GT on the streets of the Gold Coast – are also entered.

The Pirelli AGT SuperSprint has also opened an opportunity for Radical Sportscars to compete alongside the GTs – stunning across the mountain, the top SR3s are capable of lapping in the 2:15 range, the naturally-aspirated 1500cc powerplants though losing their advantage on the run up and down the mountain. 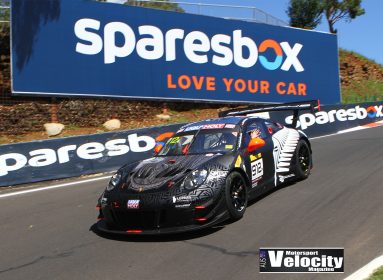 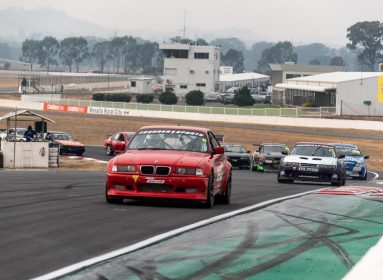 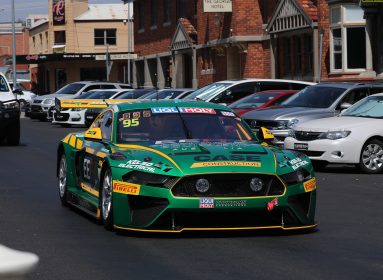