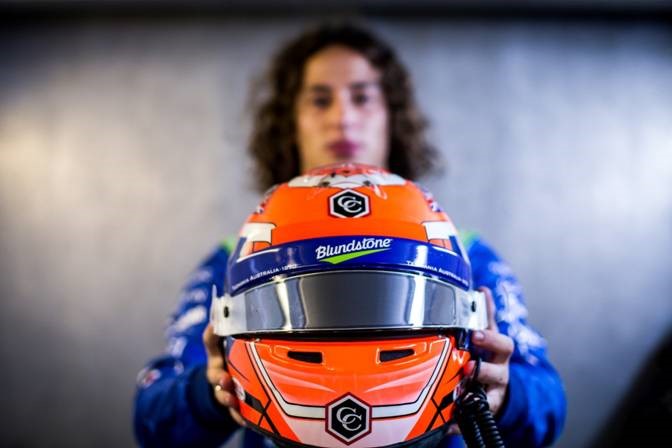 Alex Peroni has good reason to call his helmet his ‘good luck charm’. The helmet saved the young Hobart racer’s life in a horrific FIA Formula 3 Championship crash at Monza on September 7. He was also wearing it when he won a prestigious Formula Renault Eurocup race at Monaco last year.

But now the helmet, along with Peroni’s racing gloves and some parts salvaged from his Monza wreck, are up for auction at Wrest Point, Hobart, this Friday night (November 15).

Also going under the auctioneer’s hammer will be a host of luxury items and motorsport memorabilia signed by Formula 1 drivers.

The fundraiser, compared by popular TV presenter and motorsport enthusiast Glenn Ridge, will support Peroni’s return to motorsport in 2020.

“Naturally I’d love to keep the helmet, because together with the halo on the car it helped save my life and also because it’s the helmet I wore when I won at Monaco last year,” Peroni said.

Peroni was fortunate to escape from the 200km/h+ crash with a fractured vertebra. He’s hopeful of getting the medical all-clear in early-December to remove the back brace he’s had to wear, and resume training for the new season.

“I’m confident I can get back to a good level of fitness before pre-season testing early next year, but it’s going to take a lot of time in the gym, running and cycling,” he said.

“It’ll be hard work, but honestly I’m looking forward to it. The last few months have given me time to reflect on the future, and I’m more determined than ever to pursue my dream of becoming a professional racing driver.”

Peroni will be joined at the fundraiser by title-winning Formula 1 Team Manager and award-winning international motorsport journalist, Peter Windsor – the man responsible for bringing Nigel Mansell’s name to the motor racing world and taking Mansell right through to the F1 World Championship.

Windsor has flown to Tasmania after attending the United States Grand Prix in Texas, and has brought some special items donated by Formula 1 drivers to be auctioned on the night.

“Alex’s accident shocked the motor racing world, not only because of its severity but also because it was the result of a tiny, common mistake that hundreds of drivers make throughout the year,” Windsor said.

“We all want to see him fully recovered and back on the grid as soon as possible. I believe he has enormous talent, and given the opportunity which he deserves then he has the ability to go all the way to Formula 1.

“Unfortunately a driver’s natural talent and work ethic are only part of the prerequisites for success. Alex needs strong financial backing so he can compete on a fair basis with his peers, most of whom have had double his seat time testing and racing.

“Nevertheless he’s done exceptionally well in his career to date, winning a single-seater series in Europe in 2016, winning at Pau in 2017, and Monaco and Pau in 2018. Success on those street circuits says a lot about a driver’s ability.

“Alex made a good start to his rookie year in Formula 3 before his accident at Monza, and impressed many people with his hard work and dedication. Let’s hope he gets the support he needs to show his full potential in 2020,” Windsor said.

Tickets for Friday’s fundraiser will be available until the close of business tomorrow (Tuesday, November 12). Details are available at http://www.alex-peroni.com/

Bids on auction items can be registered before the event by contacting David Quinn (djq@bigpond.net.au ; Ph 0418 123 282).

The auction items include:

Tax deductible donations to support Alex’s return to motorsport can also be made via the Australian Sports Foundation  https://asf.org.au/athletes/get-alex-peroni-back-on-track/ 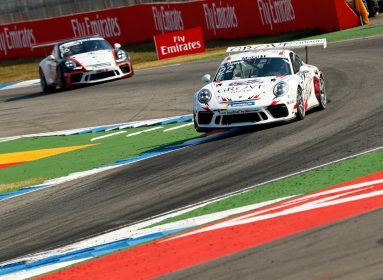 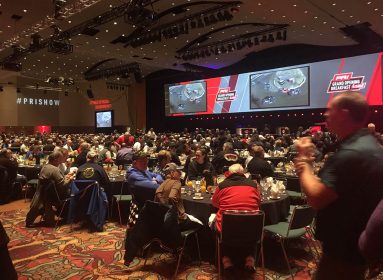 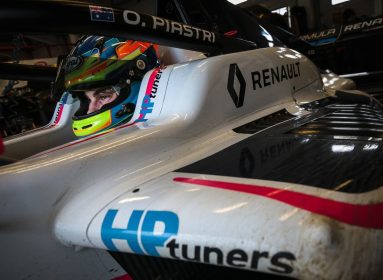