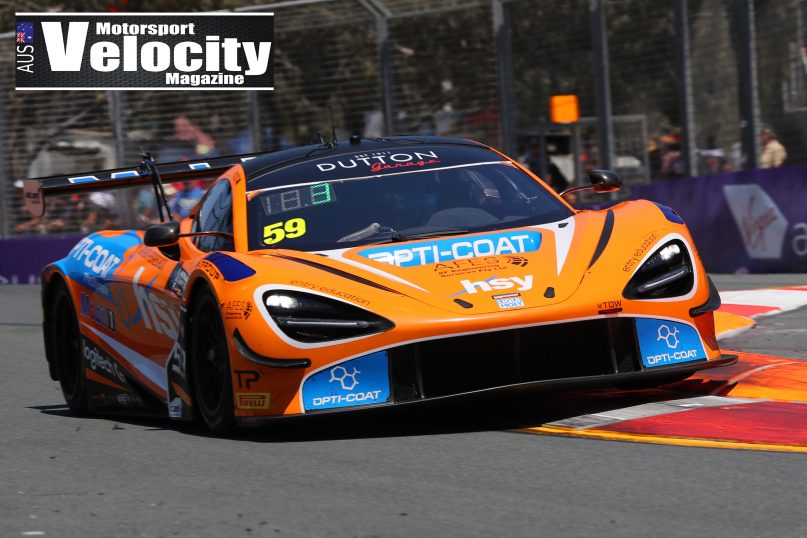 After some outstanding racing across the 2019 season of Australian GT, the championship comes to its conclusion at Melbourne’s Sandown Park Raceway alongside Supercars this weekend with the promise of an epic battle for the multiple titles on offer.

Two-time and reigning Australian GT champion Geoff Emery holds a comfortable lead in the GT3 Championship coming back to the circuit at which he claimed his maiden CAMS Australian Endurance Championship title just six weeks ago, but he will have his work cut out for him this weekend with three 40-minute races and a number of outright contenders to deal with.

During the final round of the endurance title, Emery struggled to find a comfortable rhythm in the #1 Valvoline Audi, but a stunning drive by team-mate Garth Tander, and a late race retirement by the Fraser Ross/Ryan Simpson McLaren saw the pair claim second to round winner Peter Hackett to take Audi’s maiden title in the longer form of the championship.

This weekend Ross and Simpson will return with the McLaren – which also holds a new lap record around the Sandown circuit (1:07.9639), whilst Emery’s closest rival in the championship – Eggleston Motorsport’s Peter Hackett – will also be back, looking to make it two Sandown round wins to cap off his 2019 season.

Throw in the returning Liam Talbot in the Trofeo Motorsport Lamborghini that took victory just a week ago on the streets of the Gold Coast in the hands of Ryan Millier, and former Sandown AGT race winner Tony Bates, and suddenly Emery’s 134-point series lead doesn’t look as comfortable as he’d like it to be, although with just 221-points available at Sandown, he also knows that Peter Hackett has a big job ahead of him..

Bates won’t be the only driver returning in the outright category, Queenslander Mark Griffith will be back in the saddle in his Mercedes-AMG GT3 for the first time since the Barbagallo round where he grabbed a podium finish in the final 40-minute race, the pair of them looking to turn some valuable miles ahead of the 2020 season.

Bates has been focussed on his Asian campaign this season in the AFS Audi R8 LMS GT3, and with the final round of the one-make Audi championship just two weeks after Sandown under lights on the Sepang Grand Prix circuit in Malaysia, Sandown presented a great opportunity to dial himself back in after more than two months out of the seat.

The Australian GT Trophy Series will be sadly lacking one of its stars, Melbourne teenager Ryan How unfortunately unable to repair his Audi R8 ahead of the round after such a strong run at Barbagallo – effectively paving the way for fellow Victorian Dale Paterson to claim the 2019 Trophy Series win in the crowd-pleasing Camaro GT3, although he’ll need to ensure he doesn’t have any setbacks with Joseph Ensabella also within mathematical reach of the title.

Nick Karnaros returns to Sandown looking for the inaugural Trofeo Challenge title for the one-make cars, the Porsche Type 991 GT3 Cup Car driver holding a strong points lead over the Trofeo Motorsport Huracan, whilst the returning David Greig will be looking to elevate his position in the standings after a strong run at the season opening Australian Grand Prix.

David Crampton slides back behind the wheel of the #50 Vantage Freight KTM X-Bow looking to make up for his late withdrawal from the Gold Coast, and with the title decided last time out, he will be keen to go after victory – this time though driving solo without regular co-driver Trent Harrison on board.

Having wrapped up the title at the Gold Coast, Justin McMillan and Glen Wood are sitting out the final round, allowing former KTM GT4 competitor Dean Koutsoumidis to jump back behind the wheel to take the fight to Crampton, the former AGT Trophy Series champion looking to put his recent prototype experiences to good use.

The teams are also competing this weekend for the honours in the Dutton Garage Sandown GT Cup – a two round competition that collects points from the two Sandown events in the 2019 series – Round#5 in September, and from this weekend’s three races. Currently Peter Hackett leads the GT3 points after his enduro round victory six weeks ago, whilst David Crampton is in the box seat to take the GT4 honours. Dale Paterson leads in Trophy Series, but his late race retirement last time out sees him needing a solid run this weekend, with Nick Karnaros in the box seat to take the title in Trofeo Challenge.

Whilst the battle for the championship and Dutton Garage Sandown GT Cup honours across the three races will be the feature, as always mother nature will throw her hat into the ring with the weather for Friday and Saturday harking back to the conditions the AGT regulars faced in September, with threats of rain and temperatures in the mid-high teens..

Whatever happens you can follow all the action LIVE (from qualifying on) on Fox Sports Australia (Channel 506) and Kayo Sports, although keep a close eye on your time zones, Melbourne having now moved to Daylights-Savings-time (AEDT)..

Further information and details from across the event will also be available on the Australian GT website and social media platforms – Facebook/Twitter/Instagram. 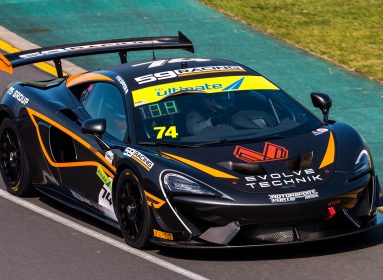 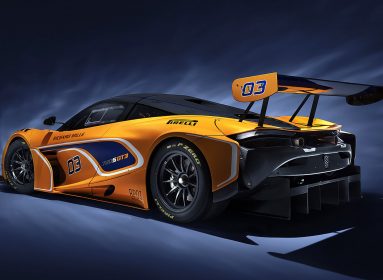 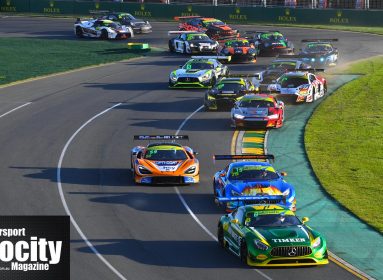