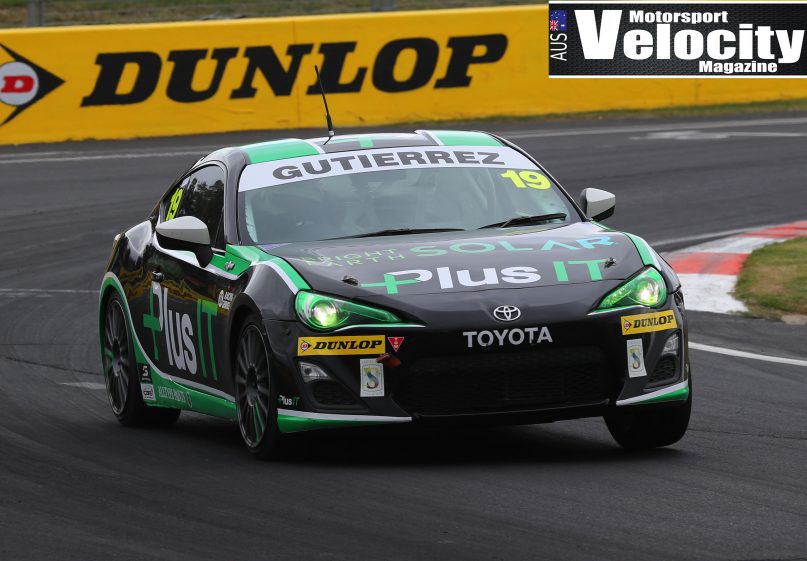 After a laid back start to the 2019 Toyota 86 Racing Series, South Australian racer George Gutierrez is ready to ramp things up for the final two events starting with this weekend’s penultimate round as part of the Virgin Australia Supercars Championship’s Sandown 500.

The Plus IT backed driver will be looking build upon the progress made at Bathurst a month ago, with the target of moving inside the top ten in the championship standings before the final round.

“I’m optimistic heading into Sandown,” said Gutierrez as he finalised preparations for the upcoming round.

“Last year we had a real mix of conditions at Sandown and didn’t get a lot of dry running. So we really don’t have a benchmark.”

“It looks like it’ll wet conditions again this weekend. Which is good, it evens out the field out a bit more and changeable grip levels will make the racing interesting. That’s for sure. I’m just really hoping that the conditions will be consistent.”

Gutierrez is also hoping that the street circuit like nature of Sandown will play to his favour, although he’s yet to see the recent changes to the circuit first hand.

“I really enjoy Sandown, its a bit like a street circuit, which we tend to do quite well at. Just look at Townsville.” Gutierrez continued.

“The track itself is quite unique with the different bitumen surfaces at different sections. Also to go fast you need to hit the curbs, plus there is that fast bit at the back which has had a change for this year.”

“So I’m hoping for a result, particularly as its the closest to being a home round for our major sponsor Plus IT. But I don’t really have any expectations.”

Gutierrez is just 64 points outside of the top eight in the championship, and with 300 up for grabs at Sandown.

The Toyota 86 Racing Series will be on track at Sandown, just outside of Melbourne with two practice sessions and qualifying on Friday before three races over the rest of the weekend. All the action will be broadcast live on Fox Sports, channel 506, as well as streamed online by Kayo Sports. 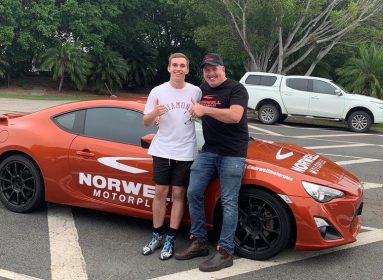 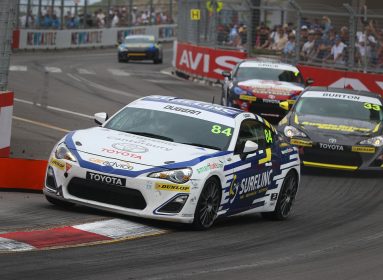 EIGHTH FOR DUGGAN IN T86RS FINALE 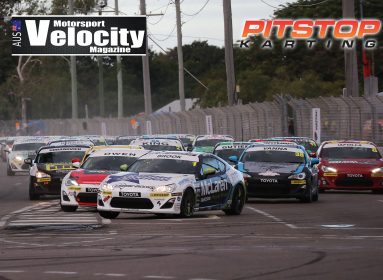