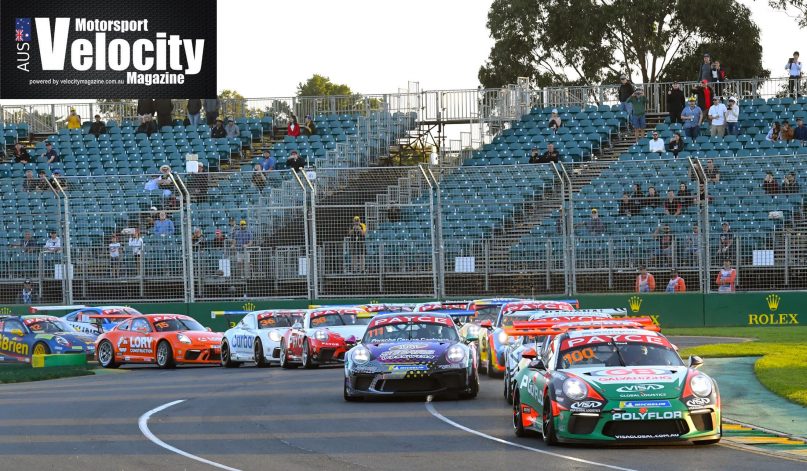 The 2019 Porsche PAYCE Carrera Cup Australia season will go down as one of the most competitive in series’ history.

2019 will be remembered as the benchmark year in Porsche PAYCE Carrera Cup Australia’s 15-year history, not only for the records broken and standard of competition but the success of the series both on and off the track.

The first stop on the 2019 calendar was the Superloop Adelaide 500 in South Australia. The opening round of the 2019 Porsche PAYCE Carrera Cup Australia season saw Porsche Centre Melbourne driver, Nick McBride take a spectacular clean sweep of race wins in the Pro class, while Anthony Gilbertson claimed the TAG Heuer Pro-Am round victory, despite an impressive final race from newcomer Liam Talbot.

Australia’s premier one-make championship would again feature as a Formula One support category for round two of the 2019 season at Albert Park.

While Dale Wood would take a solid points haul and the round win, his teammate Jordan Love proved to be the dominant Michelin Junior for the Melbourne round, placing third and second in the opening two races before winning race three and race four. Love’s prize for winning the Michelin Super Round meant he would embark on a unique trip to the FIA Formula E event in Germany for the Berlin E-Prix.

Love carried this form into Round 3 at the iconic Phillip Island circuit, winning all three races to complete a clean sweep of the weekend. Liam Talbot would again take the TAG Heuer Pro-Am race, while Stephen Grove took the round victory moving him into a tie for the top spot in the all-time winners’ list.

Cameron Hill would then deliver on the promise he had shown since joining the category in 2018 at Round 4 in Darwin. The Canberra driver took a superb pole position and a bold pass for the lead in the 33-lap Enduro Cup race at Hidden Valley, delivered a stunning win to the single-car family team.

The overall round victory in Darwin would go to South Australian Michael Almond, however, while Adrian Flack completed a sweep of all three races to win the Pro-Am class. Unfortunately, a massive accident between Love and Talbot saw Michelin Junior sent to the hospital with a broken hand, placing pressure on his Sonic Racing crew to ready the car in time for Townsville only two weeks later.

Following Almond’s victory in Darwin, the championship had witnessed four different outright winners from the first four rounds in the Pro class, while Adrian Flack added his name to three other winners after four rounds of TAG Heuer Pro-Am competition.

Townsville saw a future star take centre stage when Cooper Murray recorded a dominant clean sweep of race wins – making him the youngest ever victor in Porsche PAYCE Carrera Cup history. Of equal significance, was the efforts of TAG Heuer Pro-Am Roger Lago to not only break the outright pole record in qualifying for the street circuit but top the overall timesheet. This was the first time in Porsche PAYCE Carrera Cup’s history a Pro-Am driver had out-qualified the entire Pro field.

The crews then headed south and turned their attention to Round 6 of the Porsche PAYCE Carrera Cup Australia Championship in Tailem Bend, a fast, flowing South Australian track that is tailor-made for Porsche 911 GT3 Cup cars.

On the track, Jordan Love marked his return to peak form at the best possible time, sweeping all three races, the round and the lap record, while in the TAG Heuer Pro-Am class, Adrian Flack too completed a remarkable weekend via a pair of stunning Sunday performances.

After Pro-Am class rival Liam Talbot finished third outright in Race one, Flack repeated that performance on Sunday morning, before finishing fourth in the final race. That secured him a spot on the outright podium but also a comfortable win in his class over Talbot and Roger Lago.

Love’s crushing performance delivered the 20-year-old Sonic driver his first wins since Phillip Island in May and also ensured he sealed the Porsche Michelin Junior driver nomination towards the Porsche Shootout in Europe later this year.

With only two rounds remaining, the championship battle in both the Pro and the Pro-Am class was at fever pitch as the teams converged on the infamous Mount Panorama circuit in Bathurst for Round 6.

Jordan Love would complete a remarkable sweep – his third of the season – to top off his meteoric rise from his Darwin Injury and in the process reducing a more than 200-point deficit to zero in the space of just six races.

Adrian Flack, meanwhile, ceded the race lead to Liam Talbot in Bathurst’s final nine-lap affair but still emerged from the penultimate round as the new TAG Heuer Pro-Am class leader.

The 2019 Porsche PAYCE Carrera Cup championship titles would thus go down to the wire on the streets of Surfers Paradise on the Gold Coast in the final round.

David Wall ended a year-long race-winning drought by sweeping to victory in Race 1 ahead of title contender Love and Murray. Love’s second position not only extended his lead in the overall championship but also clinched the Enduro Cup championship for 2019.

David Wall would continue his winning ways on Sunday and go onto secure the round win and third position in the overall championship in the process. Wall became the sixth different winner from the eight rounds this year, while Sam Shahin also completed a round sweep to take out TAG Heuer Pro-Am honours.

The big story, however, surrounded the remarkable championship battle between Sonic Motor Racing teammates Love and Wood. Leading by 14 points entering Sunday’s two 17-lap sprint races, Love needed to only finish in front of Wood in each race to claim the championship.

But contact in Race 2 between the championship pair sparked tensions and produced a remarkable comeback drive by Love from the back of the grid to eighth. Wood was later penalised 15 seconds by race officials for his role in the incident; ensuring he finished seventh on corrected results and returning the title lead to his teammate in the process.

The pair started side-by-side in a tension-riddled season finale. In the end, Love was classified fifth and Wood seventh – following a post-race penalty for short-cutting the turn one chicane. The result ensured Love of the overall Porsche PAYCE Carrera Cup championship, backing up his 2017 title win in the Porsche Michelin GT3 Cup Challenge to showcase the strength of both the Porsche driver development Pyramid and Michelin Junior programs in Australia.

Liam Talbot’s victory in TAG Heuer Pro-Am was also only decided in the final race after a year-long battle with closest class rivals Adrian Flack and Roger Lago. Talbot, who claims the second title for Wall Racing in Carrera Cup history, ultimately won by just 30 points over Roger Lago, with Adrian Flack in third a further eight points back.

All the 2019 champions and past champions were celebrated in the series’ annual awards night on Sunday evening following the last race. On the night the 2020 Porsche PAYCE Carrera Cup Australia calendar was announced together with a two-year extension by series sponsor PAYCE.

The 2020 calendar aligns with rounds of the Virgin Australia Supercars Championship and the Australian Grand Prix, with the country’s premier support category encompassing an eight-round series headlining at Australia’s marquee motorsport events across the country. 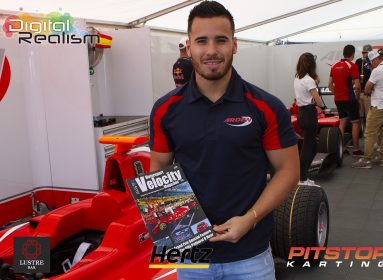 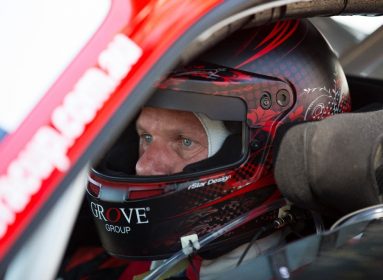 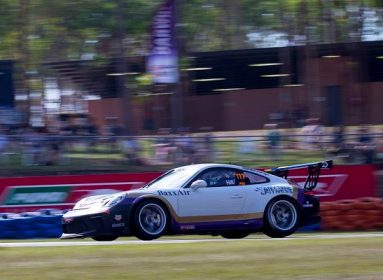