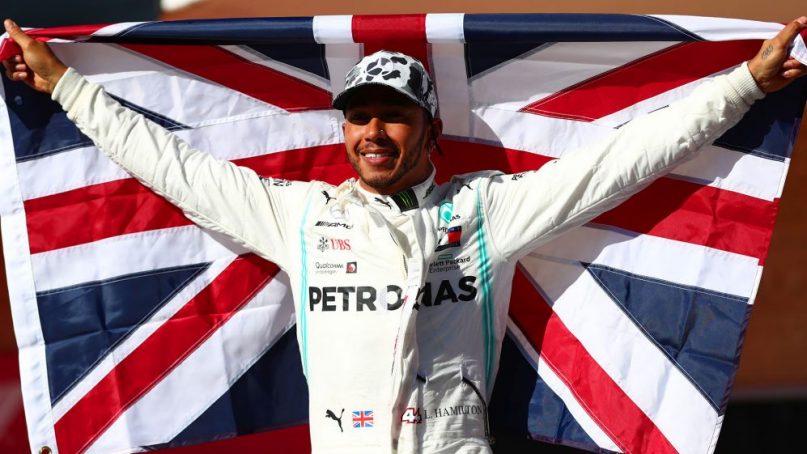 Valtteri Bottas won the US Grand Prix from teammate Lewis Hamilton and Max Verstappen. Charles Leclerc salvaged fourth while Sebastian Vettel was an early retirement after suffering suspension failure on lap nine in turn 9, his car rearing up frighteningly in a frenzied wheelie. 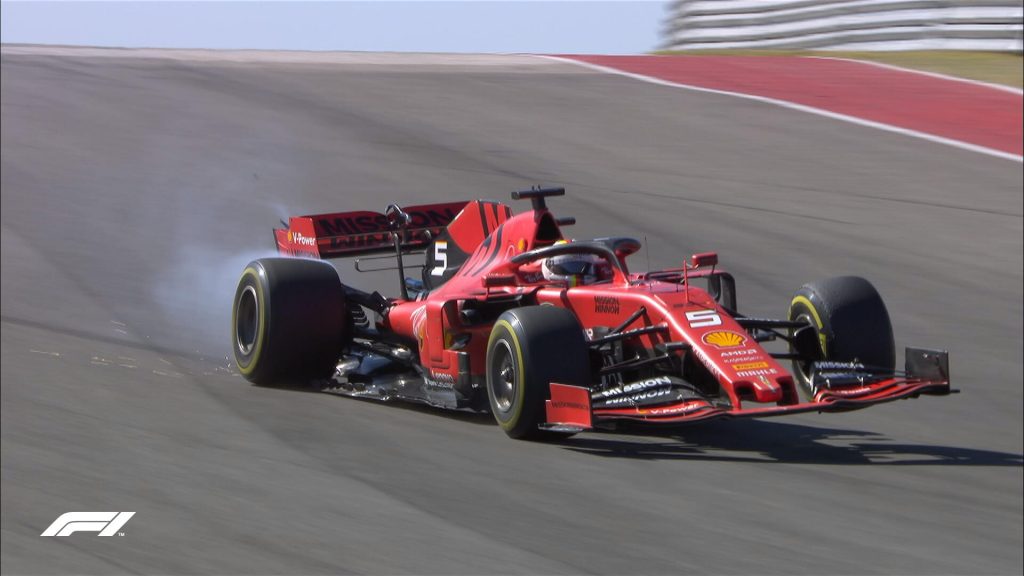 Alex Albon made a late pass on Daniel Ricciardo for fifth place with Lando Norris the last to finish in the lead lap. Carlos Sainz, Nico Hulkenberg and Sergio Perez rounded out the top 10.

A second place finish was enough for Hamilton to score his sixth Formula One World Championship crown. Bottas made an excellent start as both Ferrari drivers bogged down off the line. Verstappen grabbed second as Vettel attempted to claw back the place at the first corner. Lewis Hamilton avoided any contact and slotted into 4th behind Vettel as Albon was squeezed into the path of Sainz. Contact between the pair sent Albon’s Red Bull briefly into the air. The Thai driver continued with reported aero damage on his RB15 and came in at the end of the first tour to change onto mediums. The decision to check the car for damages and change tyres negated any potential gain from starting the race on the soft tyre option.

Bottas led Verstappen, Vettel, Hamilton and Leclerc as they headed into the esses for the first time. Vettel looked to be struggling, and as was soon passed by Hamilton and Leclerc. There was something amiss on the #5 Ferrari as the car lurched awkwardly at Turn 12. McLaren’s Norris and Renault’s Ricciardo also passed Vettel. Eight laps later he appeared to suffer right-rear suspension failure after running over the exit kerb of Turn 9. That left Bottas leading from Verstappen, Hamilton and Leclerc, with Ricciardo in fifth having nipped past Norris for the position on Lap 8.

Lap 13 and 14 saw Verstappen and Bottas pit respectively, both drivers taking on hard compound tyres. Such was the pace deficit shown by Leclerc early on that Bottas had then passed him for second place within two laps, with Verstappen getting through a lap later for third. Bottas, in fact, was showing blistering pace on his new hards, lapping consistently two seconds a lap faster than leader Hamilton, meaning that he’d closed up to the back of his team mate by Lap 23. Hamilton was called into the pits but demurred, asking to go longer and leaving his mechanics standing awkwardly in the pits holding his hard tyres.

Bottas was left to “attack” (his engineer’s words) Hamilton on merit the following lap, with the Finn passing easily down the back straight, before Hamilton dived straight into the pits for those hards.

The battle lines seemed drawn, then, Bottas and Verstappen in first and second apparently set for a two-stop while Hamilton in third, as in Mexico, would try and make a one-stop work. Leclerc was in fourth – but a 7.7s first stop, on top of his lack of pace, had effectively ruined any chance of the Monegasque driver giving Ferrari a second straight win at COTA.

Verstappen’s second stop – for mediums – came on Lap 35, dropping the Dutchman into third, while Bottas again followed suit a lap later and emerged second, 10 seconds adrift of Hamilton with 20 laps to go, with Verstappen lurking with intent just behind.

Further down the order, Albon was enjoying a fantastic recovery, making the pace advantage of his Red Bull over its midfield equivalents work for him to carve his way through the order, working his way up to fifth by Lap 38, after passing Ricciardo’s Renault.

But all eyes were on the battle between the top three. As it was in Mexico, Hamilton appeared edgy about his chances of eking out the tyre life of his tyres, with his returning engineer Pete Bonnington admitting the team were “concerned” about whether they would last the distance, and suggesting Hamilton stopping again and settling for P2 might be a better idea. “We have to stay out then,” replied Hamilton.

He did just that – and while the tyres could last, Hamilton’s hold on the lead could not. Bottas tried to pass him team mate on Lap 51 of 56, only to be rather rudely rebuffed. But a lap later, the Finn was clinical, sweeping into a lead down the back straight that he wouldn’t relinquish, eventually crossing the line four seconds up the road from Hamilton to claim his fourth win of the year.

Behind, Verstappen was on a charge in the final laps, but the Dutchman ultimately ran out of time to make a dart for Hamilton’s second place, ending up less than a second behind the Mercedes at the chequered flag, as Leclerc and Albon rounded out the top five, Albon having managed to stop again on Lap 41 and still find his way back to fifth on soft tyres.

Eighth last time out in Mexico, a fantastic race from Daniel Ricciardo saw him go two better in Austin, ahead of the McLaren pairing of Norris and Sainz – whose fears of a drop-off in their cars’ performances didn’t manifest. Nico Hulkenberg came home ninth, while a second last-lap crash in as many races for Daniil Kvyat saw him handed a five-second post-race penalty, dropping him from 10th at the line to 12th, and handing a point to Racing Point’s Sergio Perez, with whom he’d collided.

“It’s a nice win, feels good. I’ve just felt very good since yesterday in the car and we had strong pace so very, very happy with the win. It was the only thing I could really focus on and do this weekend in terms of the championship. Obviously, it wasn’t enough and Lewis got the title. Obviously big congrats to him. I personally failed on my target this year. There’s always next year but he deserves it. He had a strong season.” – Valtteri Bottas.

After two weeks on the road, Formula 1 takes a little pause for breath before returning to the Autodromo Jose Carlos Pace in Sao Paulo – more commonly known as Interlagos – for the Brazilian Grand Prix on November 15-17. And with both drivers’ and constructors’ titles now decided, they can enjoy some out and out racing in the final two rounds of the 2019 season.