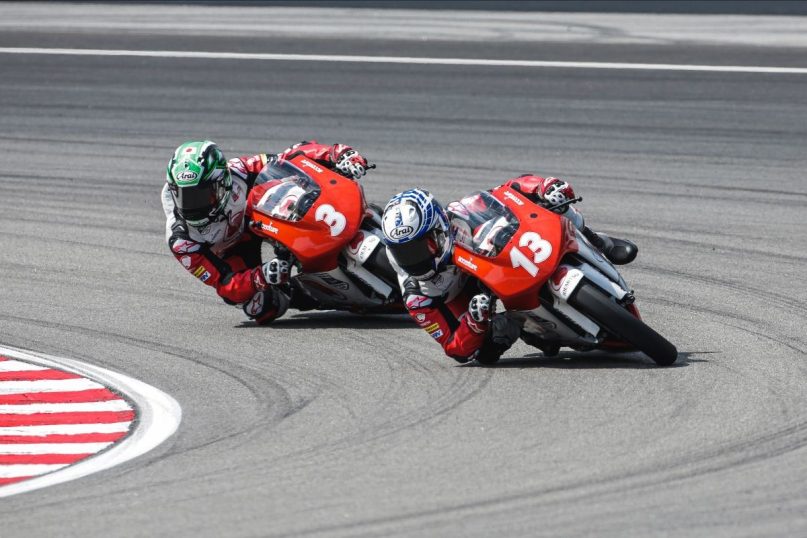 Syarifuddin Azman won the final race of the season in Race 2 of the Idemitsu Asia Talent Cup at Sepang International Circuit, putting the Malaysian flag the top step of the podium on home turf. The man he beat to it was Sho Nishimura, who took second place after a race-long duel and secured himself the title of 2019 Idemitsu Asia Talent Cup Champion as key rival Takuma Matsuyama crashed out early. Third place saw Indonesian Adenanta Putra emerge from a huge battle to take an emotional podium as the riders went racing in memory of Afridza Munandar.

Off the line it was Nishumira who got the best initial start, but Azman was the latest on the brakes as the Malaysian sliced through to take the holeshot. That left Nishimura in second and Matsuyama shuffled down to third, but the first drama hit before the end of the lap.

Locked on to the back of Nishimura, Matsuyama looked like a man on a mission before it suddenly all went wrong, the number 11 overcooking it and sliding out of third – as well as likely ending his chances at lifting the Cup. Would Nishimura be able to capitalise?

The answer was yes. He and Azman disappeared into the distance in an impressive duel, the Malaysian more than able to keep the pace of one of the eventual Cup winner. More than that, he was also able to attack and held the lead heading onto the final lap – before Nishimura struck back at Turn 1.

It didn’t last long. A few corners later the Malaysian swept back around into the lead, and that left Nishimura with the work to do. Could he keep the pace? As Azman stretched his legs even further in the lead, the number 3 machine in second instead started looking behind him. And for Azman, that was enough to reward his impressive ride with a first win of the year. Nishimura’s second, meanwhile, was enough to reward him the title of 2019 Idemitsu Asia Talent Cup Champion.

The mammoth fight for third was won by Putra as he fended off fellow Indonesian Herjun Firdaus, with Australian Jacob Roulstone impressing in fifth. A number of riders fell out that fight after some drama at the final corner though, with Tatchakorn Buasri, Shoki Igarashi, Harrison Voight and Kanta Hamada all failing to finish.

Sixth went the way of Piyawat Patoomyos as he got the better of Hildhan Kusuma, with Warit Thongnoppakun taking eighth and the last of that big fight for the podium to finish. Luke Power and Kadir Erbay duelled it out to complete the top ten in that order.

And so, Nishumura takes the crown and Matsuyama is the runner up after a close season of competition in the IATC, with the two Japanese riders having had a big share of the wins between them. But we complete the year thinking of and racing for the late Afridza Munandar, who was confirmed as classified third overall after an emotional season finale. His award was collected by mechanic Daniel Parrado in his memory. 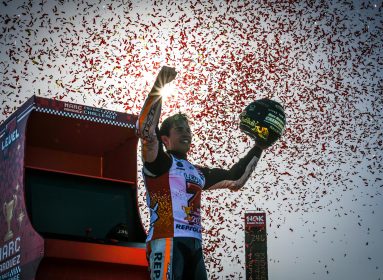 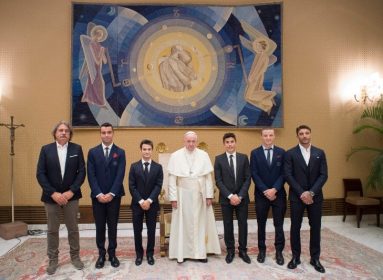 MOTOGP RIDERS MEET THE POPE AT THE VATICAN 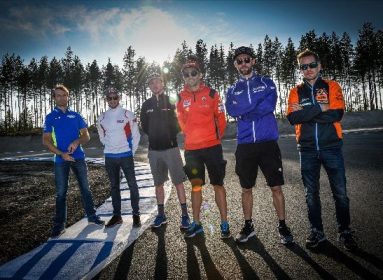