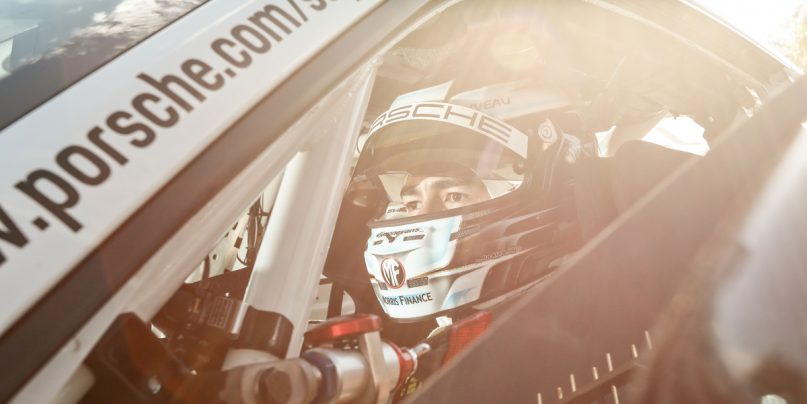 These were really exciting months for Jaxon Evans: he moved to Germany early this year and shares a flat with Matt Campbell since then. Together with racam.de the New Zealander looks back on the first months in Europe and everyday’s little problems so far away from home.

First title in Europe
“I’m really happy about this title, although I’m no rookie in the Porsche 911 GT3 Cup car any more“, Jaxon Evans said on Sunday afternoon at Hockenheim. He just had finished second in the last race of the Carrera Cup season in Germany and at the same time clinched his first title in Europe: rookie champion in the Porsche Carrera Cup Deutschland.

Invitation to the Junior shoot-out
Evans definitely is no newcomer at the wheel of a Porsche cup car: since 2015 he’s been driving Porsche race cars, making his first steps in the Porsche GT3 Cup Challenge Australia. From there he worked his way up and won his first national title in 2018 when he was champion in the Porsche Carrera Cup Australia.

This championship win secured him the invitation to the Porsche Junior shoot-out in Le Castellet. End of November he got the great news: Evans was the new Porsche Junior for the 2019 season. He had convinced the jury to pick him out of drivers from all over the world, amongst them also Larry ten Voorde.

It’s colder in Germany
Evans was just cruising around with his girl friend when he got the phone call and the great news from far away Germany. All of a sudden, Germany was not so far away any more, because 22-old Evans quickly decided to move to Stuttgart. “What I was thinking on my arrival? It’s really cold here! It was summer in down under when I left, so I needed some time to adapt”, the Porsche Junior remembers the moment of his arrival at his new home town Stuttgart.

A new country also brings along certain challenges, and this was the case especially in terms of communication. Evans was happy to have his mate Matt Campbell at his side. Campbell is Australian and was the Porsche Junior in the 2017 Porsche Mobil 1 Supercup. Back then he was in a similar situation as he also had moved to Stuttgart and knows what it means to get used to a life far away from home. So Campbell and Evans decided to share a flat at the beginning of the year.

Getting out of the comfort zone
Campbell, who by now is Porsche Young Professional, helped Evans with the small problems of everyday’s life. “Especially language is a problem in the beginning, even when you’re just looking for something in the supermarket. When I go to the hair dresser, I still show him a photo of the haircut I like, that is always funny”, the Porsche Junior tells us with a smile. However, it was a rather difficult experience for the young New Zealander to leave family and friends behind on the other side of the world. “In the beginning it was really hard to be so far away from my family, friends and my girl friend. Of course I know that this is the way it has to be if I want to succeed as a racing driver – you have to break out of your comfort zone, that’s part of the game”, Evans admits. In exchange he got something that other young drivers are dreaming of: Jaxon is on his way to a professional racing career that makes his living. So he doesn’t regret the decision to have left his home country and find himself racing in Europe now. He is rather looking forward ”to all the exciting experiences that are still to come“.

All new
Not only the aspects of private life have been a challenge, also in terms of racing the young man from New Zealand had to learn a lot: all the race tracks in the calendar of the Porsche Mobil 1 Supercup and the Porsche Carrera Cup Deutschland were new to him. However, Evans doesn’t consider this being a disadvantage, neither takes it as an excuse if something doesn’t work out the way it should. “As a professional racing driver you have to be able to adapt quickly to a new surrounding and a new race track”, the 22-year-old shows thankful for this kind of experience.

The most difficult thing for Jaxon still is to always interpret the changing conditions of the track in the right way. “You can prepare really well in the simulator, and I do a lot of sim racing. Once you’re out there on the track, you have to cope with the changing conditions throughout the weekend in terms of weather, temperature, rubber on the track and so on – these things of course you don’t learn in the simulator”, he explains the special challenge of a race weekend. Of course Jaxon gets a lot of support from his team, in the Supercup as well as in Carrera Cup Deutschland: he has the chance to study onboards and data provided by his team before every race.

Dreaming of Le Mans
Towards the end of the season, things were going better recently for the New Zealander –who is driving with an Australian licence by the way. In Monza, Evans took his first pole position in the Porsche Mobil 1 Supercup, and at Hockenheim it was the first pole in the Carrera Cup Deutschland. Before the last Carrera Cup weekend at the Sachsenring, Jaxon was leading the rookie championship with 90,5 points – unreachable for second placed Leon Köhler, so Evans already could celebrate his first title in Europe before the season’s finale was done.

Of course this is not supposed to be the end of his way towards his professional racing career. “The next step would be to win a Supercup race, if possible already at the final round of this season in Mexico”, Jaxon shows his motivation and continues to look ahead: “My dream is to win the Le Mans 24hrs in a Porsche, this would be the ultimate experience for me”. The legendary Le Mans marathon makes his heart beat faster and plays an important role when defining his goals. . mb 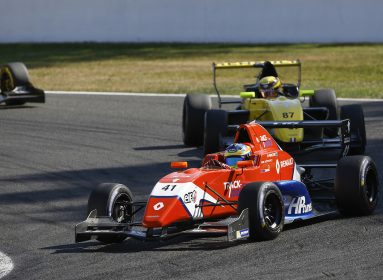 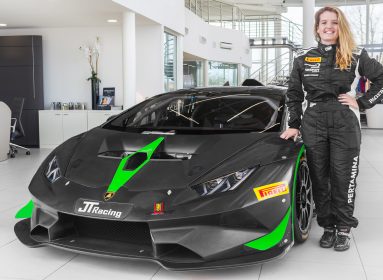 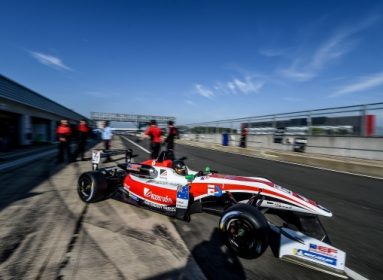 CALAN WILLIAMS TO EUROFORMULA OPEN FOR 2019