TICKFORD TAKES ON THE MOUNTAIN 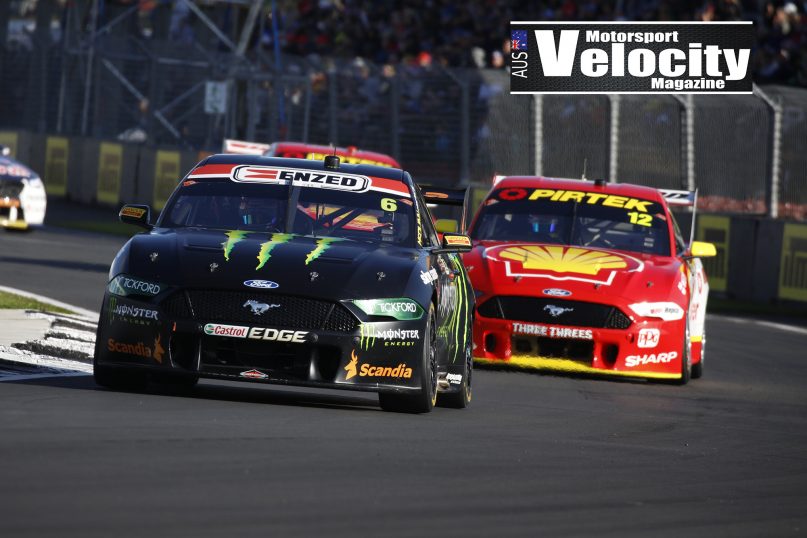 Leading the team into the weekend is Chaz Mostert (No. 55 Supercheap Auto Ford Mustang), who sits third in the championship after 11 rounds. Joined by returning co-driver James Moffat, Mostert is looking to replicate his 2014 performance, where he won the Great Race in thrilling fashion.

Newly re-signed Cameron Waters (No. 6 Monster Energy Ford Mustang) will be joined by ace co-driver Michael Caruso as the pair kick of their endurance season. Waters enters the weekend seventh in the championship, having finished runner-up in Race 23 at Pukekohe last month.

Two-time Bathurst 1000 winner Will Davison (No. 23 Milwaukee Racing Ford Mustang) enters the weekend ninth in the championship and is joined once again by his brother Alex, the fourth time in which the two have been paired together.

Lee Holdsworth (No. 5 The Bottle-O Ford Mustang) heads to Bathurst with confidence in his car after strong showings at Tailem Bend and Pukekohe. After displaying front-running pace in New Zealand, Holdsworth and rookie co-driver Thomas Randle are optimistic of their chances at the Mountain.

On track action at the Supercheap Auto Bathurst 1000 begins Thursday with practice, qualifying on Friday, the all-important top ten Shootout on Saturday and the 161-lap epic on Sunday.

WHICH WILL FEATURE ALL TICKFORD RACING’S CARS.

DRIVERS’ VIEW
No. 5 The Bottle-O Ford Mustang
Lee Holdsworth
“It’s a bit different starting the enduros with Bathurst first up, we usually have Sandown to blow the cobwebs off, but Thomas and I feel comfortable. Obviously I’ve been in the car all year and Tom’s been racing Super2 for the team, so we’re both race fit and in the team system, so we’re in a good spot. I’m feeling really confident, it’s the first time in a long time that I’m going to Bathurst with a car I’m confident in, so I think The Bottle-O Mustang will be on song, and I’m really looking forward to getting out on track.”

Thomas Randle
“I’m very excited for this weekend. Lee’s been really strong in the second half of the year, so I think he’ll get the car on the pace, and for me it’s just about doing the best I can in the co-driver role: going fast, but bringing the car back in one piece. It’s really a dream come true to be going into my first Bathurst 1000, Lee’s been great to work with, and we’re looking forward to hopefully a very strong weekend for The Bottle-O Racing Team.”

No. 6 Monster Energy Ford Mustang
Cameron Waters
“Our preparations for this weekend have gone really well. We had a really good test day last week, we’ve done our homework, and now all that’s left is to go out and see what we can do. We have a really fast car – the whole team has fast cars – I’ve got a fast co-driver in Michael Caruso, and I think if we can put it all together we have a genuine shot at standing on the podium, which would be pretty special.”

Michael Caruso
“The enduro season is an exciting time of the year, and to be heading to Bathurst first up is something we have never done before. Cam and I are in great shape after the test day last week and everyone in our team are motivated which is fantastic to be around. Bathurst is always a special event and I can’t wait to have my first race in the Monster Energy Mustang.”

No. 55 Supercheap Auto Ford Mustang
Chaz Mostert
“I’m stoked to be heading to Bathurst, obviously it’s the race everyone looks forward to most in the year, and I really can’t wait to be back at the Mountain. It’s great to have J-Moff back in the car, we put him in some tough positions last year and he did an amazing job. The co-driver field is really strong this year so it’s good to know we can lean on him when we need to. There isn’t much of a championship fight this year so everyone’s going to throw everything at Bathurst. It’ll be a really tough race, but hopefully we’re fighting amongst it when we get to those last 20 laps and can give the Supercheap Auto Mustang a run for the podium.”

James Moffat
“I’m looking forward to getting up to Bathurst, I’ve been waiting for this race to come around all year! Chaz and I like the same feeling from the car and I’ve enjoyed driving the Mustang on a few occasions throughout the year, so I’m looking forward to taking it around the Mountain. I feel like we know each other better this year and that should allow us to play to our strengths. Chaz and team have been performing well lately and we will work hard on continuing that form across the endurance races starting this weekend at Bathurst.”

No. 23 Milwaukee Racing Ford Mustang
Will Davison
“Huge week ahead at Bathurst, and an event that means a lot to our sport. I’m focused and excited to tackle the Mountain again, especially with my brother by my side. I feel we have the ingredient there, and the Milwaukee Racing camp has some form heading in. It’s a race where anything can happen, so I’m open-minded and ready to grab any opportunity. The car has been great all year so I can’t wait to let it loose around the Mountain. The aim is to be right amongst it come Sunday afternoon, so we’ll give it our best shot.”

Alex Davison
“With Will and the team running so well I’m super exited to be heading into the enduros this year. It will be the most competitive car I’ve had at Bathurst in a long time, maybe ever, so obviously Will and I will be doing all we can to put together a solid weekend. It goes without saying that we would love to stand on the podium together at Bathurst, and we’ll be giving it our all to do that this year.”

Tim Edwards, Team Principal
“Judging by our last few rounds and a very positive test day last week, we’re really looking forward to this weekend. We’ve made notable gains in the last couple months in our cars, which has shown in the results, and we head into the biggest race of the year with four cars that genuinely have a chance to compete for the top spot. It’s still Bathurst, anything can happen, but we feel we’ll have the car pace to be at the front when it matters.” 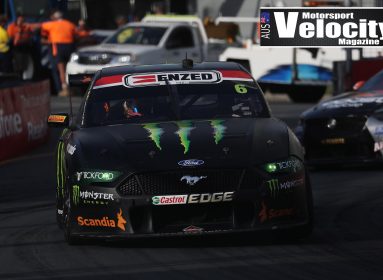 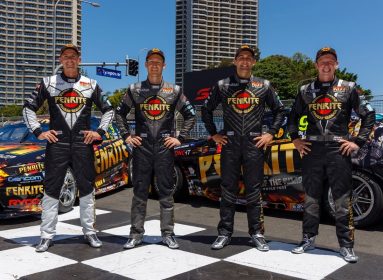 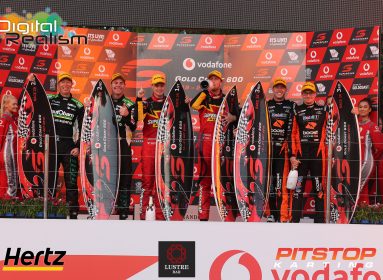 MOSTERT WINS RACE 26 ON GC MCLAUGHLIN BACK ON TOP