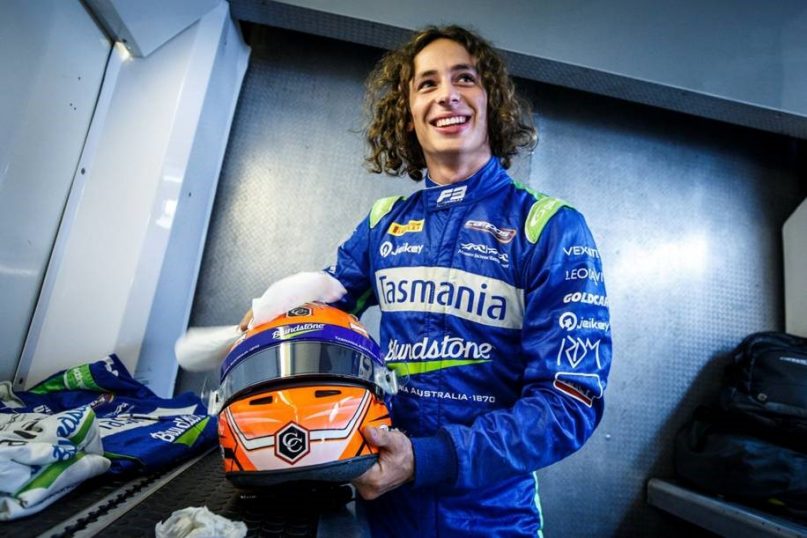 Four weeks after Alex Peroni’s 200+km/h aerobatic race crash at Monza, the young Australian has confirmed his desire to return to racing in 2020, albeit later than he had hoped.

Peroni, 19, hit the headlines on 7 September this year after his Dallara single-seater flew high into the air during the FIA Formula 3 Championship race at the Italian Grand Prix.

From then Peroni was a passenger as his orange race car spiraled skyward before landing heavily upside down on top of a trackside tyre barrier. The severely damaged machine then flipped rightside up and came to rest against the catch-fencing beyond.

The crash was triggered by the car running over a ‘sausage’ curb just off the racing line at Monza’s notorious, high speed, final Parabolica corner.

The FIA is investigating the incident, although the timeframe is unknown. Peroni and his supporters are hoping for a thorough but quick investigation with the findings to be made available as soon as possible so that further incidents of this type are avoided during the 2020 season.

After the accident Peroni was taken to a nearby Monza hospital, where concerns over his fractured vertebra prompted doctors to order him to wear a body brace for the trip home to Hobart, Tasmania, several days later. Peroni also suffered concussion in the accident, but has shown no further symptoms.

On arrival in Tasmania his doctor referred him to a neurosurgeon, who ordered new scans that confirmed his back should heal completely without the need for surgery. Moreover, Peroni should be able to return to racing with no lasting ill-effects.

The neurosurgeon advised however that the recovery will take three months instead of the initial estimate of 30 – 60 days. The additional time is essential to ensure Peroni’s bones have regained full strength before he begins fitness training.

Peroni has been ordered to rest, and wear a back brace when sitting or standing for the duration. Walking is fine and encouraged, but nothing strenuous.

Naturally the aspiring Formula 1 racer, who had held outside hopes of making his planned debut in the Macau Grand Prix in November, is greatly disappointed about the extended recovery period.

“I can’t wait to get into the gym and then back on the racetrack, but for now a gentle walk is as good as it gets,” Peroni said. “Even light weight training is out.

“Hopefully I’ll be able to do some gentle resistance work in the pool in a month or so. At least it will be a start.

“I’m gutted to have to sit out the rest of the year, just when I was heading for my best race result in the championship. But for now there’s nothing I can do – it’s all up to the medical experts.”

Peroni expressed his appreciation to everyone who sent him supportive messages, privately and via social media, since the accident.

“I’ve said it before, but honestly I can’t say it enough – thank you so much to my sponsors, supporters and the thousands of well-wishers who sent messages,” he said.

“It’s been humbling to know so many people genuinely care and support what I’m trying to achieve in Europe, so far away from this beautiful island, Tasmania, at the bottom of Australia.

“Thanks also to everyone at Campos Racing in Valencia. Their support has been unbelievable. They made me feel at home all year, and have continued to do what they can to assist since the accident.”

Peroni’s manager, David Quinn, said the positive prognosis is excellent news for the young racer, not to mention a great relief to his family and friends.

“Alex’s health has been our number one priority since the accident, so the neurosurgeon’s report was very reassuring,” he said.

“Thanks to everyone, including the media, for giving Alex peace and quiet since the accident.

“The last couple of weeks have been important for the commencement of his physical recovery, and to provide time for him to reflect on his future, even though there was never any doubt of his passion to return to racing and compete at the highest level.

“There’s also been the FIA investigation to consider, and we haven’t wanted to get drawn publicly into that process. Just like Alex and his physical recovery, we have to be patient while the FIA completes its investigation, but we hope to see something finalised over the next couple of months.

“Our next task is covering the cost of Alex’s car, which was a write-off in the accident, and securing a budget to race competitively in the 2020 FIA Formula 3 Championship.

“For that we need funding for adequate pre-season testing as well as the championship itself. This year Alex’s lack of resources for this crucial testing compared to the front-runners was evident as soon as the series started.

“We want him to be able to compete on equal terms next time.

“We’re talking to Alex’s current sponsors and supporters, and would love to hear from anyone else who’d like to help him in 2020. It’ll be a great comeback story, providing we can secure the necessary funding,” Quinn said.

A major fundraiser, Get Alex back on track, is planned for November 15. Details will be released soon. 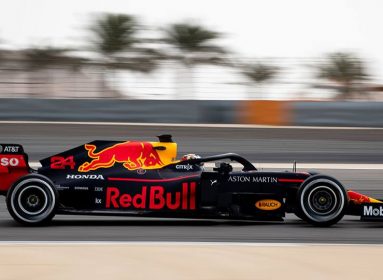 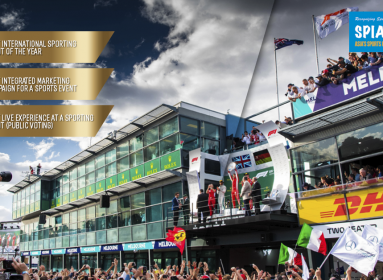 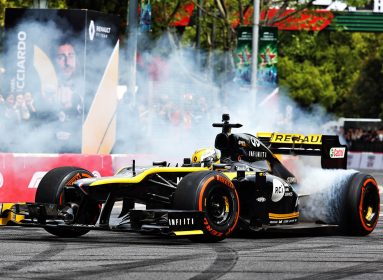